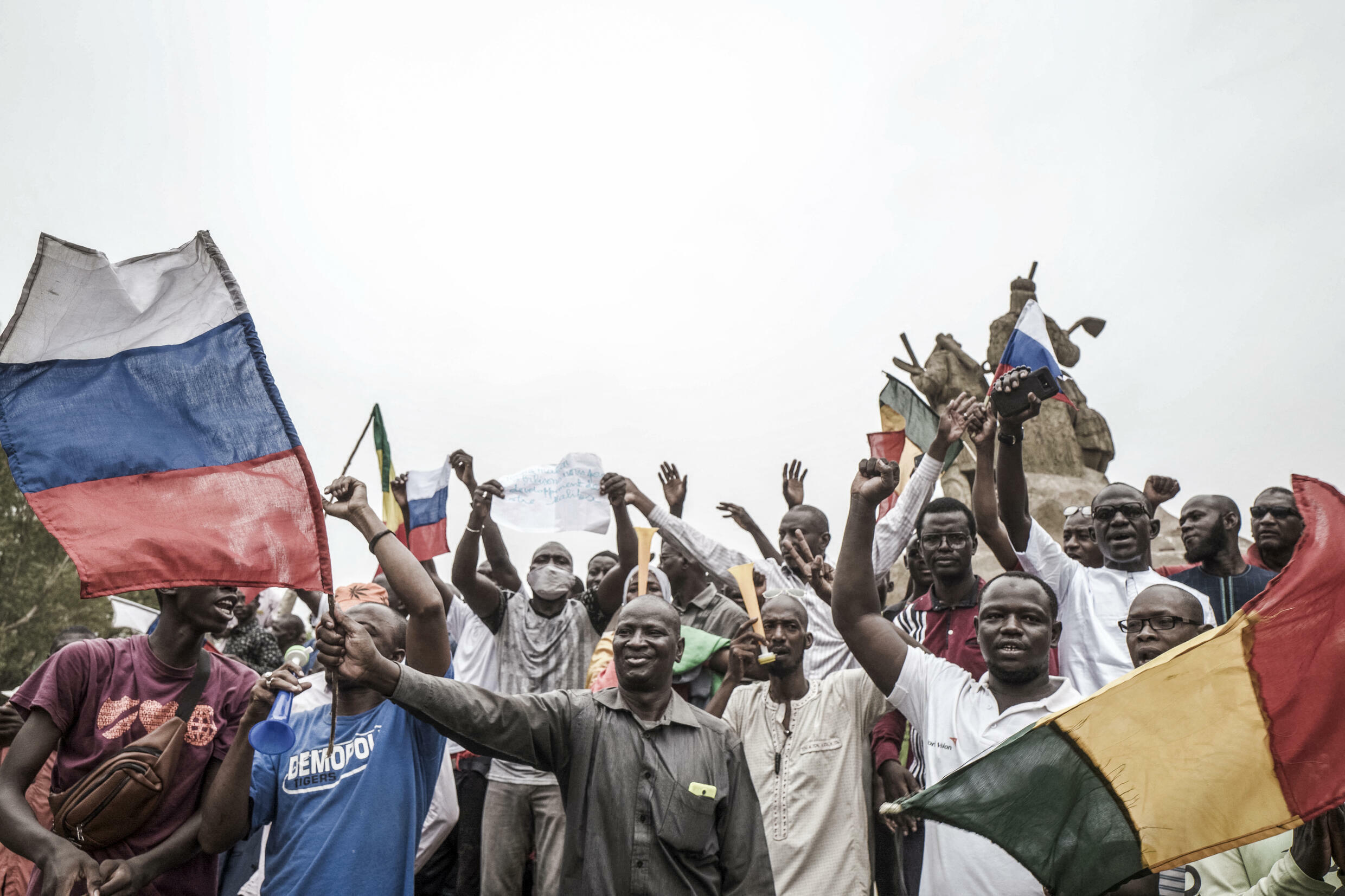 A week ago, Mali received four helicopters, weapons, and ammunition from Russia as part of an agreement sealed in December 2020. The military contract entails Russian support to Malian forces as they fight extremist fighters linked with ISIS and al-Qaeda. Malian forces are engaged in protracted counter-terrorism alongside French, European, and United Nations troops.

Of late, the Malian military junta has been slanting towards a military partnership with Russia – building on the pact that had been cemented by ousted President Ibrahim Boubacar Keita back in 2019. Russia’s role in the Malian security crisis is raising eyebrows due to the heavy involvement of private military contracting. But the junta in Mali cares less about that, as it is riding on the popular discontent against France’s role in the security crisis – a yearning to cut ties with the former colonizer.

Colonel Sadio Camara, who is Mali’s Interim Defence Minister, spoke of Russia as a “friendly country,” much to French disappointment. The seemingly flourishing security relationship between Russia and Mali has been highly lauded by the latter’s military – while France, Mali’s colonizer and a permanent fixture in the country, is angry.

He added, “This is the realization of a contract signed in December 2020, which came into force in June 2021. The extreme rapidity with which this contract was drawn up shows the reliability and seriousness of this partnership which has always give us satisfaction in the framework of exchanges where both sides gain.”

This is reflective of the thriving commitment that Mali has towards having Russia as their new military partner, supplanting the role of France. It has been reported that Mali is now relying on mercenaries from the Wagner Group – a private military contractor from Russia infamous for carrying out abuses and international law violations in Syria and the Central Africa Republic. And because of that, France has said that it will pull out of Mali since this new Russian partnership with Mali is incompatible with its “democratic” ideals.

France has already been mulling withdrawing its troops from Mali – the whole Sahel region – but is now using this as a diplomatic bargaining tool to thwart Russian dominance in Mali. France has been in Mali ever since the insurgency started in 2012 (Operation Barkhane) and the growing anti-French sentiment in Mali is a dent in French neocolonial interests. France deems itself to be losing control over its former colonies.

However, French neocolonial domination cannot be cured by Russian partnerships. Worse still using private security firms with woeful human rights records such as the Wagner Group. The threat of military withdrawal which France is employing (the former colonizer has deployed more than 5,000 troops in the Sahel region for counter-terrorism) is a sign of a country that is insecure about its geopolitical interests. Such a face-off with Russia (France and other European countries such as Germany have threatened Mali with global isolation if Wagner services are used) is also reflective of the vestiges of the Cold War.

Because of this threat, the Malian junta feels justified to engage the services of Russia in whatever form they come in. Mali’s interim Prime Minister Choguel Maiga castigated France for abandoning it at a critical time like this when he made his address to the United Nations – to which Emmanuel Macron, the French president, responded by saying that the Prime Minister should not have uttered such statements given his government “is not even a government”.

The fact that Mali is playing off France against Russia in its hopes to frustrate the former does not bode well for the continent. It perpetuates the idea that African countries in crises cannot stand by each other, and that they cannot stand by their own. This furthers the interventionist mania that the world superpowers are taking to frightening heights. There is never independence for Africa if such trends continue.

Soviet help offered to African countries during the 1960s, 70s, and 80s was of immense value — but contexts have changed and Russian state capitalism is relentlessly merciless. Fighting against terrorism is a pretext used by Russia to cement its geopolitical interests and gain dominance over France in terms of global domination. This face-off does not help Malians and Africans in any way.