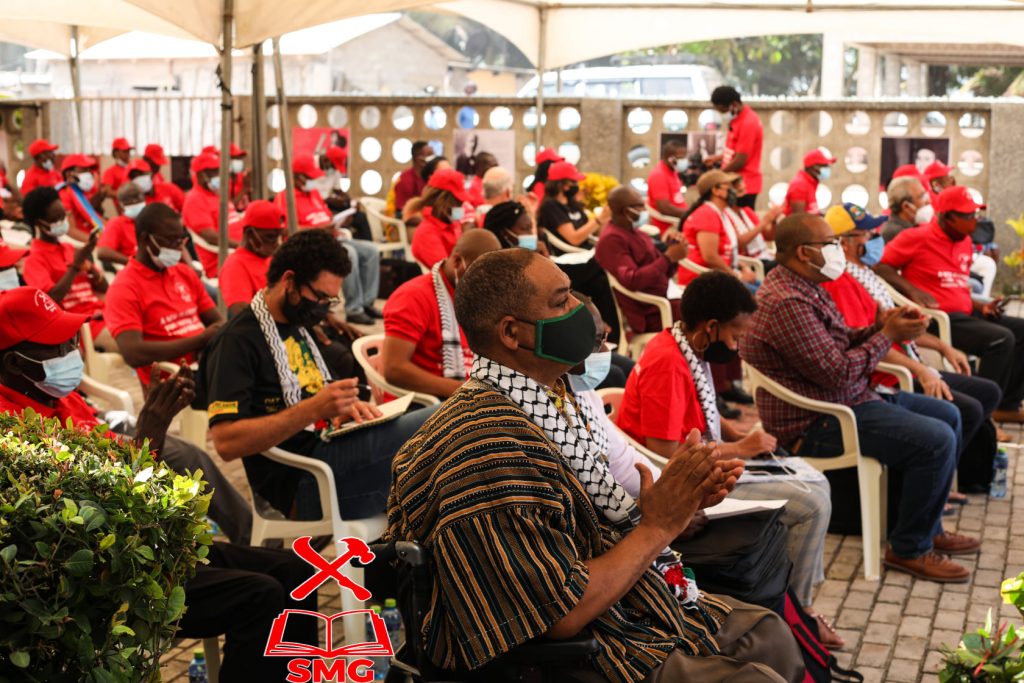 Between July 31 and August 1, the Congress of the Socialist Forum of Ghana (SFG) took place in Ghana, a West African country on the Gulf of Guinea. At this Congress, the transformation of the SFG into the Socialist Movement of Ghana (SMG) was unanimously approved, and this change represents a milestone in the struggle and organization of Ghanaian workers.

The SFG was born in 1993, first as a Marxist study group, at the beginning this group was made up of four people, today there are more than three thousand members organized in 25 collectives throughout the country. For comrade Kwesi Pratt Jr., General Secretary of the SMG, the transition from Forum to Movement was important to advance the organization of the working class in a perspective of radical transformation of society:

“(…) It is important to recognize that in the beginning, with four members, our ambitions were very limited, now we have big ambitions, we see ourselves as a group to mobilize the working people to transform society, to smash the capitalist system and to build socialism.”

Participating in the Congress were the Communist Party of Cuba, the Party of Revolutionary Socialist Workers of South Africa, the Simon Bolivar Institute of Venezuela, the Palestine Liberation Organization, Pan African Today and the MST, among others.

For comrade Fábio Andrey, MST representative at the Congress, the transition from the Ghana Socialist Forum to the Movement represented a strategic advance in popular organization, since “the movement is an organization of greater autonomy, that people will be organized in this movement […]. There is a strategic definition that unifies all the militancy in the Movement and in this way it facilitates tactical actions to consolidate with a very well defined strategy […], The second thing is that it (the Movement) makes a clear option to be close to the bases, to the people of Ghana, and in this way it builds relationships in this exchange with the people who are in the periphery and who are disowned by the power of the state. So when they make the option to become a movement, they make a commitment to work close to the base.

Theory in motion: the centrality in the struggle of ideas

During the 29 years of its existence, the now SMG, has built a great reference in Africa with regard to political training through the study of Marxist theory, but also and above all in the ideological dispute of Ghanaian society as the centre of revolutionary strategy.

The understanding that the organization of the working class necessarily passes through the dispute of the hearts and minds of the working people is a maxim of global Marxist thought, but the practical implementation of this principle finds other dimensions on the African continent.

According to the Marxist intellectual Amílcar Cabral, the main leader of the struggle for the independence of Guinea-Bissau and Cape Verde, one of the central tasks of the struggle against colonialism would be the “reconstruction of the historical personality” of the African peoples. For Amílcar:

“The ideological deficiency, not to say total lack of ideology, on the part of national liberation movements – which has its basic justification in ignorance of the historical reality that these movements aim to transform – constitute one of the greatest, if not the greatest weakness in our struggle against imperialism.”

In Ghana, the SMG has become entrenched in the struggle for mass communication and has built an enormous apparatus for the dissemination of socialist thought for ideological dispute. The Movement has a space dedicated to the promotion of culture and popular formation, the Freedom Centre. The space is the SMG’s headquarters in Accra, the country’s capital, where there is a library that makes available classics of Marxist and Pan-Africanist thought. 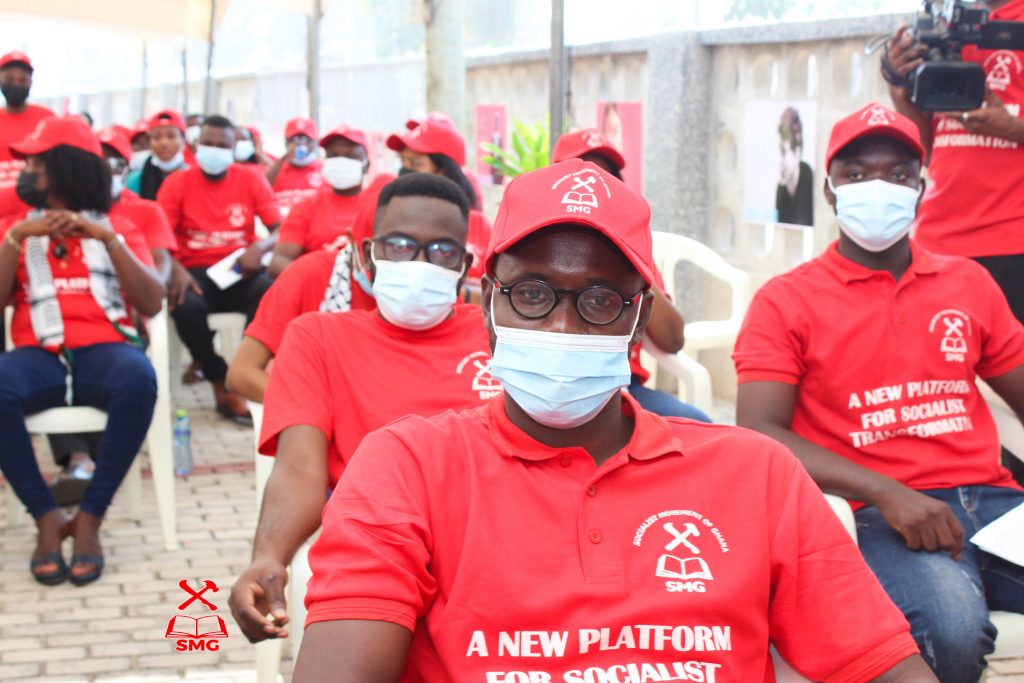 SMG has built a great reference in Africa in the political formation and ideological dispute of Ghanaian society as the center of revolutionary strategy. Participants of the Ghana Socialist Forum Congress. Photo: Facebook of the SMG

The Movement also has Freedom Bookshop, through which it publishes classics of Pan-Africanist thought, as well as books and pamphlets authored by its militants. Currently, the printing of material also includes various progressive organizations in West Africa and other parts of the world, such as the partnership with the Tricontinental Institute for Social Research.

The Legacy Project is an effort by the Movement to print and distribute the entire work of Kwame Nkrumah, Ghana’s principal Pan-Africanist and Marxist leader of independence. This project has reached out to public schools, universities, and various state institutions, such as the Armed Forces and the Judiciary.

Popular Education is also present in the Movement’s arsenal for grassroots training, the School, which not coincidentally is called Amílcar Cabral, focuses on “providing relevant tools for Marxist analysis of society, to spread the ideals of Pan-Africanism, and to facilitate meaningful interactions of progressive activists across Africa and beyond. The Amílcar Cabral school has trained more than 500 cadres from various parts of the world. (SMG, National Delegates Congress. Final Report)

The SMG also offers technical, editorial and managerial assistance to the printed newspaper The Insight and to Pan African Television. According to the comrade, Pratt Jr. all this effort of the SMG to build an enormous apparatus of communication and promotion of culture is fundamental to combat the hegemony of the bourgeois media:

“I mean media work is important for revolutionary work because we are in a world where revolutionary, leftist, pan-Africanist forces cannot be heard, you are drawn to the media of the imperialist, the colonialist. It is important to have access to a media platform whose article is the other side of things and this is absolutely important for us.”

Pan African Television (PATV) is an open broadcast platform on radio and TV in Ghana and also available on YouTube and Facebook. Based in Accra, PATV has a daily schedule of news, interviews, music and entertainment, according to Pratt Jr. “right now in Ghana it is the biggest television platform, but that is not enough for us and our competition (with the bourgeois media). 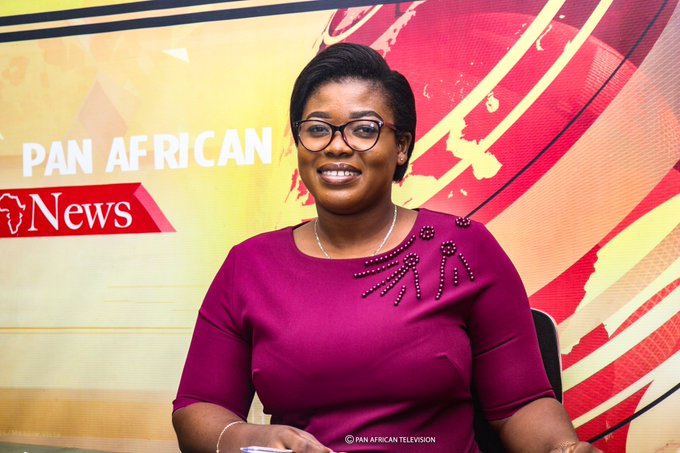 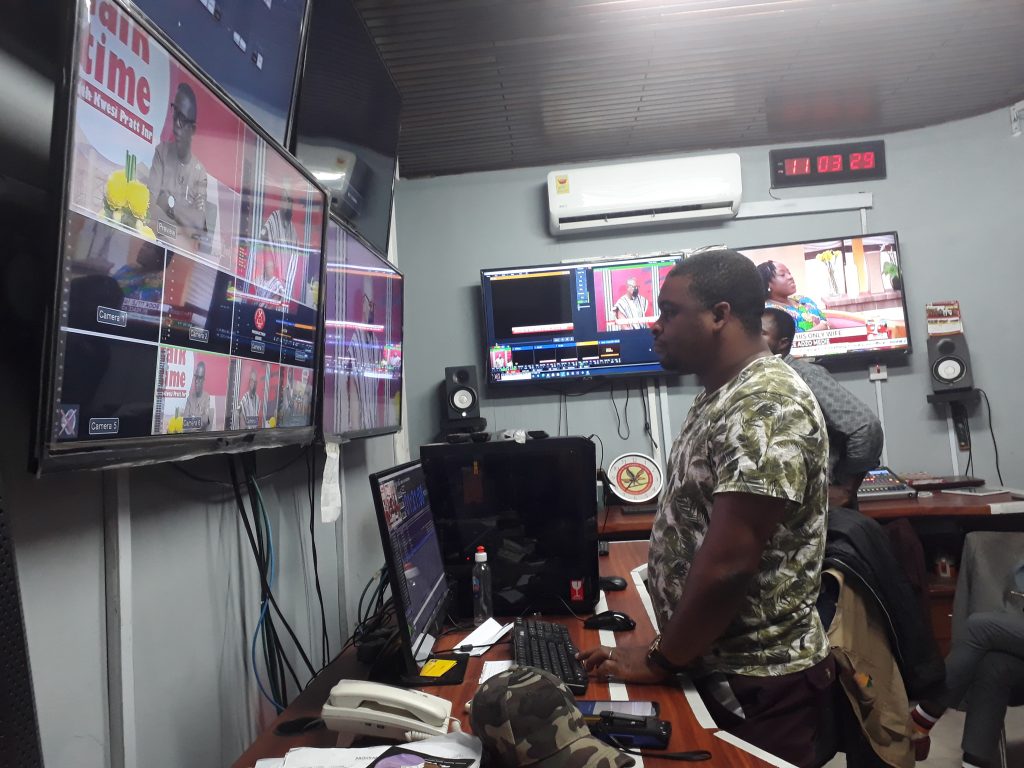 As a mass media, PATV is able to reach every house in every region of the country, which is extremely important, since the Movement has organized Collectives in several regions. PATV works as a direct communication channel with the SMG’s base, but it can also communicate its message to the entire Ghanaian population, in direct competition with the capitalist media platforms.

For Kwessi Pratt Jr, “people have to have hope that the new society is possible, people have to have confidence in themselves to decide. There are messages in the world today that can only be conveyed through mass media like newspaper platforms, like video platforms that are absolutely important.”

There is an effort by the SMG to make PATV the communication channel of the working class in Ghana, its programming offers the viewer a deeper narrative of the facts, politicizing the debate within society with a Marxist bias and disseminating the legacy of the popular struggle in the country, which finds its roots in the struggle against colonialism.

In general, the Socialist Movement of Ghana has found in the strategy of mass communication the key to the organization of the working class; its programming is a call to popular organization. A quick look at the workers who make PATV happen shows the profile of its militancy, mostly young and with a large participation of women.

The work in communication has guided much of the work and efforts made by the SMG, but all this work is not unrelated to the grassroots organization. The SMG has Collectives that are organized around four main areas: teachers, nurses, unemployed workers, and women.

For him there is a connection between the challenges of local communities and the processes of struggle and solidarity worldwide.

“The Collectives also connect, from national bodies, in solidarity activities in the rest of the world. Activities that involve solidarity with the Palestinian people fighting against the Israeli occupation, we are also very involved with Polisario (Western Sahara) fighting against the local colonial occupation […] We also support the solidarity movement to Cuba and Venezuela in the resistance to imperialism. So the collective game of all these rules is the local, the national and the international at the same time”, he concludes.

After the transition congress, visits were organized to all the Collectives in the country to align the issues of organicity of this new form of action. From these visits, the Collectives indicated people from their communities to participate in the grassroots political training at the Escola Amílcar Cabral.

The SMG continues to build popular power, advancing in the battle of ideas with coherence and rooted grassroots work. For West Africa, the work of the SMG represents a point of support and hope in the construction of a new world, direct heirs of the legacy of Nkrumah, the SMG remains firm in the defense of Pan-Africanist unity as a strategy in the struggle against imperialism.

To learn more about SMG’s work in communication visit: