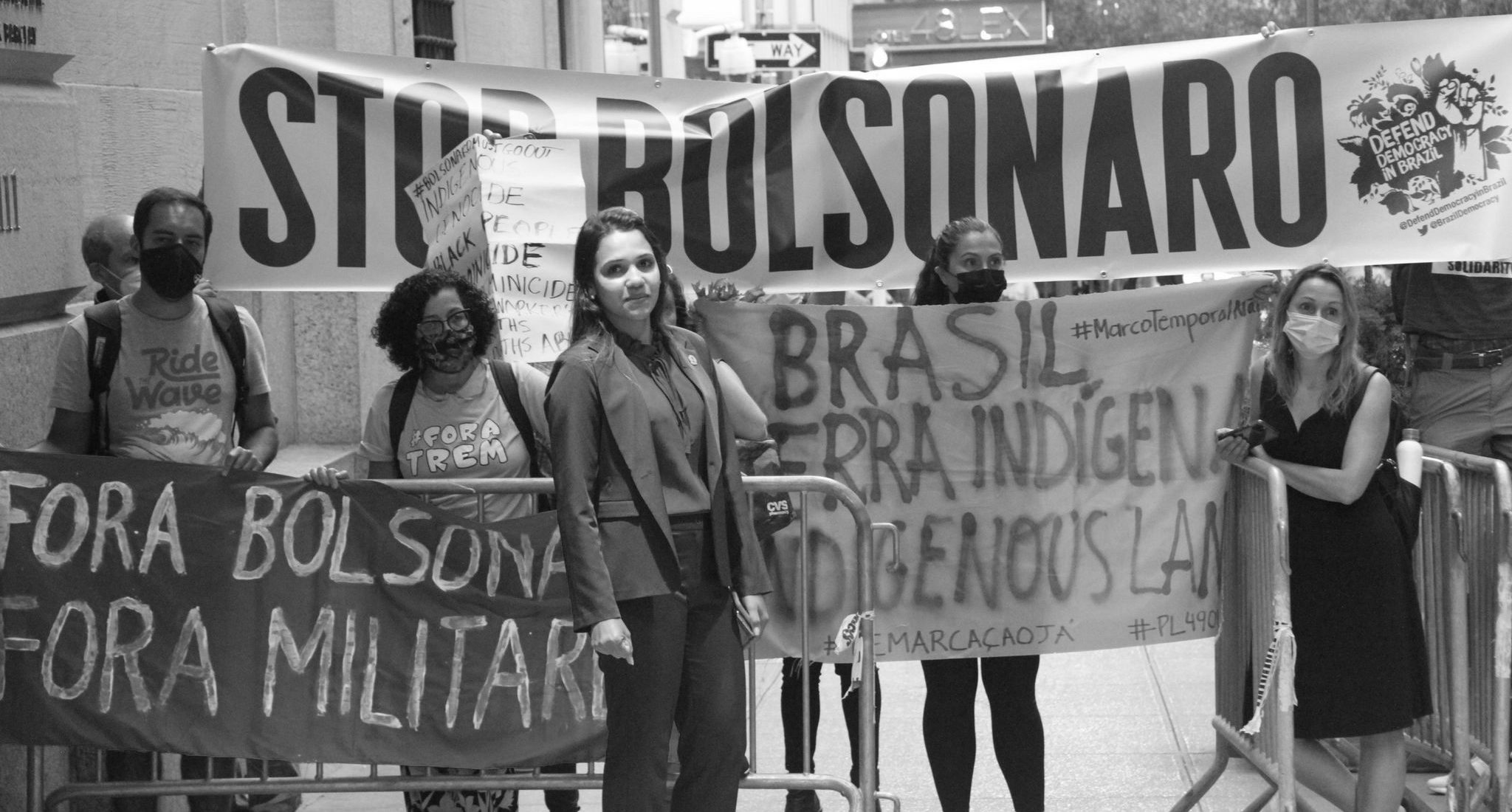 A survey by Datafolha, the research institute linked to  Folha de São Paulo newspaper, shows that President Jair Bolsonaro’s disapproval rating has reached a record high.  53% of Brazilians surveyed consider him either poor or very bad, up two points from the record level reached during the last survey, conducted in July.

The survey shows the people’s weariness of the government’s response to issues such as the economic crisis, rising inflation, 14.4 million unemployed and its management of the Covid-19 pandemic. This on top of successive institutional crises involving the attacks by Bolsonaro and his followers on the National Congress and Supreme Court. To make things worse, there is a real possibility of forced electricity rationing by early 2022 and a risk of rolling blackouts, as Brazil faces the worst drought in the last 91 years and hydroelectric plants continue to operate with low reservoir levels.
The survey, which took place between September 13 and 15 based on interviews with 3,667 people in 190 cities across Brazil, is the first since the September 7 pro-Bolsonaro demonstrations in which the president threatened to stop obeying orders by Supreme Court Justice Alexandre de Moraes. Moraes is the rapporteur of the so-called “fake news inquiry” (Inquiry 4781), which began investigating the illegal dissemination of disinformation and violent threats against Supreme Court Ministers in 2019. In August 2021, Moraes added Bolsonaro as a suspect, after the he made unsubstantiated accusations about fraud in the Brazilian electronic voting system.

Nevertheless, 22% of the Brazilian population still views the Bolsonaro government as good or excellent by 22%, down 2% from the July survey. And the percentage of Brazilians who view the government as average maintained steady at 24% during the last two surveys. According to Datafolha, Bolsonaro’s rejection level trails only that of Fernando Collor during his 3rd year in office, in terms of post dictatorship-era presidencies. That year, Collor’s rejection level reached 68%.

According to an article by Igor Gielow in Folha de S. Paulo, the poll data contradicts with the scenes of the September 7th Bolsonarista demonstrations across Brazil,especially on São Paulo’s Avenida Paulista where the President spoke to around 125,000 supporters. This trend of increasing rejection levels has remained constant in 2021, after initial improvement over 2020, during which Bolsonaro regained some approval against his bungling response to the Covid-19 pandemic thanks, in part, to emergency aid payments to workers affected by the crisis.

Although the average disapproval rating of Bolsonaro climbed by two percentage points, the increase is more intense in certain segments of the population. A more significant increase in rejection of the president was identified among those earning five to ten times the minimum wage (41% to 50%) and among those over 60 (45% to 51%).

Rejection also rose among people who earn less than double the minimum wage (54% to 56%) and those who earn 2-5 times the minimum wage (47% to 51%). On the other hand, there was a drop in rejection of Bolsonaro among Brazilians earning over 10 times minimum wage, from 58% to 46%. Entrepreneurs are still the only segment of the Brazilian population in which Bolsonaro has a higher level of approval, 47%, than rejection, 34%.

The Datafolha data shows that Bolsonaro has become more rejected in the North and Midwestern regions of Brazil (16% of the sample), where he traditionally has more support and where many of the truck drivers who threatened to attack the Supreme Court in Brasilia during the acts of the September 7th come from. In these regions, his rejection level rose from 41% to 48%.

Among the millions of Brazilians who only have elementary school education, Bolsonaro’s rejection level rose from 49% to 55%. Rejection levels among those whose highest level of education is high school (46% of the population) remained stable at 48%. Disapproval ratings were highest among 16 to 24 years old (59%), students (63%) and gays and bisexuals (73%).

The most surprising data is on evangelical Christians, a demographic group that was key to Bolsonaro’s electoral victory in 2018. Bolsonaro’s disapproval rating has rising by 11 points since January and is now, at 41%, higher than his approval rating of 29%. In July, these numbers were 34% and 37%, respectively.

Low popularity and the pandemic

The survey also sought to gauge how Brazilians rate Bolsonaro’s management of the Covid-19 pandemic. 54% of Brazilians believe the President is doing a poor or very poor job fighting Covid 19, which has already killed almost 600,000 people in the country.

This appears to be a direct reflection of the Bolsonaro administrations’ denialism since the beginning of the pandemic. For example, parliamentary committee investigating the conduct of the pandemic in the Senate demonstrates, the government took at least three months to buy Pfizer’s vaccines, thanks to the ill will and bureaucracy in the Ministry of Health, which ignored repeated offers from the American pharmaceutical company.

Furthermore, Bolsonaro is also leading a campaign to discredit CoronaVac, a vaccine developed by Chinese bio-pharmaceutical Sinovac in partnership with the Butantan Institute. CoronaVac was brought to Brazil by his political rival, São Paulo state governor João Doria (PSDB), and for that reason it has been constantly attacked by Bolsonaro.

Despite the improvement in Covid-19’s numbers as a result of the progress of the immunization campaign – nearly 70% of the population has already taken the first dose and more than 35% have had both – Brazil’s serious political and economic crises have the potential to further erode Bolsonaro’s image. As things stand today, there is a real chance that the President will not even reach the second round in the 2022 presidential elections. According to Viomundo, the consequence of this fact is that during the next few months we should see more and more attacks against former President Lula and the Workers Party (PT) on the part of the mainstream media, in an attempt to strengthen a “third way” candidate to face Lula in a potential run off.

Cover image by Niyi Fote. Caption:  Activists from Defend Democracy Brazil prevent President Bolsonaro from entering the front door of the Intercontinental Hotel in Manhattan, during the UN Conference on Sept 20, 2021.