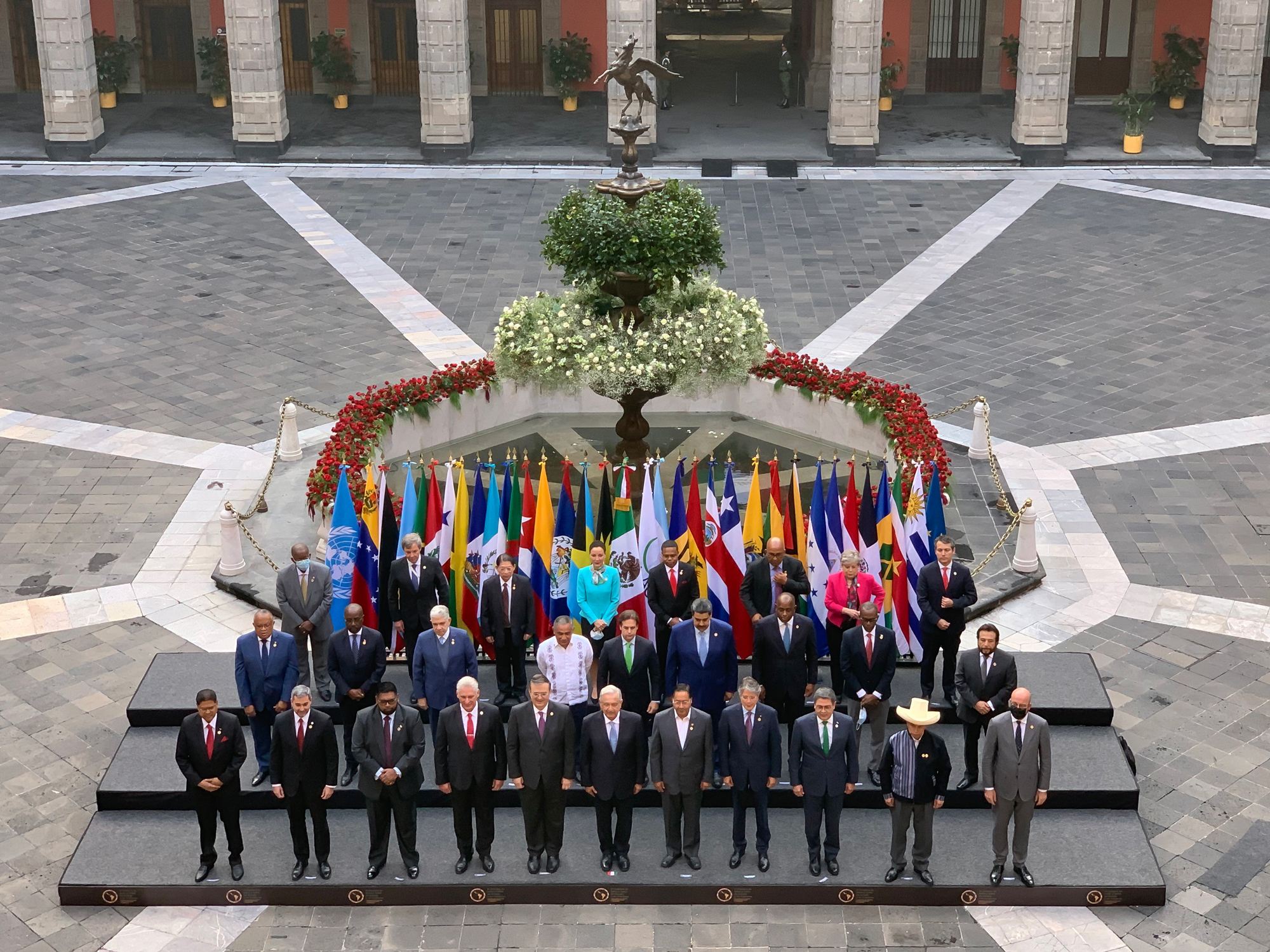 AMLO proposes to bury the Organization of American States, which he rightly calls a lackey organization.

In the framework of the bicentenary of the first independence deeds in Our America, Mexican President Andrés Manuel López Obrador, AMLO, taking up the Bolivarian ideology, proposes to bury the Organization of American States, which he rightly accuses of being a lackey organization. I must say that the speech he delivered last July 24 from Chapultepec Castle in homage to the 238th anniversary of the birth of the Liberator is a must for the political debate in the region, unavoidable for any alternative project in the continent.

What is the difference between the sabotaged 1826 Amphictyonic Congress of Panama and the 1948 Pan-American Conference of Bogota that gave birth to the OAS? A great distance in their objectives, but Monroism and Santanderism were constants. Santander invited the North American delegate and for this purpose, with a clear racist and political bias, excluded the representative of Haiti. Of Bolivar’s integrationist aspiration, little could be achieved in Panama, between the misgivings of the Creole elites and the U.S. determination that the continent was its natural space of imperial expansion, under President Monroe’s premise of “America for the Americans”, understood by the Americans as WASP (White Anglo-Saxon and Protestant). Only 20 years after the failure of the Isthmus meeting, Mexico was invaded by the U.S. and lost half of its territory, so it is no coincidence that the current president’s concern in putting the Latin American project of the Liberator back on the table.

One century after the first imperial attack on Latin American territory, an already established world power, a Pan American Conference was convened, based on Washington’s interest in strengthening its political control over the governments of the continent within the framework of the Cold War. Imposing the military agreement of the TIAR (Inter-American Treaty of Reciprocal Assistance) was not enough, and clearly not applicable when it was not to the liking of the White House -as in the case of the Malvinas. With the Bogotazo in the background and a Colombia set on fire by the assassination of Gaitan -which bequeathed us this war that continues to this day-, the Organization of American States was founded, as an extension of the State Department, and Alberto Lleras Camargo -a worthy heir of Santander- was appointed as the first Secretary General of the organization. The neocolonial nature of the OAS, which was silent in the overthrow of Arbenz in Guatemala, but hurriedly rushed to expel revolutionary Cuba by order of the United States, was quickly laid bare.

After more than 70 years of this diplomatic eyesore, which in rigged applications of its democratic charter harasses governments adverse to Washington, but maintained the recognition of all the dictatorships of the continent -from the Somozas to Jeanine Añez, passing through all the coups under the National Security Doctrine with Pinochet at the head- its relevance is worth discussing. A new political moment in Latin America requires recovering and strengthening a new institutional architecture for the region, an ineluctable task for the governments and alternative projects of the continent, independent of electoral gains or corporate pressures.

López Obrador is right when he states:

“It is time for a new coexistence among the countries of the continent, the model imposed more than two centuries ago is exhausted, it has no future and there is no way forward. Let’s say goodbye to impositions, interventions, sanctions, exclusions and blockades…It is a complex issue that requires a new political and economic vision. The proposal is neither more nor less than building something similar to the European Union, but attached to our history and our reality, to our identities. In this spirit, the replacement of the OAS by a truly autonomous organization, not a lackey of anyone, but a mediator at the request and acceptance of the parties in conflict, should not be discarded. It is a great task for skilled diplomats and politicians.”

During the wave of challenges to neoliberalism in this century, new proposals for regional integration and articulation emerged, which have been strongly attacked by the conservative counter-offensive in the last decade, but whose validity is part of the current debate. In addition to multiple bilateral cooperation agreements and initiation of various agreements with geopolitical and cooperation referents other than Washington, the first decade of the 21st century saw the emergence of ALBA-TCP (2004), PetroCaribe (2005), UNASUR and the South American Defense Council (2008), CELAC (2011), as well as the revitalization and expansion of Mercosur. All these instances were, from the outset, a constraint to the U.S. imperial logic over the region and key diplomatic tools in the continental dispute, although in most cases they also represented elements of consensus with some hegemonic interests and were subject to the fragility inherent to the political instability in the region.

When AMLO suggested building a model similar to the European Union, it is also worth revalidating other essential initiatives for regional sovereignty that could not materialize, such as the Banco del Sur or the SUCRE monetary system. The inherent economic interdependence between the U.S. and Mexico, in particular, requires the necessary relations of integration, but without undermining sovereignty. AMLO does not propose a rupture with the U.S. as denounced by the Latin American right wing. Cooperation for the development and welfare of all the peoples of Latin America and the Caribbean, and an open multilateralism that takes Our America out of the strategic subordination of the OAS.

AMLO’s speech coincides with the beginning of President Castillo’s administration in Peru and his new Foreign Minister, the veteran ex-combatant Héctor Béjar, who has de facto left the self-styled Lima Group without Lima. From Mexico and Peru, the blockade of Cuba is rejected, the reactivation of regional institutions other than the outdated OAS is advocated, the bloodless, sovereign and institutional solution to the Venezuelan crisis is promoted, and progress is being made in the disavowal of the puppet office of Juan Guaidó, in whose stubborn defense only the Colombian Foreign Ministry persists, which continues with the outdated discourse of international terrorism as if G.W. Bush were still the U.S. president.

However, in order to be able to undertake AMLO’s challenge to complete the unfinished feat of Latin American integration, it is necessary to consolidate the existing democratic processes in the continent and to seize the continental strongholds of the right wing in Our America in 2022: Colombia, whose military pacts and export of mercenaries are a threat to regional security; and Brazil, a regional power, now subjected to the fascist insanity of Bolsonaro. Only in this way, that ugly thing that is the OAS, as Carlos Puebla wrote, would be relegated to the museum of ignominy. Colombian Santanderism has sent its collector’s item, representative of the OAS: the ultramontane ambassador Alejandro Ordoñez Maldonado, who I am still awaiting in the judicial tribunals and the Truth Commission.