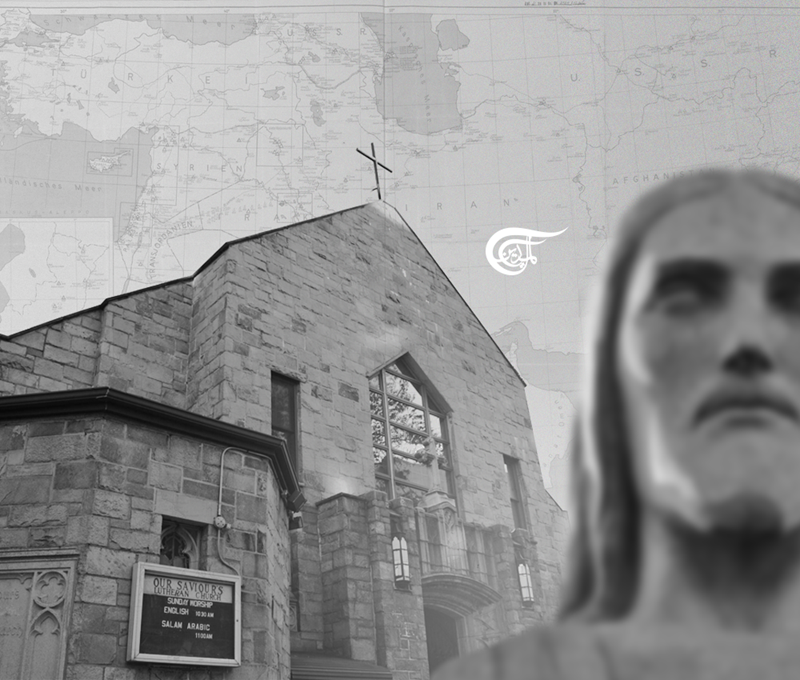 The struggle of entities has been overcome, and a unifying factor emerged. This resulted in reframing the struggle from a local entity-based struggle for power to a full-blown war against a hundred years of imperialism.

When we look at the current state of world politics, it is clear that we are witnessing changes that will result in dynamic and irreversible consequences. Whether we look at the Global North, the Global South, or even countries whose standing is generally disagreed upon, the alterations are unquestionable. While the changes are happening on the economic, social, and political stages and the argument might vary depending on the lens through which it is perceived, it remains that the underlying philosophical problematic can unite the argument across the three stages. If we look at Western Asia, the most recent dynamic discussion has been framed to be between an undefined search for a secular Western Asia, on the one hand, and religiosity, divided between radical Christianity and radical Islamism, on the other hand. This framing fails to result in any radical change, and that is due to the fact that it is based on a false premise and that the social construct does not adhere, even remotely, to the premise it is claiming.

The main argument for a secular Western Asia has been promoted throughout the era of Arab Spring, the Syrian crisis, and most recently the Lebanese crisis. The ideal premise is that in a secular Western Asia, democracy and equality dominate all social, political, and economic life. While secularism here remains undefined and has resulted in the rise of the Muslim Brotherhood in Egypt, and radical Islamists and terror groups have shredded the Arab Syrian Republic. That is due to the fact that by definition (democracy and equality) is inherently neither sectarian nor secular. It is my greatest belief that the current situation is put into historical context. This historical context debates the state of being of each entity within Western Asia, prior to dictating the dynamics of governing. This is a topic to be debated and detailed in another article to be published in the near future. However, some basic aspects are to be outlined immediately in order to discuss the fate of minorities in the upcoming changes bound to happen in the region.

The main idea is to understand that all entities created as a result of the Sykes-Picot agreement are unsustainable. The reason is that they were created according to specific prerequisites such as a rentier economic system that can be controlled remotely through the banking and services sectors. Another aspect is the strategic function that each entity was created to fulfill, and which was based on the necessity of the colonial and imperial power’s needs for licit and illicit economic expansion. The strategic functioning also serves as a soft power and hard power tool in the global struggle of world domination and superiority. Another reason these entities were developed (with reservations on this terminology) and further employed through soft and hard power to become the entities they have become is the need for forced underdevelopment. Entities become a hindrance once they become in and by themselves productive and independent, thus the establishing of a rentier system and hiring the services of an economic hitman.

This world of entities has been challenged in the past couple of decades, some would say more, through the development of local resistance groups that will later become what are now considered major players in the region and crucial bodies of the axis of resistance on the regional level. For the major part, these groups have ideological and religious beliefs that have found a way to identify with the national and regional interests of the era. The struggle of entities has been overcome, and a unifying factor emerged. This resulted in reframing the struggle from a local entity-based struggle for power to a full-blown war against a hundred years of imperialism.

This brings us to the topic at hand in which politics, religion, and history come together. Religion has a moral duty to defend the oppressed and the weak, in the face of oppression, arrogance, and crime. The war against imperialism and the global plunderer is specifically a war to the victor, the oppressed weak, and incapable. This poses the question of the Christian church in Western Asia and its political alliance with the colonizer and imperial powers. While the reason for that is definitely clear, it contradicts the very essence of Christianity and the cause of Christ.

A similar incident in Latin America has caused a revolution across the continent and across the church as an institution. It resulted in Liberation Theology reaching the ends of the world as a revolutionary version of what has become an institutionalized, colonial, church. In 1973, a book titled “A Theology of Liberation” was written by Gustavo Gutierrez. The book was later translated and edited by Sister Caridad Inda and John Eagleson. Gutierrez was at the time a Peruvian philosopher, Catholic theologian, and Dominican priest, regarded as one of the founders of Latin American liberation theology.

At the time, Latin America was the largest continent with a majority Christian population suffering from oppression and social injustice. Gutierrez dedicated the entire first chapter of his book to reflect on classical theology as wisdom as well as an entity of rational knowledge. He further offered a historical context and reflections that led to conclusions that reframe Christianity outside of colonial and imperial alliances.

This very approach is much needed today in Western Asia. After years of genocide, immigration, and terrorism against several countries in the region, Christians have suffered the most. While the Church of Antioch and All the East is located in Lebanon, it is supposed to serve the Christian cause beyond the limits of Lebanese Christian presence and politics. In 1920, after the battle of Maysaloun, Lebanon was established. The Lebanese Christians have been ever since identified as French counterparts and have distinguished themselves from the rest of the Arabs. Christian Arabs that were in Syria, Iraq, Palestine, and Jordan were also distinguished from Lebanese Christians. This arrogance and alliance has cost Lebanon blood and reframed the history of the people living within its borders to fit the storyline and made-up Franco identity. This identity will from here on out be referred to as the crusades Christians.

Christians in Western Asia have historical, cultural, and ethnic roots that extend and spill beyond the borders of a 10452 km2 Lebanon. This is the time for the church to liberate itself from the alliance that cost it its identity. The church as a global institution has committed atrocious crimes, from the crusades to residential schools and many other incidents. It has functioned for decades as a colonial tool through missionaries. It is time for us, Arab Christians, to reclaim our right, to reclaim our Christ; the one who was put on a cross because he refused to deny his beliefs, who welcomed death if it meant the truth and did not change his story for the sake of survival. Our Christian identity requires a revolution that now has a nurturing environment and an axis of resistance that is willing to protect its presence across the region as it has been proven time and time again in Palestine, Iraq, and Syria. The church has a moral duty to resist the imperial powers. Otherwise, what is this Christianity we are talking about if it remains neutral in the face of oppression and injustice merely to maintain Western approval and social status for its clergy, all the while ignoring its moral duty to protect people?