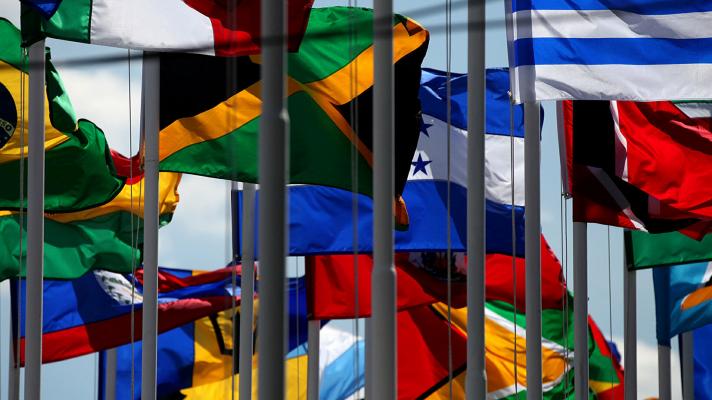 There is a growing number of voices agreeing on the urgent need to replace the Organization of American States (OAS) with organizations such as the Community of Latin American and Caribbean States (Celac), among others. This would allow for a different approach to Latin-Caribbean regional integration.

One of the triggers has been the role of the OAS Secretary General, Luis Almagro, who has enjoyed the strong support of the United States in his interference in the internal affairs of different countries in the region.

Last August 9, Almagro ratified a report presented in 2019 that allegedly detected irregularities in the electoral process of that year and “fraud” in favor of the then president and candidate, Evo Morales.

In an extraordinary virtual meeting of the Permanent Council of the organization, held Wednesday the 25th, the Bolivian ministers of Justice, Iván Lima, and Foreign Affairs, Rogelio Mayta, in addition to the Bolivian ambassador to the OAS, Héctor Arce Zaconeta, condemned the statement accusing Almagro of exceeding his functions and attacking the sovereignty of Bolivia while violating the norms of that organization and of the international principles of non-intervention.

In March, Lima indicated the possibility of taking legal action against Almagro for his statements regarding the alleged electoral fraud in the 2019 presidential elections in Bolivia and his support for the coup d’état.

In early August, Mayta stated that “Almagro has to realize that the best thing he could do is to leave the OAS because, if he does not leave voluntarily now, he is doing things so badly that he may be thrown out of office”.

Morales, for his part, accused him of crimes against humanity, adding that he never spoke out for the 36 murdered, the more than 800 wounded, the 1,500 illegally detained and the hundreds persecuted by the dictatorial government of Jeanine Áñez.

The position of La Paz during the aforementioned meeting was supported by Mexico and Nicaragua, which denounced the interference in the electoral process and its support to the de facto government of Jeanine Áñez.

The Nicaraguan ambassador, Luis Alvarado, considered the report presented as “illegal and fallacious” and reiterated the “firm and unwavering solidarity and support to the people and Government of Bolivia, which continues to confront the coup aggression perpetrated by the OAS General Secretariat”.

The Mexican ambassador, Luz Elena Baños, criticized Almagro for “exceeding his functions” and “deepening polarization” in the hemisphere. The Foreign Minister of this country, Marcelo Ebrard, stated last Sunday that “Someone will have to notify Almagro that the OAS cannot continue to be an instrument of intervention”. He warned that, at the Celac summit on September 18, this goal is set and that “Mexico may, through the excellent dialogue that President López Obrador has with the President of the United States, Joe Biden, and the Vice President, Kamala Harris, be the one who can facilitate the reaching of this agreement”.

On July 24, during a speech in homage to the Liberator Simón Bolívar, the Mexican president called for the replacement of the regional organization by a new one that is “nobody’s lackey”, something similar to the European Union (EU).

Why it is important: The initiative, proposed by Commander Hugo Chávez more than a decade ago during his administration, appears to be taking shape in the region, given that its stability and integration has been undermined by an entity that bears the historical burden of being under U.S. control, organizes coups d’état such as the one in Bolivia, propitiates military interventions in Venezuela and supports attempts to isolate Cuba, among other shameful deeds.