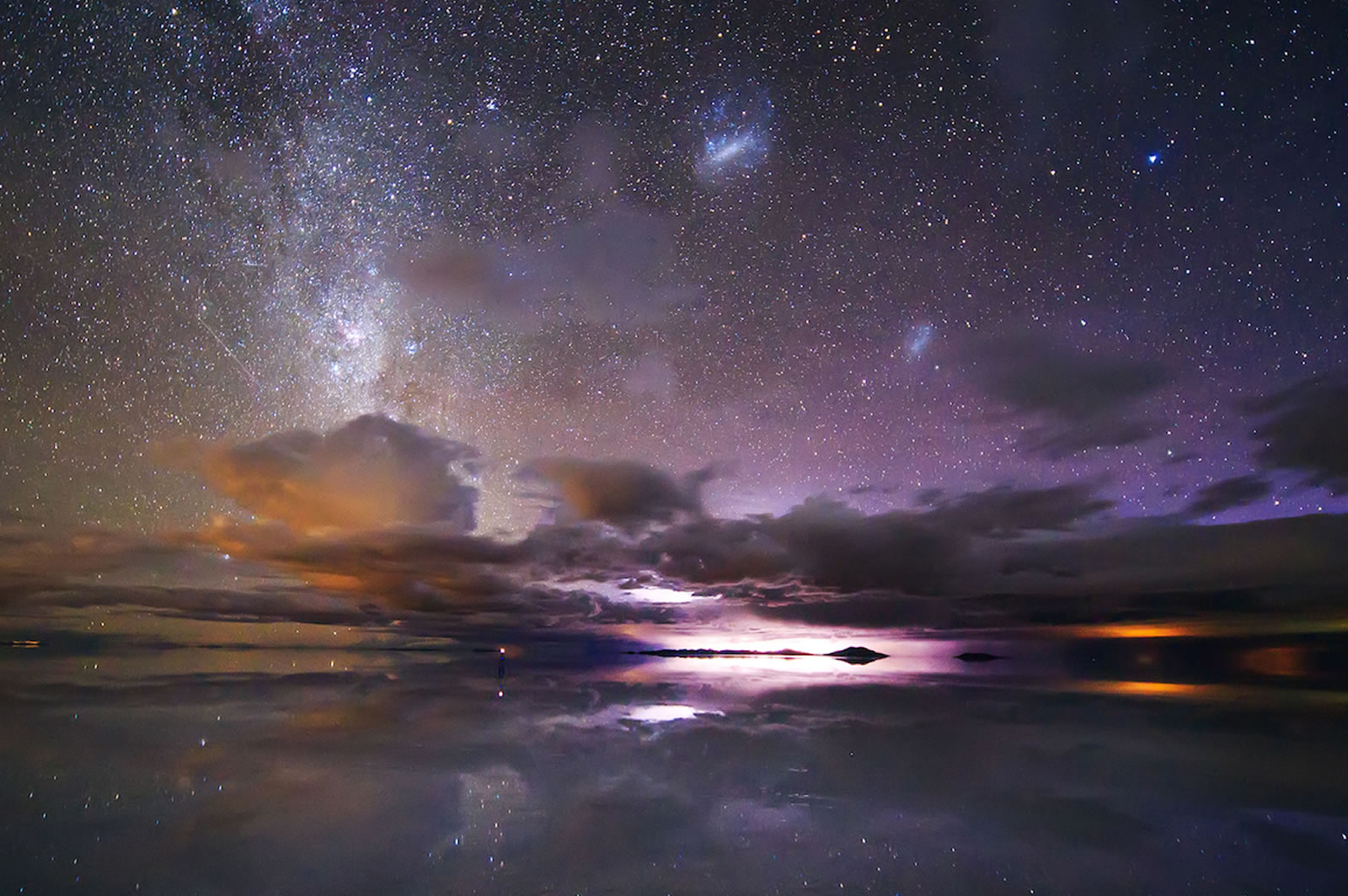 We are living through the unforeseen combination of four mutually reinforcing crises: a medical crisis, economic crisis, environmental crisis, and political crisis. A situation of enormous perplexity and anguish. It seems that society and the world have lost their way, direction, their destiny. No one knows what will happen in the short and medium term, nor can anyone guarantee whether there will be a new outbreak or whether a new virus will emerge, whether the economic crisis will intensify, whether we will overcome it, whether we will have jobs or savings. This gives rise to a paralysis on the predictive horizon, not only in philosophers, which is normal, but also in ordinary people, citizens, people who go to the market, workers, laborers, peasants, small traders. The predictive horizon is the imagined capacity to propose things to ourselves in the medium term, things that often do not happen, but guide our action and our behavior. The predictive horizon has broken down, it has disintegrated. Nobody knows what is going to happen.

The suspension of time

It is in this sense that I propose the category of a “suspended time”. Even though things happen, even though conflicts, problems, novelties arise, every day we are experiencing a suspension of time. There is a movement of time when there is a horizon, when we can at least imagine where we are going, where we are heading. It is a very harrowing experience, a new experience that we are going through, in the sense that there is no direction to move towards, which is distressing.

The suspension of time brings with it a set of symptoms and consequences. The first of these is what we might call “an epochal twilight”. The world is witnessing the prolonged, conflictive and agonizing closure of neoliberal globalization. We are in an emerging process of economic de-globalization that has been accentuating, but which began five or ten years ago with ups and downs. The first wave of globalization took place in the 19th century, until the beginning of the 20th century, and the second at the end of the 20th century, between 1980 and 2010. This second wave of globalization has entered a process of partial unraveling, a process of partial economic deglobalization. There are four pieces of information that allow us to affirm this hypothesis:

First, world trade had a growth rate, between 1990 and 2012, two to three times above the rate of global GDP growth. From 2013 to 2020, it is less than or, at best, equal to the GDP growth rate. Trade, which is the flagship of globalized markets, has shrunk, according to reports from the Organization for Economic Co-operation and Development, OECD.

The third fact is England’s exit from the European Union, the Brexit, which has set a limit to the expansion, at least on the Western side, of this articulation of the European market, economy and politics. For its part, the United States is beginning with the Trump administration a gradual process of capital repatriation under the slogan “America First”. In his administration, Trump deployed a trade war against China, but also against Canada and then against Europe. He unleashed old national security ghosts to try to prevent China from taking global leadership and controlling the 5G network. In addition, COVID-19 has accelerated the processes of regrouping essential value chains, so as not to repeat processes that occurred in Europe when, between countries supposedly belonging to the same trade union, they fought at the border over respirators and medical supplies. This control allows them not to depend on supplies from China, Singapore, Mexico or Argentina, or any other country. So, we have a paradoxical scenario with China and Germany allied for free trade and the United States and England allied in a protectionist view of the economy and the world. In the 1980s, the latter two countries led the globalization wave with Ronald Reagan and Margaret Thatcher, and now it is their leaders who are leading a protectionist approach and the communists, led by China, who are calling on the whole world to open borders and not to stop globalization.

One last piece of information on this partial deglobalization we are experiencing is the document just published by the International Monetary Fund. There is a fiscal monitor and a report on the world economy that presents a set of surprising, paradoxical and even humorous recommendations coming from the IMF: “public debt maturities should be extended”. In other words, they are proposing that countries do not pay their public debt, that they extend and establish repayment mechanisms for the following years. Don’t forget that the IMF together with Merkel and Deutsche Bank were the ones who imposed themselves on Italy, then on Ireland and finally on Greece, to force them to assume their debt commitments. The report suggests “increasing progressive taxes on the wealthiest”, it is not the program of a radical leftist party, it is the recommendation of the Monetary Fund. It also proposes taxes “on the most expensive properties, on capital gains, and on patrimonies”, being even more radical than some proposals that had been handled by leftist groups in the continent. He goes on to “modify the taxation of companies to ensure that they pay taxes”. In other words, he asks to be bolder and modify the tax system because there are many rich people who have evaded taxes. He closes with a suggestion for international taxation of the digital economy, prolonged income support for displaced workers and increased public investment. This is a reform agenda that a year ago was unthinkable, it was heresy coming from these international bodies that function as the brains of global capitalism.

This is marking a change in the spirit of the times. Something is changing. The fiscal austerity prescription is over, the threat that scaring off the rich by taxing them will make us lose wealth and jobs. There is a modification of the epistemological parameters with which this sector of global capital was looking at what is coming in terms of this articulation of the environmental, medical, economic and social crisis. Evidently, there is a fear of dangerous classes and social outbursts that is leading to a 180º change in the economic policy positions promoted by these ideologues of world capitalism, and who had commanded all neoliberalism since the 80s until 2020, in terms of reduction of the State, of public investment, of taxes to rich people and of social support to workers. We do not know if it will be temporary, but it is a substantial turnaround.

The erosion of conservative neoliberal hegemony

A second effect of this suspended time is what we can qualify as a stupor and weariness of the conservative neoliberal hegemony implemented in the last 40 years. It is not that it is over, it may last a good while longer, but it has lost its capacity for regeneration, for irradiating impulse and for articulating hopes. Neoliberalism is maintained by inertia, by the force of the past inheritance. We visualize this in the crisis of the instruments that had been fetishized to organize the future.

Neoliberalism used three instruments to create a narrative, an imaginary, false in fact, but believed by many people about who organized the future: the market, globalization and science. The globalized market has shown that it is not a cohesive subject. In the face of the virus crisis and the spread of contagions, no market did anything. On the contrary, the markets hid their heads like ostriches and what emerged as the only and last instance of social protection were the States. Globalization, as an ideology of modernization, improvement of life and unlimited expansion of opportunities, no longer has the capacity to contain the discontented, to organize people who are afraid or to calm the worries of the anxious. Science, which was imagined and misrepresented as having unlimited power and infinite capacity to transform and solve humanity’s problems, is now showing its limits. There are things that we humans cannot solve, confront or overcome, the result of our own actions. Science also has an epochal horizon, it can solve many things and not others. It requires a lot of time, effort, resources and a modification of behaviors so that science can embrace and solve the problems that we are causing, especially because of our way of having broken metabolically, organically and rationally our relationship with nature.

All this means that the neoliberal hegemony has lost its historical optimism. It no longer presents itself to the world as the bearer of imagined certainties, plausible horizons, conquerable and achievable in the medium term. The imagined certainties of the future have been shattered.