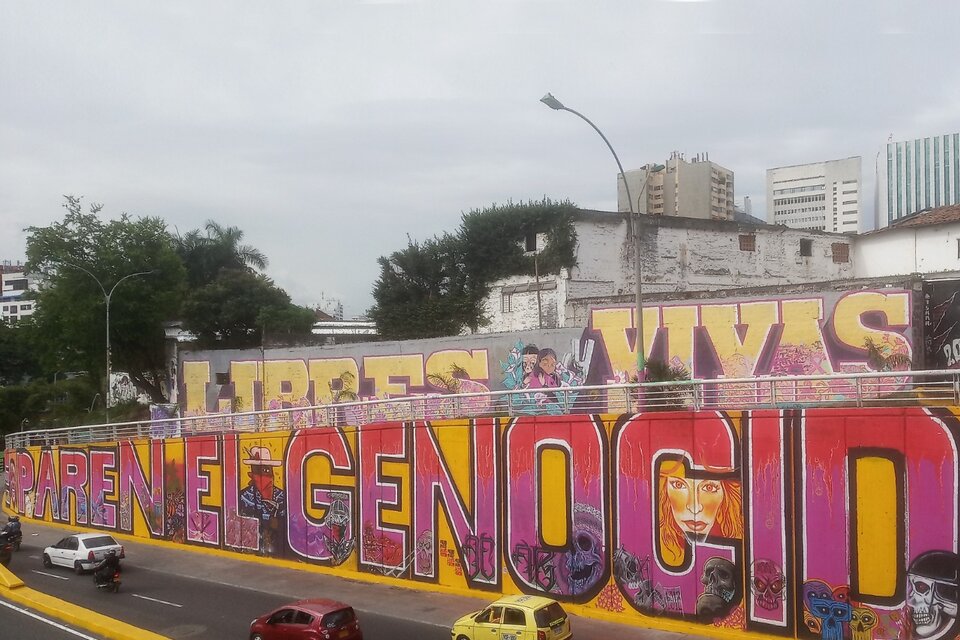 State repression was the response of the government of Iván Duque against the demonstrations. Neighborhoods and their poor youth, who confronted the police and military deployment, played a leading role. And the indigenous movement: the most organized actor.

“Stop the genocide” reads a huge mural in downtown Cali, the city called “branch of paradise” and now renamed “branch of resistance”. The streets bear the marks of the social outbreak engraved on dozens of walls, with faces and names of murdered youths, graffiti against the government of Ivan Duque, former president Alvaro Uribe. They are traces of what were more than two months of protests, blockades, which had their epicenter in this city southwest of Bogota, in Valle del Cauca, near the Pacific Ocean and its port of Buenaventura.

In total there were 24 blockade points in what began as a national strike. Some are iconic, such as “puerto resistencia”, formerly known as puerto rellena. A monument with a forearm and a fist with a sign that says “resist” was erected there, built by bricklayers after their day’s work. On the other side of the street is a sculpture with a popular kitchen, and a police center that was taken over, where a public library now functions.

The map of political violence

Most of the 24 points were in popular areas. Some, like the former loma de la cruz, now “loma de la dignidad”, are in the center of a city whose geography is the map of a history of political violence: to the west of Cali is the traditional elite, to the south the class born of the drug trafficking boom during the 1980s and 1990s, on the hillsides are the neighborhoods populated by people displaced primarily from the Andean region of Cauca, in the east the Afro-descendant population displaced from the coastal parts of Cauca, Nariño and Chocó, and in the center, part of Cali’s older working class.

It was in the south, an area of narco wealth and its so-called “lavaperros”, where armed civilians shot with impunity on several occasions under police guard, for example, before the arrival of the Minga Indígena (Indigenous Minga). The indigenous movement, with strong development in the region, was the most organized actor in the framework of an outbreak without leadership, with the protagonism of the slums and their poor youth, who led the so-called front lines, facing the police and military deployment.

It is there, in those neighborhoods, where persecution and death entered as the protest lost strength and the points of resistance were unblocked: young people from the front lines were murdered, dismembered, and found in rivers and streets, where they were forced to flee. It was the last stage of a repressive police, military and paramilitary response to an uprising that resulted in the murder of 80 people, according to the Institute for Development and Peace Studies (Instituto de Estudios para el Desarrollo y la Paz). 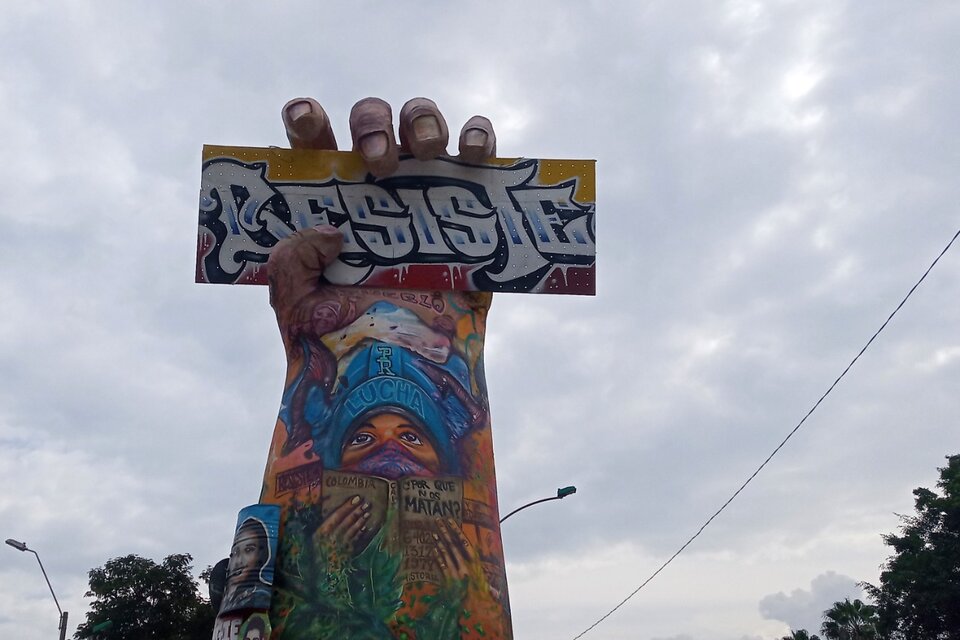 The violence deployed by the government was a political strategy. The first to call for the presence of the military in the streets was Uribe, head of the Centro Democrático, the current ruling party. Both the former president and Duque supported the systematic repression with categories such as “dissipated molecular revolution”, or “low intensity urban terrorism”, in a narrative that portrayed those who protested as enemies. This was an expected response from Uribism, in the context of a country plagued by violence that increased during the three years of Duque’s government: in 2020 there were 91 massacres, so far in 2021 there have been 65; 1,222 social leaders and 282 signatories of the Peace Accords were assassinated since 2016.

State repression had been the dominant response of the government to the large mobilizations of November 2019 and September 2020 with the so-called “Bogotá massacre”. The explosion of 2021, although surprising for its magnitude and duration, was not surprising in terms of being framed in a cycle of protests led by an emerging urban, youthful, precarious, impoverished subject, without political affiliation. During the previous decades and years, and until then, the center of mobilizations had been in the rural and indigenous sectors, with, as an example, the agrarian strikes of 2013 and 2016.

The dimension of 2021 can be explained by that accumulation of previous protests, the effects of the pandemic, the economic crisis with a poverty of 42.5% in 2020 and an unemployment rate of 15.1%. But there is another element, the backbone of the protests and of the last 40 years of Colombian history: Uribe, the uribismo, a story -narrated in the Matarife series- that began in the shadows at the beginning of the 80’s by the hand of the Medellin Cartel, deepened with paramilitarism, his governorship in Antioquia in 1995, his presidencies from 2002 to 2010, and the continuity through Duque and the plots of drug trafficking, paramilitarism, expressed, for example, in the scandal of the relationship between the current president and the cattle rancher and drug trafficker Ñeñe Hernández.

The protests of 2019, 2020 and the outburst were an immense cry against that history of massacres, mass graves, displacements, systematic murders, false positives, drug cartels, paramilitaries, in a continuum of four decades with Uribe’s name at the center. “What harvest does a country that sows bodies reap”, was written on a T-shirt at the mobilization last Saturday, August 7, in Cali, called before the beginning of the last year of Duque’s presidential term, who will not run again, within the framework of a political system that does not allow reelection.

The presidential campaign for the May 2022 elections occupies a central place, simultaneously with the analysis of the explosion. One of the questions is what will be the relationship between the protests and the electoral proposals that can be schematized in three main vectors: on the one hand, Uribism, with no firm candidacy yet, on the other hand, an alliance that presents itself as center, called “coalition of hope” with figures such as Sergio Fajardo, politicians coming from the government of Juan Manuel Santos and the Green Alliance, and finally, another, center-left, progressive, called “historical pact”, led by Gustavo Petro, which brings together forces such as the Alternative Democratic Pole, social leaders such as Francia Marquez, and sectors coming from the U Party.

There are still several months to go before an election in a context of political instability, a delegitimized and particularly dangerous Uribism, and an explosion that, although it has withdrawn from the streets, remains latent.