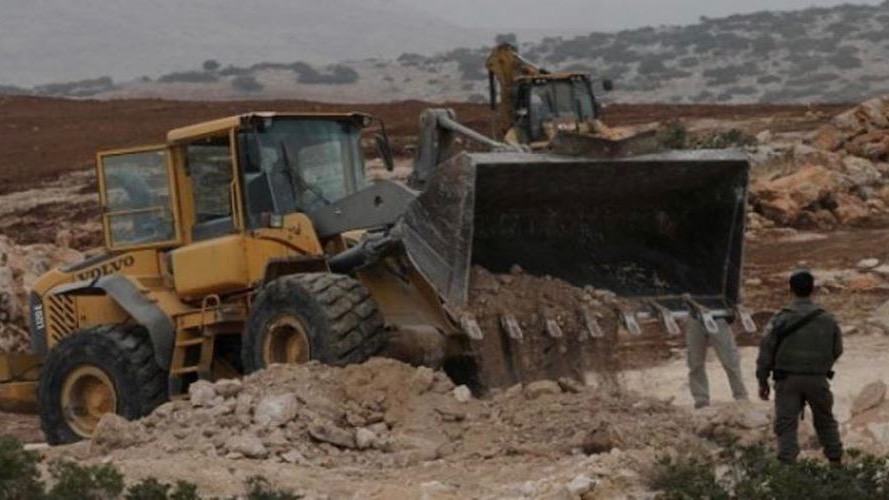 Israeli authorities carried out illegal demolitions of several Palestinian-owned residential, agricultural and commercial properties across the occupied West Bank and East Jerusalem on Wednesday, August 5, as per multiple news sources. The demolitions were carried out in several places using bulldozers and other heavy demolition equipment, accompanied by Israeli army soldiers. This includes Hizma in the northeast of occupied Jerusalem, Sebastia situated north of Nablus in the occupied West Bank, the Palestinian Bedouin village of Khirbet Ibzeiq lying northeast of the town of Tubas in the northern Jordan Valley, and the Wadi Rahaal village in Bethlehem in southern West Bank. Israeli authorities claimed that the targeted structures were illegally constructed and did not have proper Israeli building permits or were encroaching on land belonging to the Israeli municipality in Jerusalem.

In Hizma, local sources reported that the Israeli authorities demolished over 20 Palestinian commercial properties belonging to the al-Khatib family in eight different locations. Himza is surrounded by illegal Israeli settlements on all sides – the settlement of “Geva Binyamin Adam” in the north, the settlement of “Al-Nafi Ya’akov” to the west, “Bizgat Ze’ev” settlement in the south, and “Anatut” settlement in the east. The village is also located between the Israeli apartheid wall and an Israeli military checkpoint. The village has been the target of repeated raids, arrests, demolition attempts, and violence to drive out its Palestinian residents and make way for Israelis to confiscate more land for illegal settlement construction.

Wednesday’s demolitions in Himza took place despite an Israeli court recently rejecting a petition by Israeli settler organization “Rajabim” asking the court to authorize the demolitions. The petition claimed that the structures were located inside the boundaries of the Israeli municipality. Israeli authorities nevertheless carried out the demolitions after issuing a new order which was implemented within a few hours, ensuring that the Palestinians could not file an appeal against it as Israeli courts were on leave yesterday.

In Sebastia, Israeli forces demolished several agricultural structures, including a cabin, a fence, and a water network. They also leveled surrounding agricultural fields using bulldozers, rendering them unusable. According to reports quoting Sebastia mayor Mohamed Azem, the property has already been demolished once in the past following which, the owner, Abdulaziz al-Nabulsi, had rebuilt the structures.

In the Shaab Sultan area of Wadi Rahaal, five agricultural rooms belonging to two Palestinians were demolished, again citing lack of building permits, according to Hassan Breijieh, director of the Office of the Resistance of the Wall and Settlement Authority in Bethlehem.

Such demolitions are considered a war crime under the Geneva conventions and are illegal under international law, as per which, an occupying power cannot forcibly transfer the civilian population under its occupation or confiscate their lands. However, Israel has routinely carried out demolition operations to ethnically cleanse the area of Palestinians. The annexed Palestinian lands are then used for building new settlements or expanding the hundreds of illegal Israeli settlements already built in the occupied Palestinian territories, which now house close to 700,000 illegal Israeli settlers.

Lack of Israeli construction permits is often used as the justification for demolishing Palestinian buildings. However activists have emphasized that such permits are almost impossible for the Palestinians to obtain and the approval of permits is extremely biased in favor of Israeli construction. Israeli government data has also exposed this clearly discriminatory treatment. One report last year showed that the Israeli civil administration in the occupied West Bank had rejected 98% of the applications by Palestinians for building permits between 2016 and 2018, approving only 21 out of 1,485 applications.