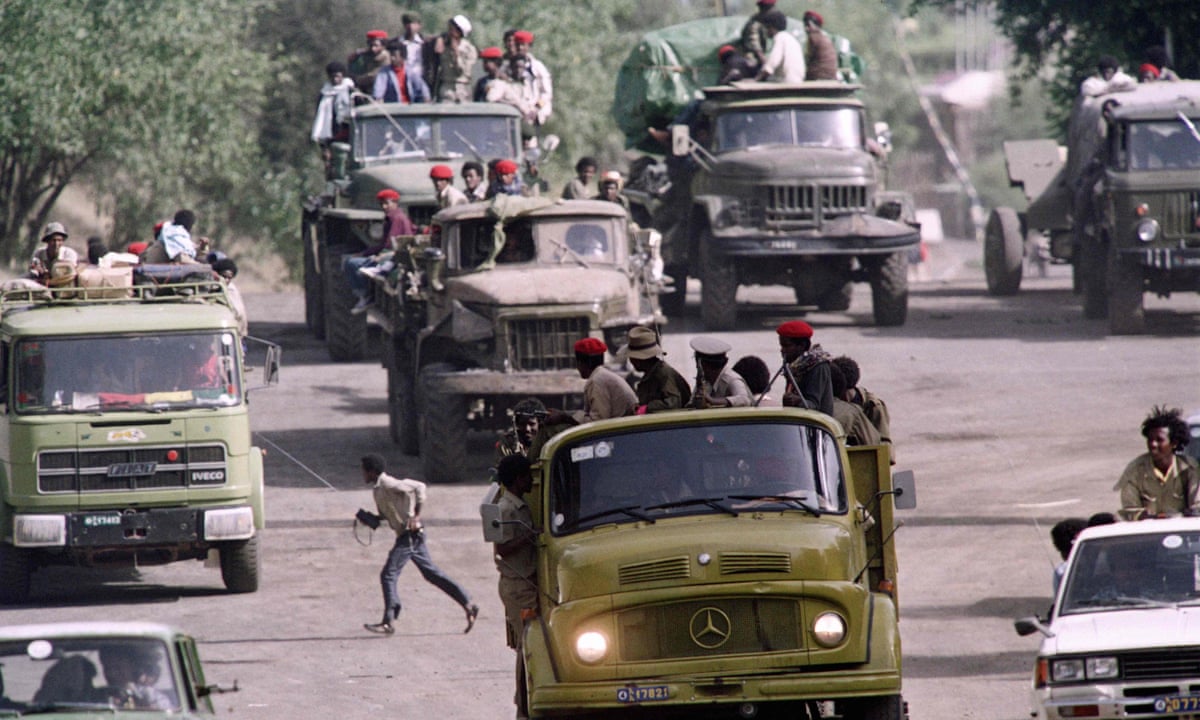 Since the federal government declared a ceasefire in Tigray on June 30, 2021, TPLF forces occupied border towns with Amhara Regional State in the areas of Alamata, Korem, and Qobo. The Amhara Regional Government called on the population to mobilize to address the “existential threat” posed by “TPLF terrorists.”

More than 20 civilians were killed in Afar Regional State and there were an estimated 54000 displaced people caused by TPLF forces raiding the region’s borders in Woreda on July 18. TPLF forces carried out a sudden attack on July 18 through Yallo Woreda, near Alamata town, Tigray, killing 20 civilians and advancing on Yallo and Kalwaan, Guulina district, Afar, and Awra town, taking control of it on July 19, and then advancing on Uwwa and Sifra towns from three fronts. The TPLF forces wanted to control the Mille highway with the goal of controlling the corridor to Djibouti. “They are pushing hard to control the Djibouti corridor the country’s only maritime outlet. In this way, they want to hold the government hostage and accept the preconditions set for negotiations.” But here, the National Army and Afar Special Forces pushed them back with a heavy attack carried out on July 23, and destroyed a TPLF battalion deployed in the Alaale Subla area of the Afar region.

The TPLF forces promised to continue the offensive despite the ceasefire from the central government and attacked Afar Zone 4. But the Ethiopian military, the Ethiopian National Defense Forces (ENDF), repulsed the TPLF attack on the Afar region, which was aimed at blocking the Ethiopia-Djibouti railway on which 85 percent of Ethiopia’s imports and exports pass. In addition to police, militia, and special forces in the Amhara region, several regional governments faced the TPLF, which sent their security forces to defend national “sovereignty” in response to “government appeals.” As a result, armed forces were mobilized from the Oromia, South, Afar, Gambella, Somali, Benshangul Gumuz, Sidama, Harari regions and the Dire Dawa administration. “I call on all youth, militia, non-militia in the region, armed with any weapon from the government, armed with personal weapons, to join the anti-TPLF (Tigray People’s Liberation Front) war mission,” declared Agegnehu Teshager, chairman of the Amhara regional government, on July 24. The call for mass mobilization was made while a spokesman of the TPLF claimed to have occupied the city of Adi Arkay, in the Amhara region. The commander of the Amhara Special Forces, Brigadier General Tefera Mamo, stated that “The terrorist group has started a war in the Amhara and Afar regions and also harasses Ethiopians,” referring to the TPLF. “Amhara special forces are fighting in coordination with other security forces.”

Regional security forces are trained under Article 52 of the Ethiopian Constitution, which empowers regional governments “to establish and administer a state police force and to maintain public order and peace within the state.” This creates shortcomings in central control over special forces and impeded the federal government’s initiative to standardize the country’s armed forces. So these forces were being mobilized by the regional governments in the war in Tigray, in the face of strengthening the regional forces, the federal forces stood only in mere territorial defense. The government of the Amhara region appointed several commanders of the special forces: Tefera Mamo (Brigadier-General), Mesele Belete (General), Biset Getahun (Commissioner), Araya Kassie (Commissioner), Mamo Girmay (General), Zewdu Eshete (General), Abebe Tekleyohannes (General), Mesele Degefaw (Assistant Commissioner) and Adamneh Mengistie (General).

ENDF communications chief Colonel Getnet Adane said that at the request of the Prime Minister, “that the incoming security forces will be placed under a single chain of command,” according to the constitutional provision on the powers of the commander in chief. “The body that mobilizes these forces determines where to place them, what they do and what happens in the case. And one of the missions of the Defense Forces is to collaborate with the related administrative and security forces. So, it will lead and coordinate in coordination with others.” But, “this could help centralize the country’s war capabilities. Special forces were established to control insurgencies in some regions. But they began to overshadow the extraordinary defense forces and every region has such forces now. So if there is any move in the future, the current situation can help in the centralization of forces.”

A statement from the Office of the Prime Minister on July 22, 2021 stated that “Prior to the June 29, 2021 entry into force of the humanitarian ceasefire and the related withdrawal of the Ethiopian National Defense Forces from Mekelle and other towns in the region, the National Emergency Coordination Committee, which had provided humanitarian assistance in three rounds, had also stockpiled more than 400000 quintals of grain and 2.5 million liters of oil for distribution to the needy. In addition, nearly 14 million gallons of fuel were left in fuel depots in the region for use by citizens prior to ENDF withdrawal.”

The Commander of the Ethiopian Air Force, Maj. Gen. Yilma Mardassa, declared that “We protect the Great Ethiopian Renaissance Dam (GERD), without looking away from it.” Adding that the Air Force is ready to attack any force that tries to hit the country, according to the order given by the government. Maj. Gen. Yilma Mardassa indicated that pressures and provocations associated with the dam are the current challenges to Ethiopia. Foreign forces, who do not want to see Ethiopia’s growing influence in the region, are pressuring the government to collaborate with traitors,” explaining that the main objective of these forces is to sabotage the dam built by the Ethiopian people. “The Air Force is well aware of the possible threats to the dam. So we will accomplish our mission of safeguarding it without taking our eyes off the dam even for a moment.” Maj. Gen. Yilma Mardassa recalled that the Air Force’s contribution was instrumental in targeting the TPLF terrorist group when the government carried out the policing operation in Tigray. “It repeatedly tried, failing, to destroy the country. Yet the terrorist group is trying to achieve its goal.” Therefore, the Air Force is more ready than ever to attack the forces that seek to destroy the country, in line with the direction of the government.

International media decided to misreport on the Ethiopian government’s unilateral ceasefire, fueling fears about the situation in Tigray, according to Ugandan journalist Kungu al-Mahadi Adam. “The international media obfuscates the situation in Tigray by advancing the agenda of armed groups. In their agenda for the armed group’s terrorist activities, they claim that the Ethiopian army has been defeated,” he noted. “Many international media undermine the efforts of the Ethiopian authorities to restore normalcy in Ethiopia’s Tigray State.” Passing off claims of “victory” such media outlets are intentionally orchestrating for the purpose of “supporting the agenda of the armed group, whose central point is not anchored on principle but on anger at the unexpected loss of influence in the country’s affairs.” The journalist claimed that the central government had made every effort necessary to support citizens affected by the operations against the state. “Data from the authorities indicate that the government’s support has so far reached more than 4.5 million people in the state.” Kungu al-Mahadi Adam observed that it is time to give Ethiopia a chance to support the restoration of normalcy in Tigray as “the government is capable and has proven it.” Misrepresentation of facts, false accusations against the Ethiopian government, and media factionalism about the situation in Tigray will not solve the problem but exacerbate it, he asserted.