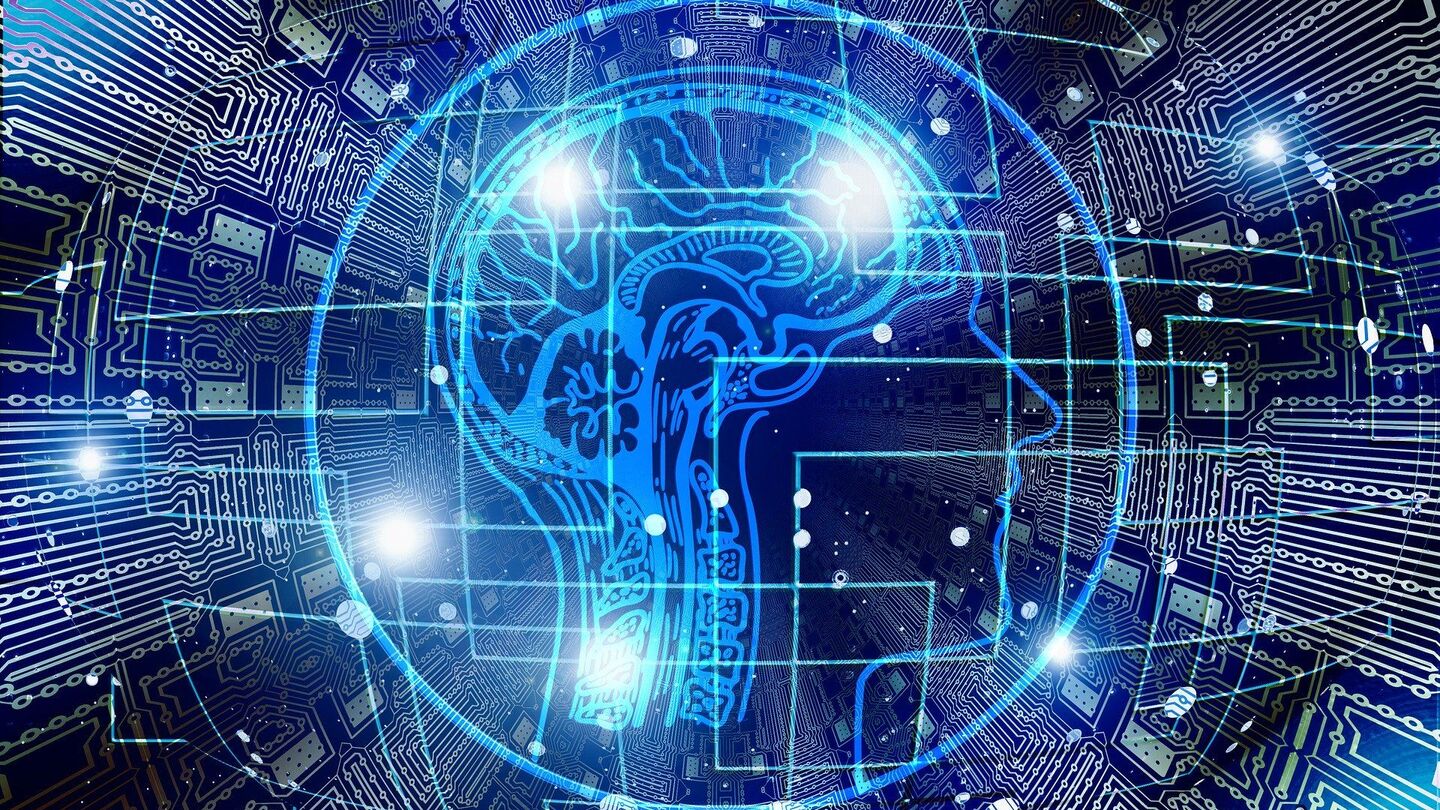 “Participants share their overnight dreams and free associate with the dreams offered in the matrix to find links, make connections and reveal new meaning and understanding of the current social context and socio-political environment, in particular, the COVID-19 pandemic, one year on.”

A couple of months ago a researcher friend of mine, very aware of how the mechanisms of power-control over the world work, had told me about the latest developments and research oddities in which the famous Tavistock Institute for Human Relations was immersed. “You have to see this,” he warned me. I didn’t immediately become involved, however. I let it sit until the sky began to fall.

The CIA director’s visit to Colombia set in motion a series of events that, together with the costly and well-planned media operation against Cuba, unleashed a series of messages on social networks that brought me back to Tavistock.

I had a dream, and that dream yesterday July 11, 2021 began to come true. I dreamed of a Cuba free of dictatorship, free of repression, free to express itself and with conditions. Together we can brothers, let’s fight for our dream of seeing Cuba free #SOSCuba #CubaLibre.
– Nancy #SOSCUBA (@Nancy49324438) July 12, 2021

The bot message triggered something in my mind. The eternal question about how those mechanisms work that allow millions of human beings to let great inequalities and social injustices go unnoticed. It is not about cynicism or naivety, it is about a great collective dream to which we have been led.

An artificial mechanism where science and technology converge to put on the facts of the world a filter, a code that introduces (input) reality and produces emotions and actions (outputs) in the image and likeness of those who have enough power to weave the tangle of messages, content and ideas that travel through the vast vastness of digital social networks and reach our minds through consumer devices whose recognizable interface is a screen.

Does anyone know where in Havana this repression took place?

You can imagine the mega beta if a plomazo sounds in a Caracas-Magallanes, we make world headlines as ‘Game of Death’ or things like that….

The state of collective semi-consciousness.

In Tavistock they have a concern lately. Knowing what kind of shared dreams have been generated within the context of the pandemic. As Mannie Sher, one of their consultants and lead researchers, explains:

Events that impact the population are an ideal context for such a purpose. From 9/11, through the 2011 Tel Aviv social protest incidents and the Occupy London movement, to the coronavirus-imposed juncture, the Tavistock Institute is preparing to tackle the mass subconscious (or in scientific jargon, monitor control and experimental groups) to get a clear picture of how the collective meaning of these times is being constructed.

This is no small task. Tavistock provides studies and research that are used by a significant number of companies and think tanks around the world. Clients whose analyses decide armament and/or financial policies. In short, they serve to redesign or adjust the gears of the planet.

At this point, it is valid to wonder where this project of social dream matrix and the events that are exploding in the region fit in. Well, here is the working hypothesis.

The COVID-19 pandemic and the measures to restrict human mobility turned the world into one vast stage. Sitting on their sofas, millions of human beings suddenly saw that access to reality was driven by technological platforms for broadcasting audiovisual content that provided much more than mere entertainment.

This is not unprecedented. Some time ago, Melinda Davies warned that the human species was facing a “mass exodus from the physical universe”, and that reality was beginning to become absolutely cerebral.

Exposure to the screen was no longer providing humans with an alternative universe, but with the universe itself. The point, as Davies proposed, is that “the values, images, processes and patterns of the primary screen shape even what happens outside it. The primary screen is the new real life, the macro-frame in which we dwell.”

What a coincidence that less than a month after the protests began in Cuba, Netflix gives us a baptism by fire with the series How They Became Tyrants, with a selection of tyrannies cut straight from the NATO drawing board. You usually see Saddam Hussein, Stalin, the Kims and Muammar Gaddafi. Of course, there is still nothing on your programming grid about Pinochet, Stroessner or Franco. Maybe for the second season?

In a world where, as Manuel Castells demonstrates, financial, political and military interests end up converging in the same control nodes that manage what we see, how we see it and when we see it, the increased exposure to screens and content driven by the algorithms of technology and audiovisual production companies have launched the entire planet into a state of collective semi-consciousness, which produces the same effects once caused by cinema or television.

Christian Metz, the French film critic and scholar, explained that the effect of the film experience was akin to a “hallucination”. Film somehow implied the reduction of the “defenses of the self.”

“For this to occur, a ‘seer instance’ (which constitutes the film itself as discourse, as an instance that exposes the story and makes it seen) is needed. Furthermore, the state of submotricity refers to the state of passivity of the spectators who absorb everything through the eyes, nothing through the body,” detailed Metz.

When we witness, no longer from the web of bots, but through flesh and blood human beings, that the balance of indignation only moves within the frames imposed by the images, ideas, concepts dictated to them by the algorithms of streaming platforms and digital applications, we recognize that we are absolutely overtaken by a frankly asymmetrical imaginative war. It is not that they purposely omit the outrages occurring against the Palestinians or against the first line of Colombian citizens, or against the hundreds of human beings whom the Chilean carabineros plunged into darkness. They simply cannot see them.

As the anthropologist Marc Augé explains, the key battle of our times is for the “abstraction of the gaze”, we would say more directly that it is for the abduction of our attention.

A gaze that is in itself the only one that belongs to us and where what we are comes into play. It is not about the hijacking of our eyes 10 hours a day through a screen. It is about the monopolization of our referents, symbols, expectations, memories and utopias.

For all those who were able to appreciate the film Inception, whose plot revolves around the possibility of installing an idea in the subconscious, it is much easier to connect the processes and actors that are serving to move and maintain the gears of social control.

“The inception process works, we are told, by placing the simplest form of an idea deep into a character’s subconscious while he is dreaming, through a series of suggestions that effectively lead the character to provide himself with the idea (in the words of Tom Hardy’s master forger, Eames). And the subconscious, we are told, is motivated by emotion, not reason, and that a positive emotion trumps a negative one. The deepest level of the subconscious is represented by a safe or vault, within which the mind stores its most private thoughts and/or memories.”

So what is the bottom line of the idea they are trying to plant in our minds? It is simple. That any political and social project different from the hegemonic order is a failure and unfeasible. An eternal return to the end of history, disguised by pretentious algorithms and graphic interfaces.

It is not only about defending economic interests, it is not only about pharmaceuticals, or banks and their advance against cryptocurrencies, it is about preserving the untouchable ideological and spiritual pillars that support the order itself.

The Sputnik V vaccine, let alone Abdala, set off the alarms of the matrix. The system is terrified by these red pills.

There can be no successful counterexamples, much less if they manage to save the lives of millions of human beings. That is why every alternative experience is boycotted with sanctions, coups d’état, blockades, internal sedition, assassination of emerging leaders. If those who weave the threads of global power allow messages to be inserted into the system that contradict their symbolic narrative with facts, there is a danger of collapse. A collective awakening.