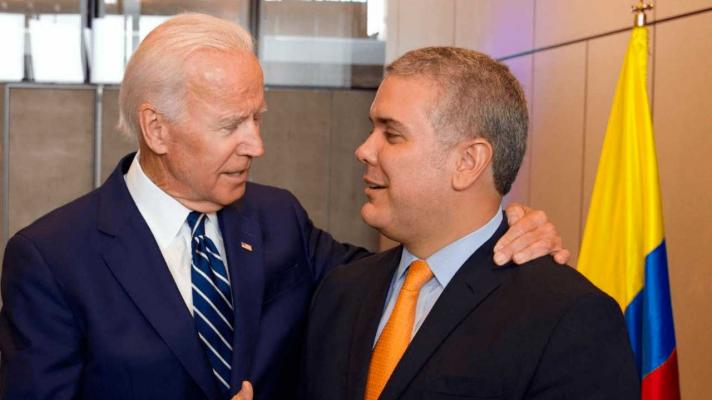 The U.S. State Department is observing with great uneasiness that movements have begun to take place in Latin America that are beyond its control and that could affect its system of regional domination.

In some of the main bastions where anti-democracy and neo-liberalism predominate, a combination of actions is causing such uneasiness. In Chile, the Constitutional Convention has elected a Mapuche woman as its president and a clearly progressive constitutional lawyer as vice-president, thus signaling the course of possible debates that could lead to a democratic Constitution after 48 years of dictatorship and post-dictatorship. Likewise, in view of the presidential elections at the end of the year, the communist candidate Daniel Jadue leads all polls, sending a clear trail of “danger” to Washington.

In other scenarios, the electoral victory of Pedro Castillo in Peru, and the eventual election of Lula in next year’s elections in Brazil, point to an undesired course for the United States in the region, which by the end of next year could have a completely different correlation of forces than the current one.

But where the U.S. government’s nervousness seems to be concentrated is in Colombia. This country, in addition to the aforementioned conditions in terms of its political and economic system, is the only country in the region that holds a NATO membership and to that extent -like Israel in West Asia- plays the role of aircraft carrier for Washington’s military presence and intervention. These two countries are the focus of the northern power’s interest due to the obvious place that the United States has given to both of them in sustaining its global strategic framework.

In this sense, the patience of the United States with Colombia seems to be waning and with it its concern has been growing. A series of recent events are an expression of this. In May, just days after taking office as foreign minister, Vice President Marta Lucia Ramirez was forced to travel to Washington to account for the deplorable human rights situation in the country. After visiting the Inter-American Commission on Human Rights, she herself announced that she had informed Secretary of State Antony Blinken of the results of the meeting. At this point, they no longer even make an effort to hide their subordination to Washington.

It is not that the United States is concerned about the multiple killings that occur daily in Colombia or the assassinations of social leaders and human rights defenders, but they need to keep their manners. This is what President Joe Biden told President Duque in a phone call he made to him on June 28. The Casa de Nariño hid this part of the conversation in the official communiqué in which it “informed” about it, but the White House did not do so and put Duque on the spot -in a not casual fact- obviously aimed at generating pressure on Bogota. Although it is not to his liking, Biden is forced to act in this way, pressured by the progressive lobby of the Democratic Party linked to Bernie Sanders without which he could not have obtained the electoral victory.

Previously, a series of events generated in Bogota have baffled Washington, which cannot decipher the designs of the ruling Uribismo. The State Department has considered it inconceivable that Duque has appointed Juan Carlos Pinzón Bueno as Colombia’s new ambassador to the United States. Pinzón is the nephew of Jorge Eliécer Bueno Sierra, a Colombian drug trafficker who has been sentenced to life imprisonment for drug trafficking in the United States, confirmed in the second and last instance. Such appointment has left Blinken’s office “against the wall”, which has been faced with the dilemma of turning a “blind eye” to the blunder of its ally, or rejecting the appointment, evidencing Duque’s clumsiness.

Washington has also taken note that Duque’s government is rejected by almost 80% of Colombians, at the same time that around 75% of citizens support the national strike that has already lasted more than two months.

In this context, and although the main concern of the Biden administration regarding Latin America is to stop the unstoppable undocumented migration to its territory, the situation in Colombia seems to be keeping the government awake at night.

An unusual “air bridge” between Washington and Bogota inaugurated on June 22 by Admiral Craig Faller, head of the Southern Command and continued by the CIA director on June 30, shows the imperial confusion about the situation of their ally, but they have understood with brilliant malignant brilliance that such actions could be used for their permanent aggression against Venezuela.

Two events of dubious authorship which have not been clarified, which have also given rise to inaccurate explanations and which coincidentally took place near the Venezuelan border, seem to indicate the use that the United States wants to make of the instability in Colombia and the incapacity of its government, in order to generate conditions for eventual armed operations of any kind against Venezuela. Both the explosion of a car bomb inside a military base located in Cúcuta that left 36 wounded on June 15 and the attack against the helicopter in which the President was traveling with two of his ministers on June 26 in the same city, are surrounded by the most absolute mystery, increasing the doubts about the perpetrators and the intentions that could be pursued with such events.

The United States endorses the terrorist desperation of Uribism, but believes it must set some limits to prevent things from getting out of control. Next year’s presidential elections are in its sights. Immediately after the first attack, he decided to take action, Faller’s trip was aimed at learning on the ground the extent of the government’s inability to control the situation and the risks involved. As if the Colombian authorities could not resolve the matter, Faller informed that the FBI would be the institution that would investigate the attack in order to “clarify the facts and find those responsible and thus guarantee that they would be brought to justice…”. This decision would be based on the fact that the barracks attacked contained U.S. soldiers who were part of the occupation force operating in that country.

Only a few days later, on June 30, the Colombian ambassador in Washington, Francisco Santos, with his usual lack of wisdom and in a desperate search for political salvation after his imminent departure from his post, announced that CIA director William Burns would travel to his country on a “delicate” and evidently secret mission. For nobody can go unnoticed that in a little more than a week, the main U.S. military chief in the hemisphere, the director of the most important foreign intelligence agency and President Biden himself with his phone call to Duque have taken an interest in Colombia. This is an unusual situation for any country in the world, unless events of unpredictable consequences are taking place there.

The day after Burns’ visit, the outlook continued to darken with the arrival on July 1 in Colombia, specifically at Combat Air Command No. 5, located in Rionegro, Antioquia, of six U.S. Air Force F-16s.

What both governments are hiding, however, is that the U.S. concern actually stems from Colombia’s increased production and export of cocaine. In March, the White House certified Colombia for its results in the fight against drugs in 2020. In the document, the United States recalls that the government of Iván Duque committed to reduce crops by 50% before the end of 2023. In other words, to achieve that the planted hectares would not exceed 100,000 and that cocaine production would be below 450 metric tons.

Paradoxically, however, just three months later, on June 25, three days after Faller’s visit and five days before Burns’, the White House Office of National Drug Control Policy (ONDCP) issued its annual report on coca cultivation and potential cocaine production in the Andean region. The report determined a historic increase in Colombia of close to 15% in the last year. The report highlights that Colombia broke records in illicit crops and potential cocaine production, reaching the highest levels in the last decade. They had an increase of close to 15% in 2020, in relation to the previous year.

The report states that during the last year, the country reached a maximum figure of 245 thousand hectares of coca leaf plantation, after having registered 212 thousand hectares in 2019. Likewise, it went from 936 to 1 thousand 10 tons of potential cocaine production, far from the figures to which Duque had committed.

In this context, Burns’ “delicate” mission was aimed at discussing this issue with the Colombian government and most probably delivering lists with names and surnames of generals, parliamentarians, ministers and magistrates involved in the drug trafficking business, which has overwhelmed the country’s governability, putting its political system in check, in the face of Washington’s evident disturbance.

Both Colombia and the United States need to sustain the drug trade. For Colombia, it means employment for hundreds of thousands of peasants, who would otherwise swell the country’s vast numbers of marginalized and poor, increasing its instability and crisis. Thus, it serves to inject resources into its economy by licit means (Plan Colombia) and illicitly through the parallel trade generated by this business.

In the case of the United States, the DEA acts as the regulatory body that controls the amount of drugs that can circulate in the market. If that amount is reduced, domestic violence increases due to the imbalances produced by the decrease in supply, prices rise, generating great unrest, anxiety and violence among the millions of consumers in the North American country. Conversely, if supply increases, the market is flooded, increasing the number of consumers and with it crime and health costs for the troubled U.S. economy.

In 1979, the DEA developed Operation Greenback with the objective of investigating and controlling the channels through which the large amounts of money produced by this illegal business flow, however, this operation was suspended and forgotten without explanation when the accounts of the most important U.S. financial and stock market institutions began to be audited. It is worth mentioning that this operation was directed by the then vice-president and drug czar George Bush, who later became president. Since then and until now, there is no reliable information about the billions of dollars circulating in the U.S. financial system that “help” to support the American way of life without successive governments having done anything to prevent it, simply because the country would fall into chaos.

Thus, the United States acts out of necessity to sustain internal stability on the one hand and its hegemonic interests in the region on the other, and uses the Colombian government, taking advantage of the criminal record it retains of some of its most recent presidents. This is the real concern of the United States. To avoid setbacks it will do anything from preparing a favorable replacement that will recover the country’s governability in next year’s elections, to turning a “blind eye” to the violation of human rights, the continuous assassinations and daily killings in the country, to using Colombian territory for armed actions, assassination attempts and covert operations against Venezuela.