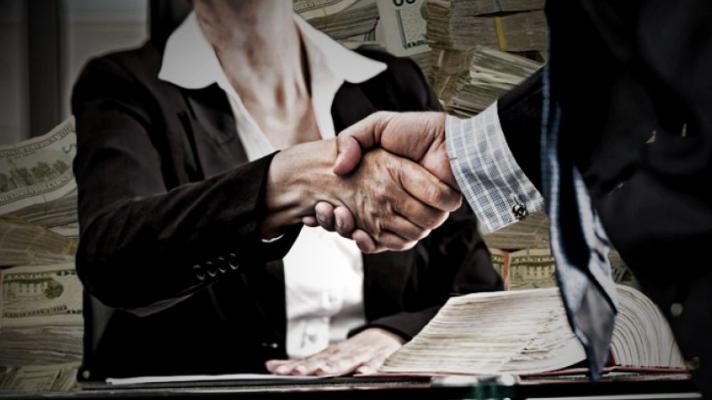 It is important to identify that NGOs, here and everywhere, are administrators of the global system, non-state agents that function as incubated centers of training, propagation and even involvement in legal matters (Photo: Juan Díaz / Misión Verdad).

Non-Governmental Organizations (NGOs) began to expand in the context of the Cold War and the globalization of neo-liberalism, accustomed to operate as political parties but protected under the legal and supposedly impartial cloak they hold. They are not innocent actors and in Venezuela they fulfill specific functions, determined by interests and tasks according to the imperial agenda.

NGOs fulfill functions within the asymmetric resources  (economic war, financial aggressions, media intoxication, perceptual sieges) of the war against Venezuela. Those focused on human rights, freedom of expression or political access to goods and services that receive promotion, media visibility and participation in any multilateral forum or convocation, here or abroad, may preach everything, but they do not go beyond being operators within the agenda of the hybrid war against Bolivarian Venezuela.

Although the NGOs here proclaim themselves as the representatives of “civil society”, in “defense of citizens’ rights”, these organizations are nothing more than “instruments of US foreign policy”, according to the research of Canadian economist Michel Chossudovsky.

Since the Bolivarian Revolution took power, NGOs have been fronts for the receipt of foreign financing; they have been set up as “citizens'” elements that challenge national sovereignty; since many of them are nothing more than channels to distribute logistical and financial resources, with other purposes far removed from the humanitarian, environmental, political or labor catechism they preach.

The role of the NED

The NED, that “huge global operation” as the writer William Engdahl put it, founded in 1983 under the government of Ronald Reagan, begins its operations and runs in parallel with the neoliberal expansion of that American president and the then British Prime Minister Margaret Thatcher, within the framework of a series of privatizations of government assets and undertakings within the CIA.

Its creator, the academic Allen Weinstein, declared in 1991 that “much of what we are doing now – with the NED – the CIA was doing covertly 25 years ago”.

Its budget comes mainly from the US Congress, but it also receives funding from other friendly “entities” such as the  Open Society Foundations of financial speculator George Soros.

What are the intentions, disguised as philanthropy, of the Open Society? You have to know its history https://t.co/5Ac8H7mEkA

As Engdahl reminds us, their practice is that of gringo-version “democracy promotion” (human rights artillery), noting that “the NED has been at the center of every American ‘color revolution’ since the overthrow of Slobodan Milosevic in 2000” to date.

From the NGOs that successfully achieved that the process of denunciations and “protests” led to coups d’état and the installation of hard neoliberal governments, to its participation in the 2002 coup against the Bolivarian Government, passing through the “Arab Spring” and reaching Hong Kong, the binding activity of the NED is not only verifiable, but decisive. The NGOs it finances are another instrumental arm of US foreign policy.

Other funding centers, apart from the CIA covertly and the NED explicitly, are the aforementioned Open Society of Soros, as well as USAID (the United States Agency for International Development), the IRI (the International Republican Institute, legacy of the late John McCain) and the NDI (the National Democratic Institute for International Affairs), its president Madeleine Albright), CIPE (the Center for International Private Enterprise, the international wing of the U.S. Chamber of Commerce) and The Solidarity Center (the international policy arm of the NED and the American Federation of Labor and Congress of Industrial Organizations, AFL-CIO).

The range of US institutions for the financial support of destabilizing organizations, or simply defending the interests of large corporations in the different regions of the world, is varied in name, but in essence the imperial interest prevails and does not differentiate one from the other.

If the NED functions as a coordinating center, Freedom House (which also receives financing from the NED) functions as a training center for these NGOs, “observatories” or foundations. There are many organizations in Venezuela that have required the services of one or the other center.

In Venezuela, it is undeniable that an extensive list of anti-Chavista NGOs have acted as not-so-silent partners of the U.S. government and other Western countries https://t.co/TR5EBX6L61

Likewise, USAID has served as a privileged channel: let’s recall its key role during the “humanitarian aid” operation (the so-called “Battle of the Bridges”) resisted by the civil-military union on February 23, 2019. Through USAID, an attempt was made to invade the country under “humanitarian” pretexts.

The string of NGOs receiving funding and support from the NED and other U.S. and European institutions in Venezuela is wide and foreign, as is also demonstrated by the amount of “financing areas” that declare that they have been invested in 2020 in Venezuela (without specifying the organizations that receive those thousands of dollars).

And in this case it is public and formal, because according to an investigation by the British newspaper The Guardian, published in May 2020, in 2011 the NED delivered funds to Venezuelan rock festivals, through NGOs, foundations and civil associations, with the aim of culturally undermining the Bolivarian Government and attracting potential political operators among the opposition youth. The information was made public through declassified documents.

NGOs, in many cases, are not very different from the political operators of any country: they attack as political parties and defend themselves with a supposed neutrality conferred by their legal status.

Organizations such as Súmate, born in 2002 and until recently presided over by María Corina Machado, oriented its range of action to the attempt to discredit the National Electoral Council (CNE), and which received financing from the NED; and like Humano y Libre, founded in May 2002, whose director was Gustavo Arroyo Tovar, that served as a financial channel for guarimberos groups in 2007, are organizations that today are registered in the United States as corporations. These, in addition to being recognized for their shameless desire for a coup, inaugurated the destabilizing role of NGOs in Venezuela.

The most notorious by the local media in the last few years have been Foro Penal, Control Ciudadano and Provea. Each one has a specific media purpose and manages ample resources to carry out destabilizing work including “civil” disguises, which serve as an overview of the actions of NGOs in Venezuela.