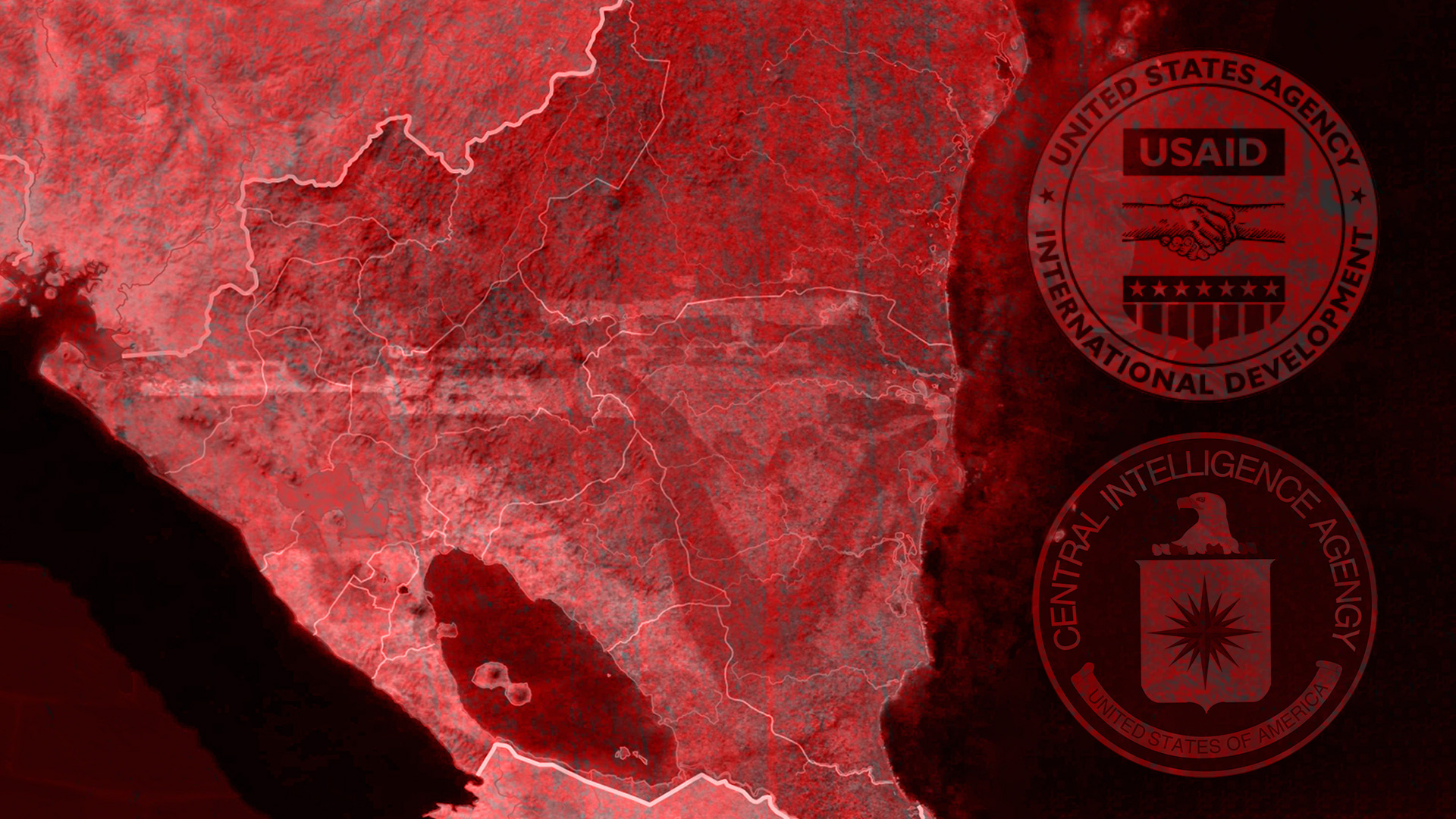 Article of reflection and denunciation by the former President of Honduras, Manuel Zelaya, distributed in his capacity as President of the Peoples’ Anti-imperialist International.

Beginning in the 1980s, with the advent of the neoliberal model of exploitation, organizations began to appear that in theory were to fill a vacuum that naturally arose between the public and the private spheres. These non-governmental organizations, which at first were perceived as impartial, became in essence self-proclaimed political agents of civil society, legitimizing the impetuous rise of globalization and the market. With the arrival of progressive governments, via elections in Latin America, as in the case of Nicaragua, where Daniel Ortega won by more than 70% with the Sandinista revolution, these same organizations directed their activity to the strategic and political control of society, to what, euphemistically, in the United States, is called “Regime Change”.

The functional structure from the top, whether in the United States or Europe, positions a few opulent foundations to feed the entire NGO machinery. The most prominent ones supply about 80% of all the funding handled by these organizations worldwide. In most cases, the parent foundations have no direct relationship with the recipients who function as local distributors of the funds. For this function there is a network constituted by international cooperation agencies such as USAID, NDI, NED, IRI and other Western government agencies that finance intervention actions, mainly aimed, allegedly, at “poverty reduction”, strengthening of “democratic values”, governance, “human rights”, transparency, justice, and management of public finances.

From the aforementioned network of NGOs, there are hundreds of organizations that saturate the political life of society, creating a kind of parallel state, driven by the media and networks, which artificially become protagonists that seek to undermine the progress of progressive governments, or prevent the rise to political power of leftist political projects, which claim the participation of society and the state against the deceit of the market.

This immense network of tentacles of the factual powers is in charge of promoting a hidden and specific agenda that defines the orientation they want to convey to the public opinion. In Nicaragua they shamelessly promote the policies that the hegemon requires. Thus, it is not strange that in Honduras in 2009, they actively supported the coup d’état, always under the anti-communist discourse of defending democracy.

With enormous resources these organizations are dedicated to advising the state regarding what it should do until they become agents of delegitimization of politics, and against socialist liberation movements, despite the fact that their functioning is, strictly speaking, political in nature.

Their other function, equally perverse, is dedicated to destabilizing any popular government in Latin America that does not agree to submit to the dictates or geostrategic interests of the hawks in Washington. In this task, they nurture networks of supposed discontent that are dedicated to the construction of negative images of leaders, spending significant resources in their task.

Since the first decade of the 21st century, this well-articulated Smart Power system has become a specialist in promoting and organizing “color revolutions”, which are nothing more than controlled popular protests aimed at regime change to impose a docile administration at the service of the interests of transnational corporations. Significant is the participation of the FORD Foundation and specifically of George Soros, who accumulated experience in Eastern European countries after the fall of the Soviet bloc, and was instrumental in the well-known “Arab Spring” that strengthened the existence of extremist groups such as the Islamic State throughout the Middle East and North Africa.

In Latin America, the activity of these organizations extends from Mexico, where they oppose the government of the fourth transformation, to Argentina, where they are part of the meticulous work of discrediting the Peronist administration. Their main attack in recent times has been directed towards the ALBA countries, fundamentally Nicaragua, Venezuela, Bolivia, Cuba, etc., where they have organized uprisings against the government.

In these countries they have even organized violent uprisings, which have cost the lives of many innocent people. The case of Cuba is unique, since the existing conditions of the blockade do not allow them the flow of resources that they can use in the other aforementioned countries. On the other hand, Venezuela and Bolivia have been eradicating the operation of these NGOs in their territories, which usually operate under the façade of humanitarian organizations.

In Nicaragua, currently under attack, there is a situation similar to the violent riots organized in 2018, led by the political opposition that without any organic capacity served as an entrance to many external resources aimed at creating the sensation of the imminent fall of the democratic government. This time, the new US electoral condor plan has been anticipated, especially by the amount of resources destined to boycott Nicaragua’s electoral process in November.

Their efforts in Nicaragua are aimed at raising the political profile of the opposition, and their mission is to prevent a new popular victory for Sandinismo. For this purpose they are pushing the media agenda, which due to its genuflecting nature allows them to shift from being great defenders of the electoral process today to being the standard bearers of the suspension of the election if the outcome does not favor their interests.

The Anti-Imperialist Peoples’ International repudiates the obvious conservative aggression from Washington against the people of Nicaragua and stands in solidarity with the Sandinista Revolution, led by Comandante Daniel Ortega.