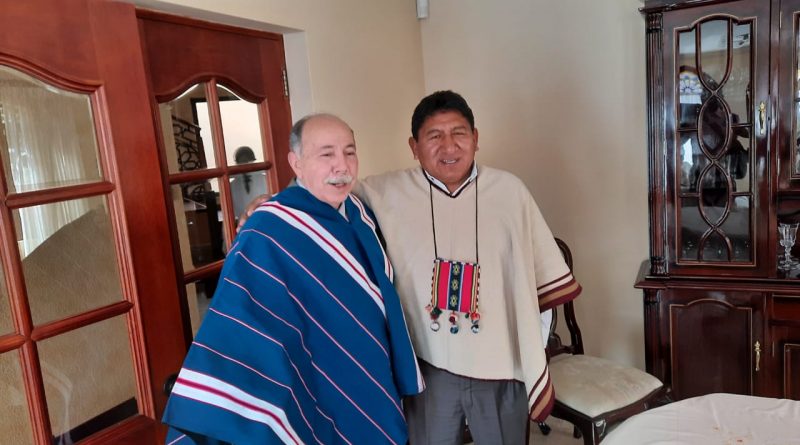 Kawsachun News spoke exclusively to the Ambassador of Cuba in Bolivia, Danilo Sánchez Vázquez, about the COVID-19 vaccines his country is developing and the context for Cuba’s success in the field of biotech and public health. We also discussed Cuba’s economic model and the enormous difficulties foisted upon the country due to the decades-long economic United States economic blockade.

How many vaccines is Cuba developing and how effective are they?

We are working on five vaccine candidates, but I’d like to start by saying that Cuba has been developing vaccines from long before the start of the Covid pandemic, for 30 years Cuban scientists have been developing a number of different types of vaccines. Today there are about 10 vaccines produced in Cuba that are used within the country for numerous illnesses. Cuba has managed this thanks to the initiative taken by Fidel Castro, decades ago, to develop Cuban science. We are a small country, 11 million people, our national territory is 1/10th of the size of Bolivia. We don’t have much in the way of natural resources so we have had to develop human talent in the midst of difficult conditions presented by the blockade. Cuba’s biotech sector isn’t new, BioCubaFarma is the name of this large complex that employs more than 20,000 people who carry out medical research and who produce medications for use in Cuba and for export to numerous countries that seek out these products.

It was in this framework that we began work on the five COVID-19 vaccines, which include Soberana 02 and Abdala which are in phase 3 [final phase], there is also the Soberana Plus, Soberana 01, and Mambisa. These are names from our history, from our struggles. Abdala has achieved an efficacy rate of 92.28% which places it among the best in the world, it’s also possible to apply this one in children. We are one of only a handful of countries to have produced a vaccine, it’s practically a miracle for a country that faces such complicated and difficult conditions due to the blockade by the United States that has been in place for more than 60 years. Developing a vaccine is incredibly complicated, more so for us. Around 900 different components are needed to make a vaccine, for western lab, they can just make a call and have these things delivered the next day. We can’t do that, the largest empire in the world blocks us, so we have to go to great lengths to get different parts and medical components from far-flung areas of the world and bring them in by jumping over all the hurdles they place on us. We produce some of those components but we’ve to search for others abroad.

We’ve managed to arrive at this position, developing five vaccine candidates, thanks to years of work and years of recognizing the centrality of public health. In Cuba, healthcare is free at all levels, whether it’s a neighborhood doctor taking your temperature, or a major organ transplant, it’s completely free for our people. It comes at a great cost for the government of course, but we consider it a priority. That is why we’ve had positive results in combating COVID-19, in the past few weeks we’ve had a rise in cases like in the rest of the region with this new wave. We’ve had a total of 173,000 cases since the start of the pandemic, whereas Bolivia, which has roughly the same population size as us, has had triple that number. In Cuba, 8 out of every 10 COVID-19 patients who go into intensive care survive. There are many countries in the region where that figure is reversed. This success is thanks to our organizing capacity as a state, it isn’t perfect of course, there are always problems and limitations still.

Our aim is to have the entire eligible population vaccinated by the end of this year with our own Cuban vaccines. Without buying any through COVAX or from the open market, because we don’t have the resources for that. 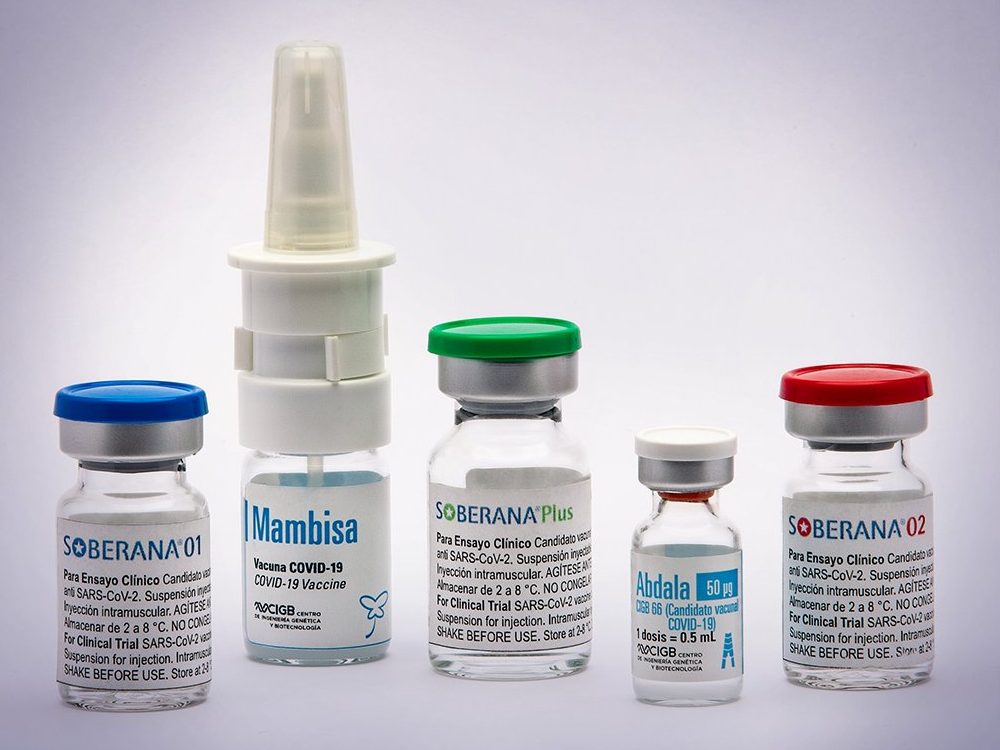 In most of Latin America, falling ill is normally followed by economic ruin for the patient’s family, not only due to the cost of a hospital stay, but also because of the high cost of imported medications. How has Cuba managed to produce so many of their own drugs?

It was a political choice made by the government. Cuba is a socialist country and that means that the principal means of production are in the hands of the state, which in turn is in the hands of the people. There is part of the economy which is not state-owned but is instead cooperative. A lot of producers of food, milk, and fruits are part of cooperatives, this means that they work collectively so as to make the best use of resources and then they distribute earnings in an equal way. Big landowners don’t exist. Here there is also free education, from primary school through to a doctorate, there is no cost at any level. This can be paid for because the principal means of production are owned by the state and that provides revenues. We are also promoting some small to medium private businesses because that can be a motor for economic growth and the raising of living standards.

So it’s in this context that Cuba built its biotech industry. We were able to develop human talent because we built a strong education system, starting with the huge literacy campaign that started in 1962. Meanwhile, there are capitalist countries with huge reserves of natural resources, but who have chosen not to raise the intellectual and scientific level of the people.

Sport is another aspect of health that often gets overlooked, but in Cuba, we’ve cultivated sporting talent among the people. Cuba is now a leader in the field of sports, our achievements are well known in the Olympics and Paralympics, why? Because we dedicated resources to cultivate these abilities.

Cuban scientists yesterday as they found out that the vaccine they had been working on (Abdala) is 92.28% effective, among the highest in the world. pic.twitter.com/v95iVxEZrJ

What are some of the ongoing effects of the blockade?

I could talk for a very long time about all the detrimental effects of the blockade. I’d like to stress that this has been imposed on us for more than 60 years, since 1962. The aim is to force our country to its knees through hunger and shortages, so it’s a permanent and systematic violation of human rights.

The blockade means that Cuba cannot access credit from international institutions, it can’t import vital equipment for industry that comes from the US, the US forces a boycott of our products that could be exported. Cubans can’t receive remittances from their own family members who live in the US. Foreign Direct Investments are welcomed by the Cuban government, but the US threatens foreign investors with lawsuits. We are allowed to import some things, but we have to seek special permissions which is a complex procedure with a number of conditions imposed. Between April of 2019 to March 2020, the blockade cost the economy $5 Billion in lost activity, for a small country like ours, that is brutal.

This is why every year at the UN, the vast majority of countries vote against the US blockade. At the most recent last week, 184 countries voted to end the blockade. 2 voted against Israel and the US,  3 abstained; Colombia, Brazil, and Ukraine. Life is dramatic huh? For over 15 years, Cuba received children that were victims of the Chernobyl tragedy and gave them free healthcare, that is our culture of solidarity that started with Fidel. Even if we don’t have much, we share, that is what we want to teach the new generations because when you share you get repaid much more through spiritual satisfaction. I think that’s a much more Christian attitude than anything taught by the church.

We have severe limitations on our economy, placed by the United States, and the Trump administration placed 243 new restrictions on top of what we already had. They stopped the cruise ships of US tourists from arriving. If a tourist does make it through a third country, then they can’t take back Cuban cigars or rum, even though our rum is delicious. The blockade even extends to foreign banks. Even here in Bolivia, the private banks have dealings with the US and so they refuse to allow transfers to Cuba for fear of being sanctioned by the US. Even during the Obama administration, where things improved a lot, large fines were still being applied to international banks who worked with us.

Our great sadness is that Cuba could advance so much, for the benefit of our people but also for people all around the world. Since the start of the pandemic, Cuba has sent 57 new medical brigades to 40 countries all around the world, including Europe. Europe is wealthy, but they still understood that Cuba has an important contribution to make. Even before the pandemic, Cuba had 28,000 medical workers in over 50 countries, including Bolivia. In Bolivia, the medical cooperation here was very important and it began before Evo Morales took power, Cuba staffed entire hospitals in Bolivia even before Evo. Since then, Cuba has donated equipment and staff to over 40 hospitals across Bolivia, we established 15 centers for ophthalmology, 750,000 ophthalmology operations were carried out in Bolivia. How much was charged to those who received those operations? Nothing. Cuban doctors have carried out 73 million appointments in Bolivia. That is to say, an average of 7 for every single citizen. They carried out 60,000 births. Cuba offers thousands of scholarships for Bolivian students from poor backgrounds, so they can study medicine in Cuba.