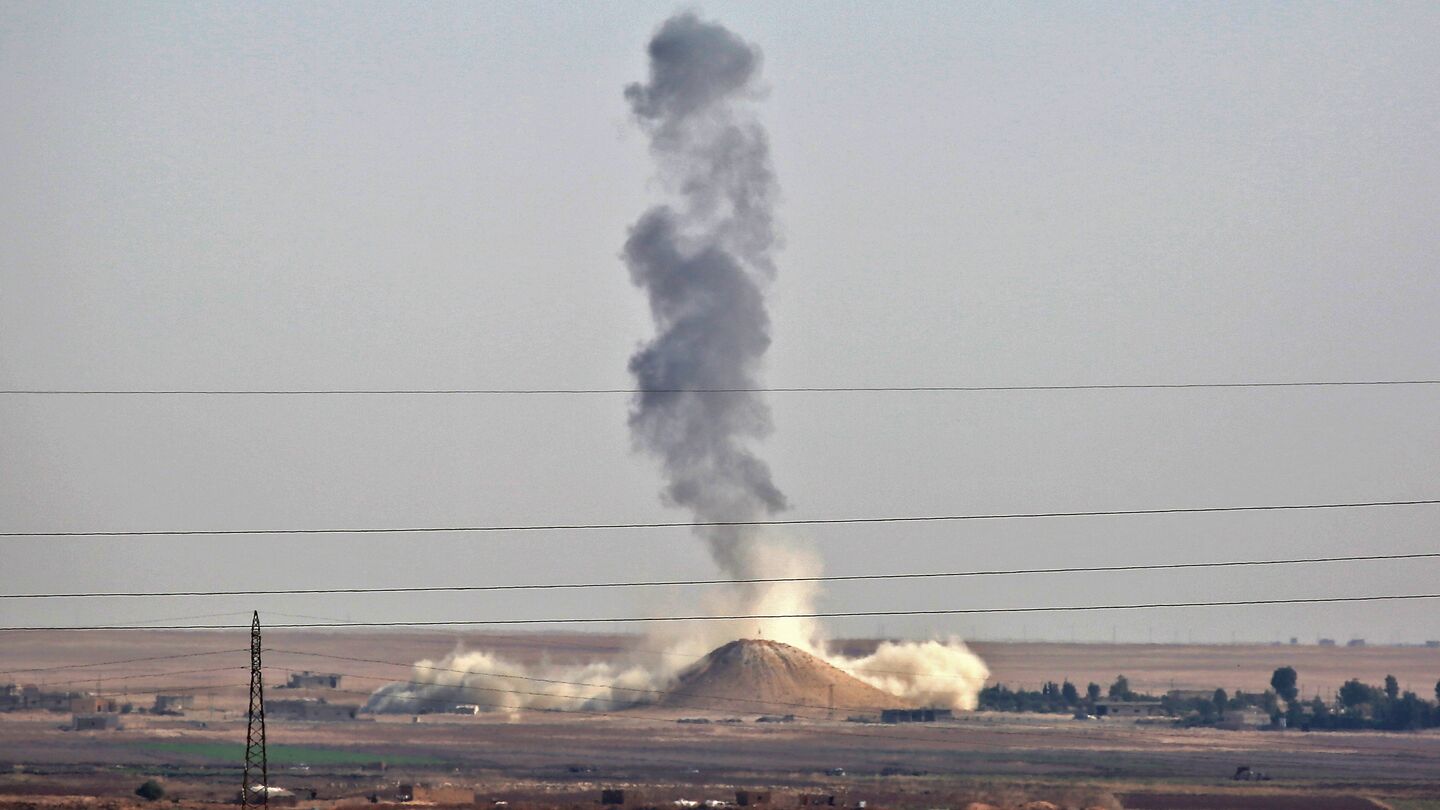 The round of airstrikes carried out by the United States on the Iraqi-Syrian border last Sunday constitute a new aggression against international law, Middle East peace and lay bare the supposed “return to multilateralism” of the first 100 days of the Biden administration.

Context: The airstrikes, according to the official Pentagon statement by its spokesman John Kirby, targeted “operational and weapons storage facilities” of the Iraqi militias Kataeb Hezbollah and Kataib Sayyid al-Shuhada, which cooperate with the Syrian, Iraqi Army and the Islamic Revolutionary Guard of Iran in the anti-terrorist fight in the area, and are usually singled out under the slant of “pro-Iran militias”.

Fact: This is the second airstrike ordered by Joe Biden against Syrian territory since he assumed the presidency of the country. The first was in February of this year, when two F-15E Strike Eagle aircraft launched guided missiles against the city of Abu Kamal, located in eastern Syria, where, according to the Americans, the aforementioned Iraqi militias are said to have military installations.

Details: The military aggression in February and that of last Sunday are justified as an authoritative “response” to the attacks on US military installations in Iraq. In April, a drone strike was reported near a US military post in Erbil (northern Iraq), and in early June, from the Ain al-Asad base, which is used by the US military, two drones were shot down from an unspecified direction. Using these events in a utilitarian way to maintain its hostile policy against Syria, Kirby asserted that “the United States acted in accordance with its right to self-defense.”

Parenthesis: The attacks against US military installations is a typical case of “Blowback”, a category coined by the CIA to designate the long-term boomerang effect of the empire’s colonial interventions, the Iraqi case being one of the most iconic and cruel of the new millennium.

Response: Following last Sunday’s air strike, the US military contingent illegally occupying the area surrounding the al-Omar oil field, located in the Syrian province of Deir Ezzor, has been attacked with rockets, according to a report by the state agency SANA. The oil field symbolizes the intimate relationship between the U.S. occupation in eastern Syria and the plundering of natural resources.

Reactions: The Iraqi government called the airstrikes an unacceptable violation of its sovereignty. In this regard, Iraqi Prime Minister Mustafa Al-Kadhimi stated that he “will study all legal options to prevent the repetition of such attacks”. The Syrian Arab Republic’s foreign ministry condemned the bombing in the same vein, adding that the action only contributes to reinforcing “the explosive situation in the region.”

Why it is important: The bombing comes just days after Ebrahim Raisi’s victory in Iran’s presidential elections and in the midst of a meeting between Israeli President Reuven Rivlin and his US counterpart, Joe Biden, who took advantage of the press attention to attack Iran, warning that it will not obtain “nuclear bombs” during his term in office. Two weeks ago, the lower house of the US Congress voted to repeal the Authorization for the Use of Military Force (AUMF), an instrument that grants the president war powers and exceptional command over the empire’s military decisions without the need for congressional approval. With this legal recourse, Bush Jr. justified the colonial invasion of Iraq and it is the same one that Biden has used to bomb the Iraq-Syria border.

It is likely that the latest round of airstrikes will seek to protect this legal artifact and, at the same time, mark new lines of tension with Iran as Washington continues to stall negotiations to resume the Joint Comprehensive Plan of Action (JCPOA) in Vienna.