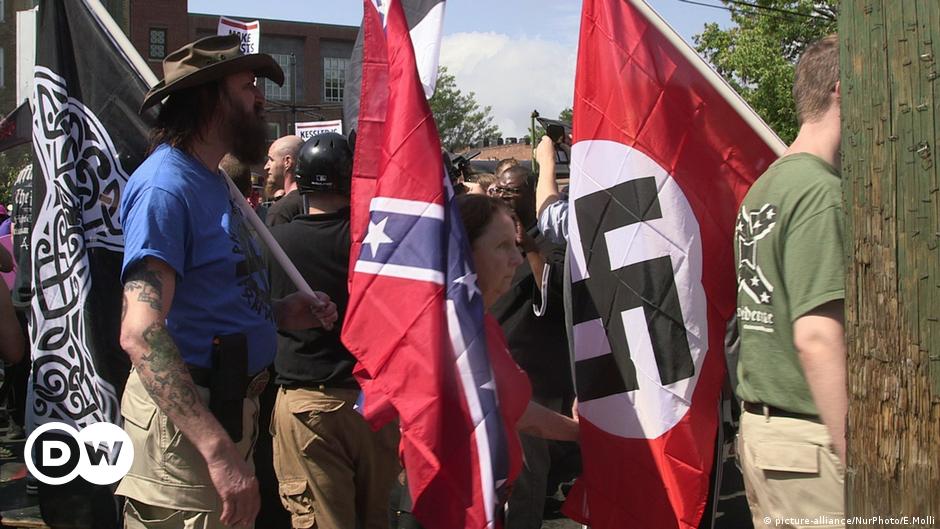 Fascist groupings are in the ascendant throughout the world. While some are emerging from the political peripheries – slowly but steadily gaining traction on the terrain of ideological hegemony – some have already taken the reins of state power. This new wave of fascism poses an important question: why did the intensifying crisis of neoliberalism strengthen the Right instead of revitalizing the Left? The post-1990s trajectory of austerity and immiseration should have bolstered the appeal of progressive forces among the masses. However, what we have been witnessing is the growing hold of extremely conservative ideas on the proletariat.

Ernst Bloch, a German Marxist philosopher, witnessed a similar situation as the left-wing camp in his country was trounced by Nazism. His response to this contradictory development resonates with the current conjuncture. Bloch deployed the concept of “non-synchronicity” to understand fascism, writing, “Not all people exist in the same Now. They do so only externally, by virtue of the fact that they may all be seen today. But that does not mean that they are living at the same time with others”. There are social strata that have been left behind in the process of modernization. These layers express their dissatisfaction with the present by looking back, towards a better past.

In other words, fascism draws from the future in the past, calling up mythologized forces, responding to modern disenchantment, joining a romantic anti-capitalism – roots, soil, homeland – among rural strata with fears of decline and genuine impoverishment among middling urban strata and a youth out of step with the capitalist drive toward abstraction and immateriality. Fascism, therefore, expresses an authentic longing for something different. It creates new figures, synthesizing various elements into hybrid structures, using materials from elsewhere – fairytales, myth, kitsch, Romanticism, occultism and magic, masculine qualities (strength, openness, decency, purity), as well as vitalist philosophy (will, life, creation, instinctive knowledge).

The palingenetic ideals of fascism serve transhistorically as a medium for processing every historical present. The subjects of fascism are called upon to leave a shameful normal life and to enter a proud life of bravery. It is important to note that pride and shame are fundamentally related. Feeling pride involves a realization of the ideals that define the faults and errors that cause us to feel ashamed. Shame collapses the “I” with the “we” in the failure to transform the social ideal into action, a failure which, when witnessed, confirms the ideal, and makes possible a return to pride. In the fascist case, the return to pride depends on the positioning of the subject as someone who confesses to being part of the imminent chaos and decline. Thus, the enactment of shame functions as a means of returning to pride. This return involves correcting wrongdoings by defending the survival of the nation, the people and the race.

Fascism’s nostalgic idealizations are always empty. And yet, we know that the emptiness of the mythically constructed past that the Right holds out as a lost version of a better life as well as the emptiness of its promises with regard to the contradictions of capitalism are precisely the point of the underlying strategy. Empty times and spaces are effective spaces for the creation of the fears, fantasies, and hopes that the Right seeks to cultivate. Vague references to a better past ask the audience to fill in the gaps in content and logic with their own nonsynchronous projections; a rhetorical model of broad strokes, vague slogans, provocations, and propositions clearly replaced articulated programs. The point is not precision or the communication of actual information but the establishment of spaces in which anomy and anxiety can play themselves out and which can amplify discontent rather than finding answers to it.

The invocation of historically indeterminate imageries has real consequences for electoral battles and discursive struggles. Eberhard Knödler-Bunte argues that the entanglement of fascist ideology in the past turns it into a “depoliticized mass movement.” The “fascist public sphere,” Knödler-Bunte contends, is ultimately nothing other than “a politicized public sphere aimed at real depoliticization.” Hence, fascism operates on an innately contradictory ground – establishing a public sphere that encourages politicization while simultaneously reducing political dialogue and thought to impoverished versions of public deliberation.

Knödler-Bunte’s arguments help us understand the strategy of contemporary right-wing governments that lower the bar of public and political discourse in order to replace political dialogue with emotionally charged slogans. Paired with the mere semblance of rebelliousness, these tactics obfuscate structural problems and promote a depoliticized discourse, including pseudo-political branding efforts, disinformation campaigns, and conspiracy narratives, in place of political analysis, debate, and programmatic thinking. The extreme Right has traditionally relied on this co-optation of revolutionary energy and its displacement from a critique of capitalism to a vehement yearning for a hazy past.

Fascism has a constitutive contradiction: the rising tensions between the ironclad rhythms of the working day and the promise of a magical rupture with these empty homogenous routines. Demagogic talks about national-cultural regeneration are always in dissonance with the brute system of surplus value extraction. In order to use these weaknesses of fascism to its own benefit, the Left needs to adopt a liberatory conception of history. Instead of turning to the past to restore lost forms of order, we may understand the past as a rich collection of unheard appeals, unfulfilled hopes, of silenced demands for freedom – and such a relation to the past in turn shows us what is missing in the present and what cries out for completion.

Understood in this manner, the past denotes for us not mythical unity and purity but the history of systemic injustice, oppression, and exploitation, which in turn means that the past contains the energy that leads the way into the future. The past is not just what was. It is that which was never allowed to be, that which never could be, and it therefore points towards that which may yet be. A truly utopian and revolutionary imagination examines the past as an archive of emancipatory struggles that were repressed or abandoned but that reach into our present and herald a future through their continuous demand for realization.