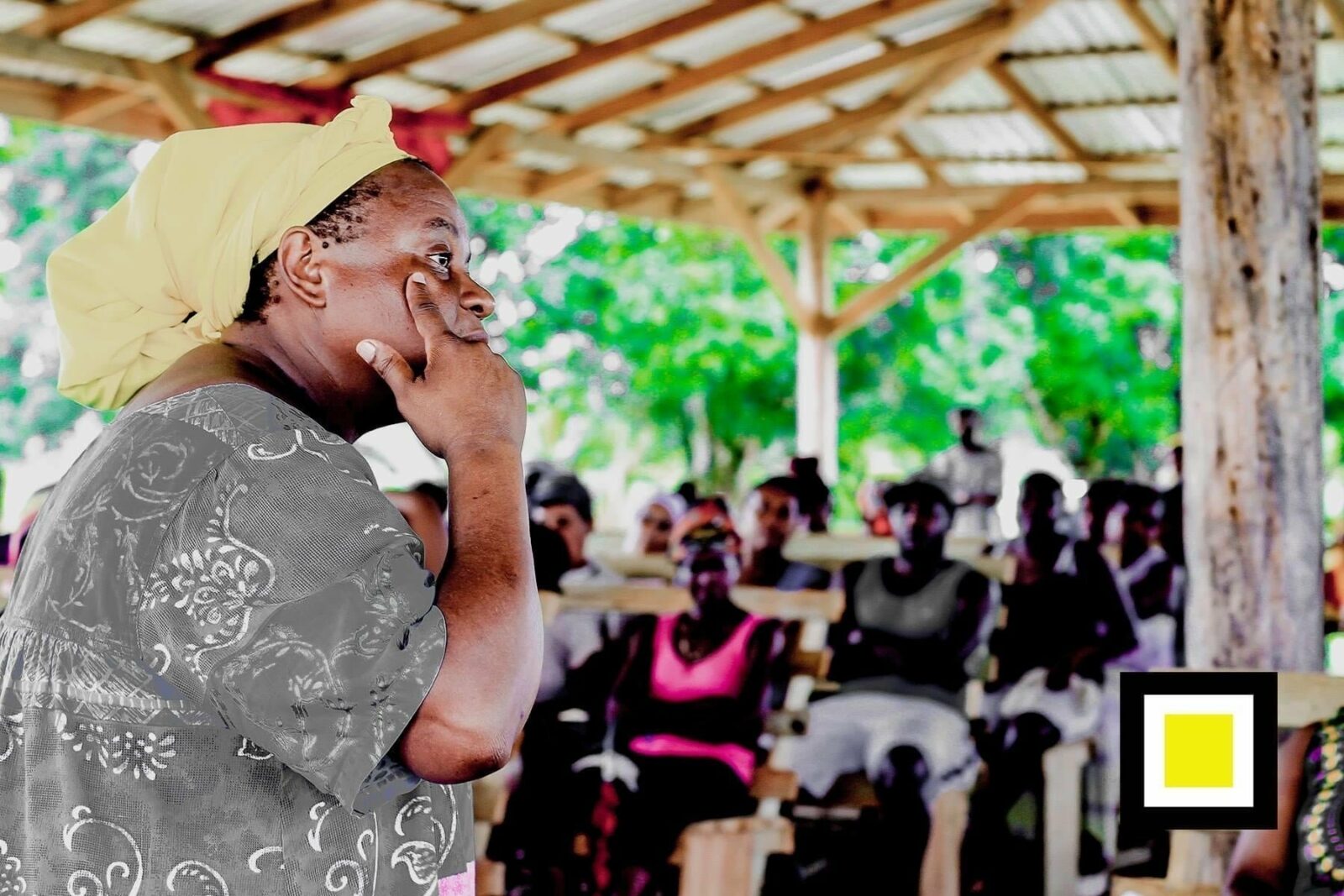 On May 18, the Honduran Black Fraternal Organization (OFRANEH) and the Garifuna Committee for the Investigation and Search for the Disappeared of Triunfo de la Cruz – SUNLA held the virtual forum Institutional Racism and the denial of access to truth and justice to the Garifuna people in the context of the forced disappearance in Triunfo de la Cruz, Honduras.

The objective was to make visible and condemn the delaying, racist and denial actions by the Honduran State for the incorporation of SUNLA in the search and investigation process in the case of the forced disappearance of the young Garifuna: Albert Snaider Centeno (President of the Patronato de Triunfo De la Cruz), Milton Joel Martínez Álvarez, Suami Aparicio Mejía García and Gerardo Misael Trochez Calix.

On July 18, 2020 at approximately 5:00 am, thirty heavily armed men, wearing uniforms and badges of the Dirección Policial de Investigación (DPI), entered the Garífuna community of Triunfo de la Cruz in the Department of Atlántida, Honduras. The group is involved in an alleged operation in which they raided seven homes and kidnapped five people from the community, including leaders and a member of the board of trustees. According to testimonies from the community, the elements that identified themselves as DPI agents had fully located the people, their homes and those of their close relatives.

During the forum, Pablo Centeno, father of Albert Centeno, representative of the families of the disappeared noted, “we are here to expose the institutional racism and the denial of justice and truth to the Garifuna people regarding the disappearance of our boys, also to make visible internationally and condemn the racist delay, the refusal of the Honduran government to allow and to accept the incorporation of SUNLA in the investigations of the forced disappearance of our boys.”

In addition Centeno condemned the threats to which they are being subjected “through various means, because they want us to accept the conditions, they want us to accept what they say, regarding our boys and they want us to give up the investigation into the truth.” On the other hand the representative of the families stressed “that SUNLA’s purpose is to find our boys alive, to find the truth of what happened and to bring to justice those responsible for the disappearance of our boys.”

Jessica Norales, part of SUNLA, expressed that “the proposal has been the creation of the Garifuna Committee of Investigation and Search for the Triumph of the Cross – SUNLA, which in Garifuna language means ¡Basta Ya! That is the moment in which the Garifuna people have organized themselves, they are preparing to investigate and do everything possible to know the whereabouts of our brothers and sisters.”

On the other hand Miriam Miranda, Garifuna coordinator of (OFRANEH) pointed out that “SUNLA today is a space that constitutes a movement, to say enough is enough, as SUNLA says. We constituted the committee based on the right of indigenous peoples to seek truth and justice”.

In addition, the coordinator denounced that “on March 4, 2021, during a hearing at the Inter-American Court of Human Rights (IACHR), the representative of the Attorney General’s Office stated that there was no forced disappearance. In addition, in a report issued by the State before the IACHR, she stated her categorical refusal to incorporate SUNLA in the investigation process. That seems to us to be totally irresponsible on the part of the State given that the State itself had previously been sentenced in 2015 for violating the human rights of Triunfo de la Cruz.”

On October 29, 2003, the IACHR received a petition presented by OFRANEH, regarding the case of the Garífuna community Triunfo de la Cruz and its members, against the Republic of Honduras. During the trial, attacks, threats, criminalization and assassinations began against leaders defending Garífuna territories.

Also, the Court ordered the State to adopt certain measures of reparation. “After the Court’s ruling, the community leaders became the target of death threats and intimidation, so that they would give in to the demand for compliance with the ruling,” recalls Miriam Miranda in a previous interview for Avispa Midia.

The Garífuna community of Triunfo de la Cruz is located in the department of Atlántida, in the municipality of Tela, on the shores of the Caribbean Sea. It is rural and has a population of approximately 10,000 inhabitants. Triunfo de la Cruz is not just any community, says Miriam, “it is a community that has a condemnatory sentence against the State of Honduras, the Honduran people must know this and it must be known worldwide, that they disappeared Snaider Centeno, they took him from his home, a young staunch defender of the rights of his community, of the territorial rights of his people”.

Miranda points out that SUNLA has emerged in a country with special characteristics, “a failed state, where there have been successive coups d’état, where there is a racist judicial system at the service of those with economic power, where impunity reigns, a country where human rights defenders, defenders of territories, defenders of life are persecuted and criminalized, a country known for the caravans of more than ten thousand people, where everything has been stolen”.

In a communiqué published in April, OFRANEH denounced that: “in the last three years more than 40 Garifunas have been murdered and another number have abandoned their communities due to the generalized violence, threats, criminalization and persecution against them”.

Edy Tábora, Ofraneh’s defense attorney, pointed out that “there is no institutionality in Honduras that attends to the needs of investigating aggressions against indigenous peoples.”

According to UNESCO, the Office of the Prosecutor for Ethnic Groups and Cultural Heritage “represents the indigenous and Afro-Honduran peoples, guarantees their access to justice and protects their rights through the application of national laws and international regulations in force.”

However Tabora points out that “it is an institution that the Honduran State was never interested in developing, it has practically been centralized in the City of Tegucigalpa and, due to lack of resources, it is incapable of investigating more than five cases.”

Tabora stresses that “definitely the violence and criminalization towards indigenous peoples is not going to stop at this time.” For the lawyer, the plan of nation that began in 2010, with the coup d’état, has two fundamental pillars. The first is security, which has to do with militarization, and the second is the concession of territories, a plan that spans from 2010 to 2038, “which implies that we have only been implementing this plan for 11 years.”

The organization Global Witness, in its report called Defending Tomorrow – the climate crisis and threats against land and environmental defenders,” highlights that “in Honduras, murders increased from four in 2018 to 14 in 2019, making it the most dangerous country in the world for land and environmental defenders in 2019. In turn, it is the country with the highest increase in the percentage of lethal attacks against activists.”

Tabora highlighted some relevant points that characterize the State’s action in the case of the disappearance of the four members of the Garífuna community:

1.- There is a denial by the Honduran State to qualify and investigate with a focus related to forced disappearance.

2.-There is a refusal from the first moment to coordinate with the Garífuna people or through the organizations – in this case OFRANEH, SUNLA -, and to incorporate forensic experts and private investigators to the investigation.

3.-The investigation is handled by a prosecutor’s office that they themselves say that they do not have the competence to investigate this type of facts.

4.-Lack of information to the families of OFRANEH. What they say is that it is going to hinder the investigation.

Agua Balde, international lawyer and part of SUNLA, emphasized from the international legal framework “that the families have been central to the clarification of the facts, so it is important that they join the investigation. The right to participation is even endorsed by the United Nations in the charter of human rights and although Honduras is not part of the Geneva Convention, it does not exempt the Honduran State since the charter has a universal scope.”

The Honduran state is the main obstacle in reaching the truth and finding the whereabouts of the Garifuna disappeared by the state itself. In addition to violence, the Garifuna face dispossession by transnational companies that see in their territory the opportunity for the construction of projects such as the Employment and Economic Development Zones (model city) or the African palm plantation that has invaded more than 38 communities. In the face of this, the Garífuna nation is committed to struggle and collective resistance, and from Honduras, the loud voice of SUNLA, ¡Ya basta! is heard throughout the world.

Ofraneh is calling for a protest tomorrow in the northern city of La Ceiba against the Economic Development & Employment Zones (ZEDEs) #Honduras https://t.co/6tndj84AuS

Protest in La Ceiba, Honduras by black Garifuna community (and others) against the imposition of ZEDE – hypercapitalist economic zones for foreign investors – which many accuse of being part of the wave of assassinations, kidnappings, disappearances and torture of Garifuna. pic.twitter.com/APQRWTV6Yh