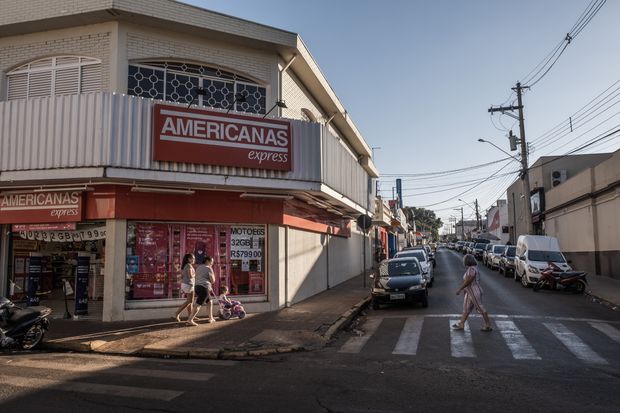 The town of Serrana, Brazil, was vaccinated against Covid-19. Photo: Tommaso Protti for The Wall Street Journal

SÃO PAULO—Brazil’s experiment to vaccinate an entire town with the Chinese CoronaVac shot reduced Covid-19 deaths by 95%, providing more evidence of the efficacy of the vaccine being rolled out across much of the developing world.

All adults in Serrana, a town of 45,000 people in southeastern Brazil, were offered CoronaVac between February and April as part of the “Project S” experiment, the first mass trial of its kind against Covid-19.

The Butantan Institute, the São Paulo-based public-research center that organized the study with Chinese firm Sinovac, said Monday that cases and deaths from the disease had plunged in Serrana, even as neighboring regions struggled with rising infections.

Deaths from the disease fell 95% in Serrana between the beginning of February and mid-May, according to Butantan’s presentation of the final results. The number of symptomatic cases fell 80%, and hospitalizations related to the disease dropped 86%, the study’s researchers said. 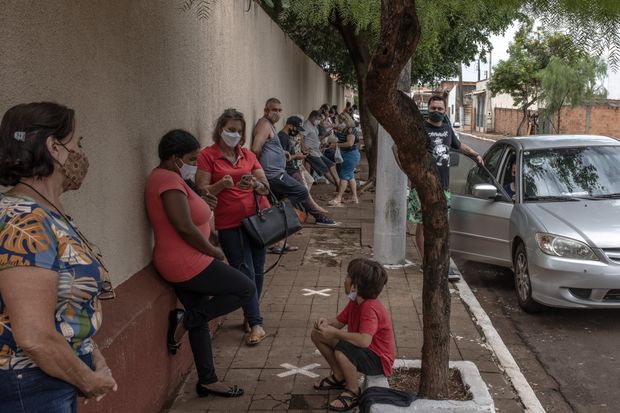 People in Serrana waited in line to receive a Covid-19 vaccine outside a public school in February. Photo: Jonne Roriz/Bloomberg News

Butantan said the mass vaccination campaign had curbed transmission of the disease in the town, also reducing cases and deaths among those who weren’t vaccinated, including minors under 18 and adults with serious health problems who couldn’t take the shot. More than 95% of the town’s eligible adults agreed to take CoronaVac as part of the experiment.

The study’s results show that it is possible to control the pandemic by vaccinating about 75% of the population, said São Paulo’s state governor, João Doria, who led the partnership with Sinovac. “It goes to prove that the only way to conquer the pandemic is with vaccines,” said Mr. Doria, a critic of President Jair Bolsonaro, who has promoted unproven cures for the disease and has said he didn’t plan to get vaccinated himself.

Thousands of Brazilians took to the streets Saturday to protest against Mr. Bolsonaro, who has also played down the gravity of Covid-19, which has killed more than 460,000 people in the country. A congressional probe into the crisis has shown his administration failed to take Pfizer Inc. up on its offer last year of as many as 70 million vaccine doses, among other failures.

The presidential palace didn’t respond to requests for comment. Mr. Bolsonaro has defended his actions during the pandemic, criticizing state governors for lockdown measures that he blames for crippling the economy and costing jobs.

More than four months into its vaccination campaign, Brazil has immunized only about 10% of its population, mostly with CoronaVac doses secured by Mr. Doria’s state government.

Butantan, which has led CoronaVac’s clinical trials and is also producing the Chinese vaccine in Brazil, didn’t release the full data from Project S’s results Monday but said it would publish the complete study shortly.

The experiment was planned in secret since August to prevent mass migration to Serrana by other Brazilians desperate to get vaccinated. The town was divided into 25 zones. Each was vaccinated at different stages to examine the effect on transmission of the disease in neighboring areas.

“Serrana became one big laboratory,” said Dimas Covas, director of the Butantan Institute. “This should serve as an example for the rest of the world,” he said, adding that he hoped the study would help policymakers in other countries understand how many people they need to vaccinate to control the pandemic.

Sinovac’s vaccine is being rolled out across other Latin American countries such as Colombia, and in dozens of other developing nations from Egypt to the Philippines.

While countries such as Israel or Chile have also shown the benefits of mass immunization, Project S is the first controlled experiment into mass vaccination against Covid-19, providing more precise results, Mr. Covas said.

Butantan’s researchers will continue to study the effects of CoronaVac in Serrana over the next year, he said.

The Bolsonaro regime, with support from the U.S., sought to block approval of Chinese vaccines for use in Brazil. It's now shown that China's vaccine reduced one town's death rate by 95%.