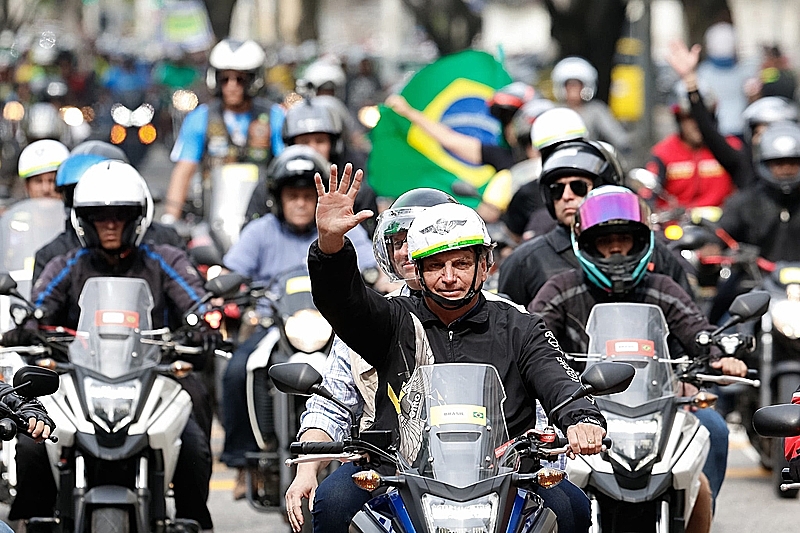 Moving average of infections, rate of contagion and hospital occupancy indicate renewed outbreak within the country

In the last 24 hours, Brazil registered over 80,486 new confirmed cases of covid-19, totaling 16,274,695 since the start of the pandemic. Moreover, there were 2,398 deaths, adding to a grand total of 454,429. The data comes from a bulletin released by the National Council of Health Secretaries (Conass) on Wednesday (26th).

However, in addition to the Conass bulletin, at least three major indicators point to the onset of a third wave of covid-19 in Brazil. This is because the daily moving average of cases has risen consistently for weeks, seven states already have ICU bed occupancy rates above 90%, and the contagion rate has surpassed the ceiling of 1 for the first time in two months in the country’s five regions. Another significant fact is that for the first time since the start of the pandemic, the median age of hospitalizations is below 60 years.

According to Worldometer, the seven-day moving average of new infections gained momentum at the beginning of the month, surpassing the 60 thousand mark on the 7th. On the 20th, it was close to 66 thousand (65,961), the highest of this cycle, and has remained above 65 thousand since Saturday (22nd) with an increase over the last three days, culminating in 65,910 on Tuesday (25th).

The peak since the beginning of the pandemic was on March 27th, with 77,129 infections. There are also cases of Severe Acute Respiratory Syndrome (SRAG), which, according to Fiocruz, shows signs of increase in eight of the 27 states of the Union. Respiratory syndromes are, at the moment, mostly caused by coronavirus infections.

According to a report from the State of São Paulo, the increase in cases is reflected in the occupancy of ICU beds. Seven states have rates equal to, or greater than 90%: Piauí (91%), Ceará (94%), Rio Grande do Norte (96%), Pernambuco (97%), Sergipe (93%), Paraná (95%) and Santa Catarina (95%). Mato Grosso do Sul and Distrito Federal should be next to surpass the mark, as they had the biggest increases in the last few days.

São Paulo, the most populous state in the country, surpassed the 80% mark on Tuesday (25th). In the state capital that bears the same name, there are also signs of a third covid-19 wave. Six hospitals in the city’s public network have 100% of ICU beds occupied, and the private network has already sounded the alarm. The Albert Einstein hospital, for example, is expected to open 60 new ICU beds in the coming weeks, after seeing the total number of infections jump from 114 to 168 in just two weeks. In the Syrian-Lebanese Hospital, the rise was from 141 cases to 174 in one week.

Young people in the ICU</strong.

According to the Fiocruz Covid-19 Observatory Bulletin, released on Friday (21st), the median age of hospitalizations was below 60 for the first time ever. It was 55 years old in the week of May 2nd to May 8th, 11 years lower than between the 3rd and 9th of January. The same goes for those who needed an ICU, with the average age dropping from 68 to 58 years using the same basis of comparison.

“Unlike the last few weeks, more than half of the cases of hospitalization and ICU admissions occurred among non-elderly people. Regarding deaths, although the median is still over 60, over the course of this year there was drop of 10 years”, says the Fiocruz bulletin.

Another data point that shows a possible third wave of covid-19 looming on the horizon is the rate of contagion, known as (Rt). According to a report by the UOLnews portal, in all regions of the country it surpassed 1, considered the ceiling, after 57 days below it this past Tuesday (May 25th). The worst affected regions were the South and Northeast, at 1.12 each. In the North it stood at 1.06; at 1.02 in the Midwest and 1.01 in the Southeast. The data is from Info Tracker, which is organized by the state run universities in São Paulo, Unesp and USP.

Rt represents the number of people that an infected person contaminates. That is, if it is above 1, each patient is transmitting the coronavirus to more than one person. Therefore, it is understood that this number can never exceed 1.