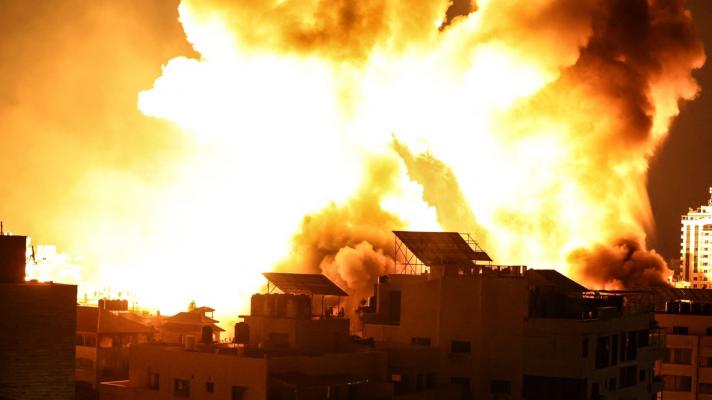 The extraordinary confrontations between the Palestinians and Israel are evidence of paradoxes that will not be resolved anytime soon. The Israeli approach to what is going on seems formal and misleading. Israeli Chief of Staff Aviv Kochavi said, “Hamas has not properly assessed the severity of our response, as the Gaza Strip is facing an enormous intensity of attack that has not been witnessed to this day.” Tel Aviv revealed that it had bombed over 1,500 targets and destroyed dozens of buildings in the besieged Gaza City.

However, Israel never realized that the Palestinian resistance groups had introduced new long-range missiles and significantly increased firepower with a rhythm of more than 150 rockets fired daily and simultaneously. The Palestinians registered more than 100 buildings hit in Israel, and Gaza introduced a new equation by bombing from the first day Jerusalem and Tel Aviv. This is a fundamental change in the rules of engagement, of bombing gradual stages and avoid bombing Tel Aviv, to which the “Axis of the Resistance” is accustomed. For the first time, new missiles were launched, under the name “Al-Qasim” (named after the Iranian commander Qassem Soleimani responsible for supplying the Palestinians with weapons) which has a warhead of 400 kg and “Ayyash” (named after “Yahya Ayyash ») with a range of 250 kilometres.

Khaled Meshaal, representative of “Hamas” abroad, did not hesitate to say that “the resistance has benefited from Iran, its missiles and its expertise, and the organizations in Gaza have benefited from the smuggling of weapons and military technology.”

The Israeli operation “Guardian of the Walls” failed to introduce a new deterrence equation in the face of the Palestinian “Sword of Jerusalem”. As in all wars, Israel succeeded in destroying facilities, agricultural land, civilian buildings, banks, public roads and buildings for local and foreign media. This indicates that the Palestinian resistance has succeeded in reducing the Israeli bank of highly sensitive targets, as used to be the case in past wars. The Israeli inability to determine the location of rocket launchers and the whereabouts of senior military commanders means that civilian institutions are now Israel’s target of choice.

Israel has not fundamentally changed anything in its destructive policy adopted in past decades against Gaza or Lebanon: targeting infrastructure and residential areas are Israel’s preferred targets, hoping to turn the population against local resistance. Gaza introduced a new element in the fight by increasing the intensity of its firepower against different Israeli cities it had never attacked before, starting from the heart of Tel Aviv to the southern city of Eilat.

After each battle between Israel and the Axis of Resistance, each side examines the performance during the fighting to conclude the appropriate lessons in order to improve its performance and fill in blind spots, in preparation for the next battle. It is still too early to conclude whether it will be the intensity of the rockets launched or the quality of the missiles that will prove decisive.

This next generation wants to take back all the usurped land: it will no longer accept the Israeli hand in Palestine.

As in all past wars, Israeli officials vow to return Gaza to the “Stone Age”, highlighting the power of its artillery and, above all, the air force provided by the US military industry. There is no doubt that Israel is unrivaled in the Middle East in terms of its military strength. However, apart from the introduction of the new F-35 jets in this battle, Israel inflicted significant human and material losses on its opponent, as it has always done. Since there is no international accountability and Israel disregards all international law, unlimited US support encourages Prime Minister Benyamin Netanyahu to disregard the rules of war, targeting children (60 dead so far), women (39 dead) and many other civilians. However, Israel failed to achieve its goal of limiting rocket and missile fire.

To the surprise of Israeli planners, local Palestinian solidarity in Gaza supported the resistance groups. Palestinians have been living in besieged Gaza City with limited means and lacking many basic necessities for years. They have developed a resistance to the grievance, exemplified in the local saying: “I am drowning and I am afraid to get wet”.

Israel claims to have intercepted 90% of the total of 3,000 rockets and missiles from Gaza launched against different Israeli cities. This means that at least a few hundred missiles managed to escape the network of Israeli interceptor systems. These rockets are forcing thousands of Israelis into their shelters and preventing daily life from continuing as normal, unlike in previous wars against Gaza.

The Palestinian resistance managed to launch about 150 rockets a day, which landed in different places: near Haifa in the north, Ramon airport in the south, and different settlements around Gaza such as Ashkelon, Ashdod, Beersheba (Negev), Gush Dan (Tel Aviv) and Jerusalem. Israeli intelligence failed to anticipate the ability of the Palestinians to attack different Israeli cities simultaneously.

It seems that the era of the Palestine Liberation Organization (PLO) that signed the Oslo Accords is over.

Also significant is the uprising of the 1948 Arabs who have Israeli citizenship. During the bombing of Gaza, they affirmed the unity of the resistance in the besieged city. It seems that the era of the Palestine Liberation Organization (PLO) that signed the Oslo Accords is over and that the next generation wants to take back all the usurped land: it will no longer accept the Israeli hand in Palestine.

The besieged city of Gaza has become a sort of concentration camp. Isolated from the sea and from the land (only the Rafah crossing is open, according to Egyptian will), and it has no airport. Consequently, all weapons reach the city through its secret tunnels. However, this war – there is no doubt that it will be devastating for Gaza – has endangered the Israeli entity with the resurgence of the solidarity of the Palestinian people, manifested for the first time since 1948.

Benjamin Netanyahu called on Israeli residents to “hang in there”. Israeli leaders did not commit to a specific time to end the war, they understand that this is a long-term one. This was evidenced by the U.S. position at the United Nations when the U.S. ambassador vetoed a request for a cease-fire in the Security Council. As a result, the last word will go to the side that survives the longest, in a war that will continue to rage between the belligerents for a few more days.

This article was originally published on Elijah J. Magnier’s blog on May 18, 2021, translated by Eli C. Casas.