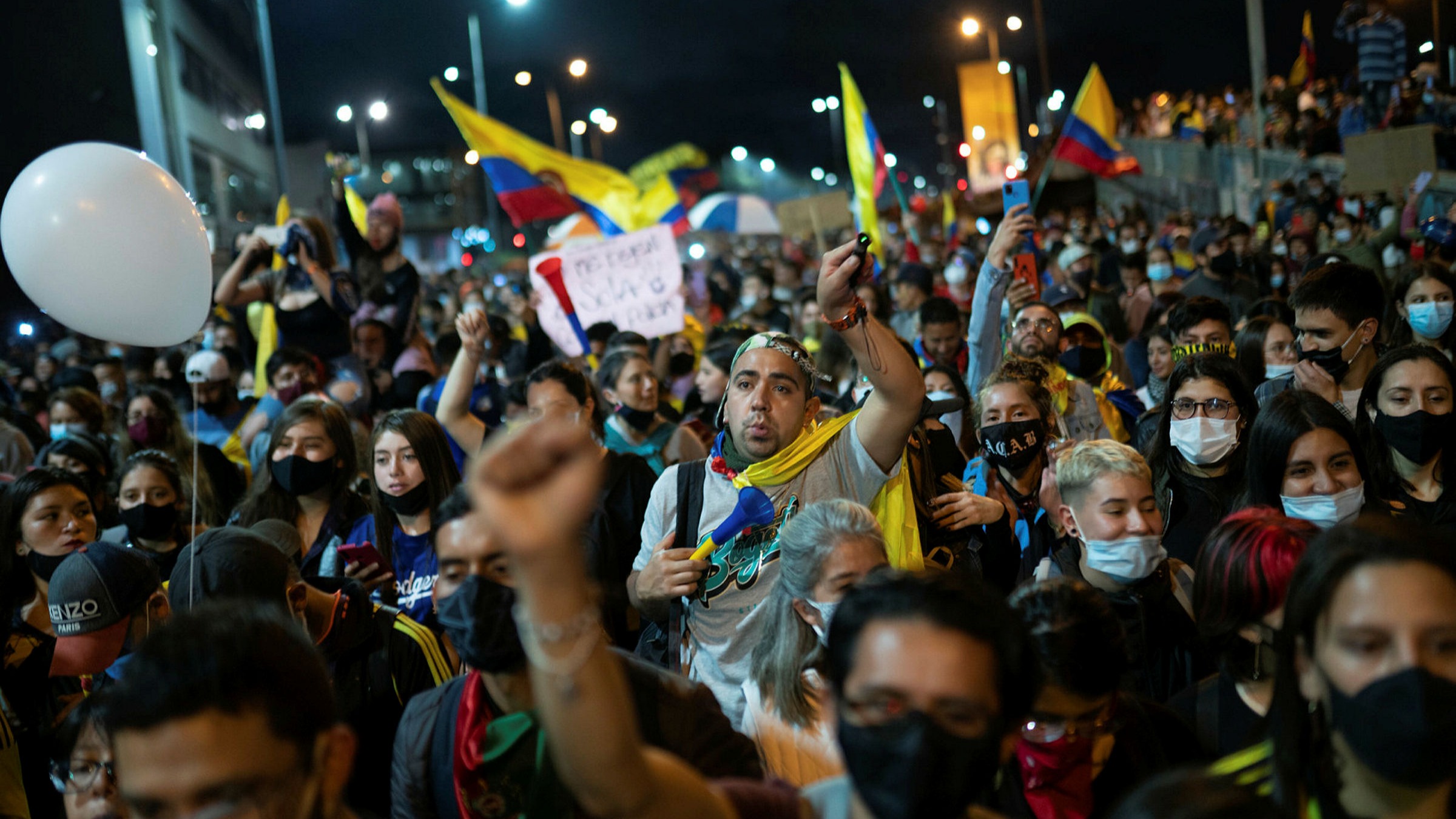 It seems that Colombia has awakened from its lethargy and from that eternal past to which we were bound. “The old has not finished dying while the new has not yet been born, and in this interregnum monsters emerge”, the brilliant phrase of the Italian Antonio Gramsci, resounds with relevance in the current national crisis of our country. The great national strike initiated on April 28 is only the most prominent symptom of a social order that is becoming unsustainable. Unfortunately, these crises do not imply per se progressive transitions, and always embody the danger of even more authoritarian exits. Everything will depend on the development of the social struggle and the alternatives built by those from above and those from below.

What is certain is that this national crisis, embodied like no other by the government of Iván Duque, is an expression of the fact that after 100 years of solitude, something is happening in Macondo. The Santanderistas have boasted for two centuries of having the people so controlled that unlike the rest of the countries of Our America there has been no revolution of any kind. They disguise this questionable honor by labeling the country as the “oldest democracy in America” or the long Colombian “civilist tradition”. Despite the abundant civil wars of the 19th century, there was no triumph of the insurrectionists except for the exceptional victory of Mosquera in 1861. The rise of social movements representing emerging classes that implied new parties and new governments throughout the continent, was handled in Colombia within the bipartisanship and in a very controlled manner. And when Gaitán, together with the immense peasant and urban majorities, implied a certain possibility of bringing the people to the Casa de Nariño, the regime’s way out was to resort to assassination, a faithful Santanderist tradition since the days of the September attack.

The National Front was not a democratic regime but a bipartisan dictatorship under a state of siege. The democratization of the 1991 Constitution was frustrated by the continuity of two monsters of the old regime: the political class and the military power, which had lost its sovereignty through its subordination to the Pentagon. The entry of narco-paramilitary sectors into national politics only implied a deepening of the anti-democratic character of the political regime and the exacerbation of repression towards protests and political opposition. The “oldest democracy in America” is burdened with the multiple political genocides of the Gaitanismo, the UP, A Luchar, the union movement, the Patriotic March and the signatories of the various peace agreements, crimes that would bring down any dictatorship.

National history seems to be a perennial formula of the gatopardo where something changes so that everything remains the same, and where that everything that remains the same includes the repression of the people and their exclusion from power. Fortunately, this national strike, a reflection of an increasingly unsustainable regime crisis, is beginning to reveal major changes that are forcing us to look for different solutions to the historically failed ones. A country with 21 million poor -with the questionable measurement of monetary poverty of the DANE-, a debt of more than half of the GDP and a fiscal gap of more than 90 billion, only proves that the economic model that the state has refused to discuss both with the social movements and in the peace processes, is a real fiasco and that any solution within neoliberalism will only imply prolonging the agony of its victims.

It is not necessary to look for Russian spies or Venezuelan or Cuban financing to understand unemployment. It is this social crisis produced in 30 years of neoliberalism that is exploding and which reveals another second and important characteristic of this strike. In the streets and highways the majorities that no political expression represents, neither the establishment nor the alternatives, are manifesting themselves. It is a movement of new and emerging leaderships, and of generational change of a youth condemned to no future, before which we have the duty to open a way and give them a voice of their own. Nothing could be more ridiculous than to try to negotiate a strike that belongs to all of us behind closed doors, or to arrogate to ourselves spokespersons that no one has assigned to us. Besides, the truth has been told, to believe that it is possible to reach a consensus with a government that is murdering a defenseless population is not to have hope, but rather naivety or bad faith.

The third novel element within this current movement, which strictly speaking is a continuity of the uprising of 2019, is that although there are concrete demands, it is also a political strike, against a government that lacks legitimacy. For the first time in three decades a structural adjustment measure is reversed, which implies a popular victory, as I hope also the triumph in the coming days that would represent the sinking of the inadequate health reform. But this new achievement of the mobilization, as well as the resignation of the ill-fated cabinet, will hardly calm a popular anger which has known victory and wants to continue. Many demands, however concrete they may be, imply major legal changes such as the reform of the military criminal justice system, changes that are unfeasible in the current parliament.

In my last column I insisted on the resignation of President Ivan Duque, because I believe that it is part of the solution, but only the first step. Although this demand is supported by important sectors of the mobilization, political leaders of the right and the left dismiss it for mere electoral calculations, without understanding that the possibility that in Colombia we can reach the level of “destitutive strikes” as happened at the beginning of the century in Bolivia or Ecuador, a qualitative leap for the possibilities of social change.

A fourth aspect that manifests itself in this crisis is the fall of the mask of the authoritarian and fascist project existing in the government. Armed civilians shooting, chulavitas of the XXI century, racism and classism in fury, McCarthyist discourse of the cold war, censorship of the media and social networks, and the violent deployment of the counterinsurgency apparatus of the State treating the civilian population as internal enemies. To an anodyne virtualized congress and control bodies in the pocket of the executive, we can now add -with the worthy exceptions of 2 magistrates- the closing of ranks of the high courts with the massacre and the de facto self-coup d’état that has been consummated since the election of Duque. Why the commotion of interest with an omnipotent de facto president? While Duque remains unresigned, the genocide will continue either by direct order to shoot, or by the permissiveness of the action of paramilitarism of old and new creation.

Metastasis of neoliberalism, generalized rebellion with the youth at the head, crisis of the political representation from all sectors, vindication of political change beyond any demands and the audacity of a sector of the establishment for the fascist way out, configure a novel scenario of the political moment, which means that this strike against the Duque government is non-negotiable. Although in a still very timid way, discontent is emerging in the base of the public force, of clearly popular extraction, and in sectors of the new US government, which, if consolidated, could aggravate the Colombian crisis. If these two real factors of power in Colombia do not make up their minds, perhaps Duque will finish his term and we will revert to the eternal return of the gatopardo. But obviously, the definition of these sectors is not a matter of caprice but of the power of the people in the streets.

Beyond the specific situation of the strike, the national crisis of which it is an expression, has only one way out in the medium or long term: a new government and a new constituent process. This popular sentiment does not fit in the old Colombia, and any route that does not include the change of government and constitutional change takes us back to the past that generated the current crisis.