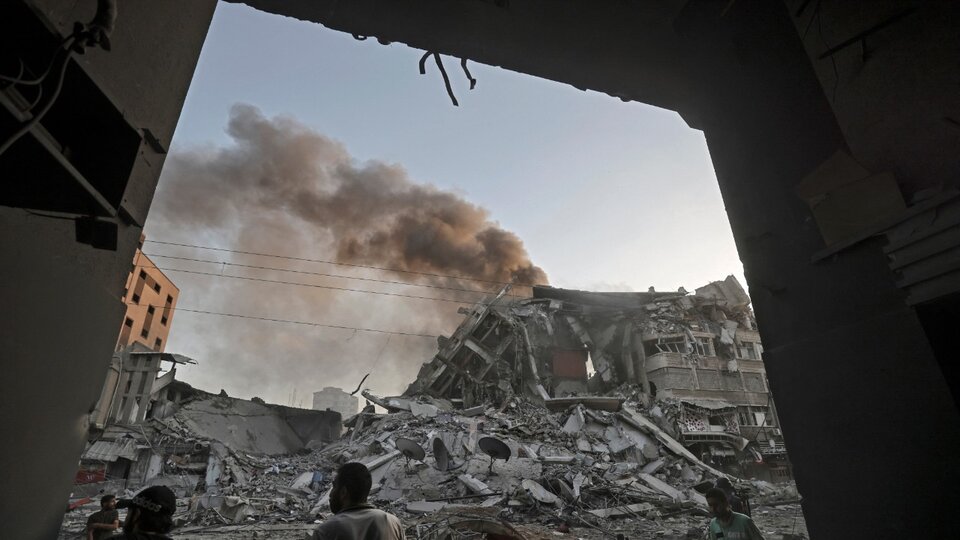 As we witness a new escalation of violence in the Middle East, it is impossible not to keep in mind that next Saturday is the 73rd anniversary of the creation of the State of Israel and the Palestinian Nakba or “catastrophe”. This event, celebrated by some and lamented by others to this day, is the seed of the state of affairs in the region and therefore the necessary starting point for understanding the current situation.

Even a few years before that May 15, 1948, immigration to Palestine was promoted with the intention of establishing a Jewish-majority state there. In order to legitimize such a colonial project, from the very beginning, efforts were made to “indigenize” the first immigrants, marginalizing the historical native population. Using geography to reinforce ethno-nationalism, the new generations were taught to see themselves as the rightful owners of the land, its resources and settlers, as well as to increase Jewish domination and expansion.

To realize this plan, the expulsion of the native population was central from the beginning, and years before the first Arab-Jewish war broke out, 300,000 natives were banished with the complicity of the then British colonial power. After the war, 450,000 more were expelled to neighboring countries where they still live as refugees, others were internally displaced and a few managed to stay in the now State of Israel, becoming a minority that is always mistrusted and marginalized. Known as the Palestinians of the 48, they make up 20 percent of the Israeli population and live in “mixed” cities such as Haifa, Nazareth or Jaffa. The rest of the Palestinian population remained on the other side of the so-called green line, under the administration of Jordan and Egypt, which ruled the West Bank-East Jerusalem and Gaza respectively. In June 1967, after the Israeli triumph in the Six-Day War, this State militarily occupied the three territories mentioned above, extending its colonial project based on expulsions, arbitrary arrests, massacres and the installation of illegal colonies: colonization never stopped.

Israel sought not only to sustain its military supremacy in the region but also, like any colonial project, to present itself as a superior and more civilized population. The identification of the Palestinians as a primitive and violent rabble in contrast to the sophisticated, cultured and European Israeli society supports this feeling of superiority, while reinforcing the unequivocal link with its European origin and American endorsement. After all, it is these states that finance Israeli military policy. Hence the immanence of the security discourse, which in turn enables the practices of oppression, discrimination and murder by transforming them into practices of defense and revenge.

In December 1987, the eyes of the world were for the first time focused on the Palestinian reality and the unequal correlation of forces. Given the international sympathy aroused by the children throwing stones at the tanks, the replacement of the grassroots social movement by a servile leadership was a necessary step towards the depoliticization of the Palestinian population and the continuation of the occupation. Thus, the Intifada, a popular and transversal uprising against the occupation, after a few years resulted in the Oslo Accords between the Palestine Liberation Organization and the State of Israel. Since then, the new Palestinian Authority has been in charge of administering the Israeli occupation on the other side of the “green line”, suffocating the new generations and maintaining the status quo.

In this context, the expulsion of the inhabitants of Sheikh Jarrah is only a microcosm of a state of affairs installed just over 70 years ago, the ongoing Nakba that continues to fragment, disperse and oppress the Palestinian population to erase all traces of their identity through expulsions, forced displacements, massacres and the imposition of an apartheid system. All these efforts have come at a very high cost to both the colonizers and the colonized and have only reinforced the intrinsic inequality that divides the oppressors from the oppressed.

Carolina Bracco : Political scientist and PhD in Arab and Hebrew Cultures. Professor at the Faculty of Philosophy and Letters of the University of Buenos Aires.