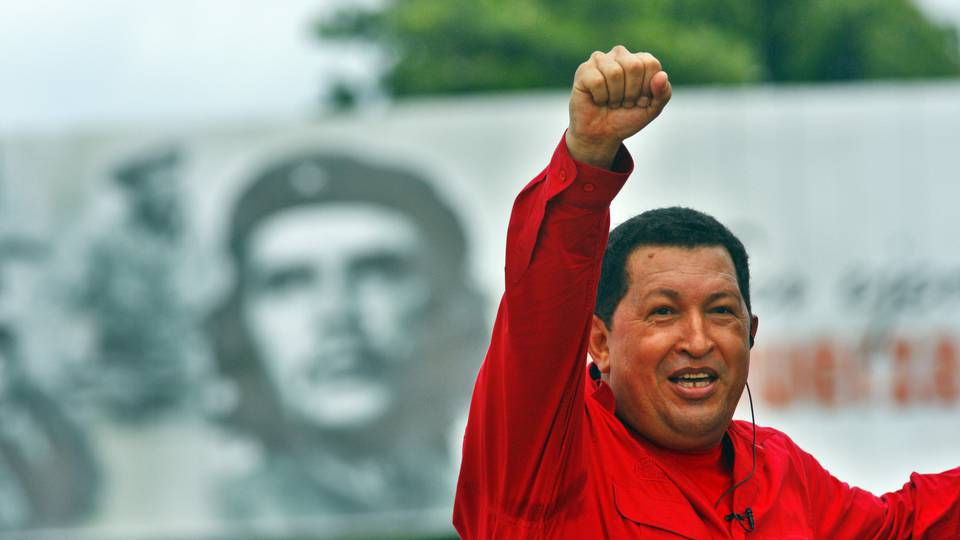 Pollsters, who are prone to making politically and financially motivated generalizations, tend to conclude that the majority of Venezuela – about two thirds – does not currently identify with either Chavismo or anti-Chavismo.

Polling firms have indulged in constructing an image of a mostly “independent” population reluctant to identify with either political camp since [Hugo] Chávez, when most of the country (in particular the popular classes) was indisputably inclined towards Chavismo. This is an important fact to bear in mind.

In theory, the construction of an image of a mostly “independent” population which seems to more or less firmly reject “polarization” authorized pollsters — as supposedly the only source of knowledge, discipline, or “science” capable to do so — to attempt to unravel their “secrets”.

Pollsters have been very important in constructing a rejection of the “polarization” discourse, bringing them close to anti-Chavismo, which made this anti-polarization rhetoric its own early on when it was interpreted as a perverse consequence of the Chavista way of doing politics.

Polarization was associated with Chávez’s rhetorical “loftiness,” his “anti-democratic whims,” his “stimulation of class hatred” and, later, his political and above all economic excesses. Some of these so-called excesses include the social missions, socialism, communal councils, communes, constitutional reform or amendment, the recovery of PDVSA [state controlled oil company], currency controls, popular distribution of the national income, nationalizations, land recovery, expropriations, or price controls.

Today, there is little merit in concluding that the majority of the country does not identify with either major political force. It’s something that is obvious. The key question is how we got to this point. It is imperative that a convincing, rigorous, and informed explanation founded on facts and data is offered.This means seriously questioning some topics installed in common sense.

To give an example, one of these topics is the idea that the majority rejects “polarization.” This idea acquired the range of incontrovertible truth, to the point that questioning it is considered almost an anathema. However, it seems that what the popular majority rejects is the parody of polarization.

People do not reject polarization itself, which is very different from the anti-Chavista interpretation of the term and refers to the conflict between two major historical projects resulting in the unprecedented politicization of the popular classes. However, polarization today does not differentiate two clearly distinguishable projects, but two dwindling political forces.

The starting point for explaining why so many people feel poorly identified with any political force is not the “polarization” that the pollsters speak of, but this parody of polarization.

Adopting the pollster’s conclusion carries enormous risks for Venezuela’s democracy. Implicitly, what is offered to us as a truth is that the majority yearns for a “depolarized” society. This, at best, would mean the existence of an opposition willing to accept democratic rules and capable of assimilating that its stubborn commitment to violence meant not only its own ruin, but has caused enormous harm to the population. It would also mean that the opposition understands that enthusiastically supporting the economic blockade against the nation is, to put it mildly, an absolute waste that is categorically rejected in all polls. So far everything looks fine.

However, a “depolarized” society would also mean the existence of a ruling Chavista force willing to understand that the excesses of the past, particularly the economic ones, can no longer be allowed. This would have to be at least while we are going through a virtually unprecedented historic economic crisis caused, to a large extent, by such excesses. And this is where the matter gets complicated.

One wonders: what are the effects of this discourse in terms of power? Is its recipient the “depolarized” majority or the political class? One could be inclined to suspect that this somewhat idyllic image of a “depolarized” majority that yearns for peace, tranquility, and understanding is primarily aimed at the Chavista political class. This class is, essentially, the one that decides what will be done with political power.

Nonetheless, if there was an in-depth attempt to understand what people think and feel, pollsters might be “surprised” to discover that the bulk of the supposedly “depolarized” popular majority is actually made up of disaffiliated Chavistas. This would force us to face a phenomenon that is certainly difficult to assimilate since it could expose the real or perceived lack of commitment of the Chavista leadership towards the people.

This difficulty in dealing with the phenomenon of political disaffiliation — and therefore one’s failures — is what ultimately makes the unimaginable happen. An important part of the Chavista political class prefers to take refuge in the “depolarization” rhetoric, according to which not only should excesses be avoided but an economic adjustment plan considered “inevitable” implemented.

Once the “depolarization” discourse is installed in the common sense not only of the political class but also of the population, it is of course normal that the official or informal voice of both Chavismo and the opposition coincide in the radical questioning of policies such as price controls or expropriations. They also both take any criticism of current adjustment policies as an untimely and irresponsible defense akin to “infantile leftism” (granted, these Chávez-era policies belonged to a different historical moment).

However, the question remains pertinent: was all the effort to radically democratize Venezuela’s economic structure nothing more than an excess by Chávez? The very fact of having to ask this question goes a long way to explaining why there are so many disaffiliated people today.