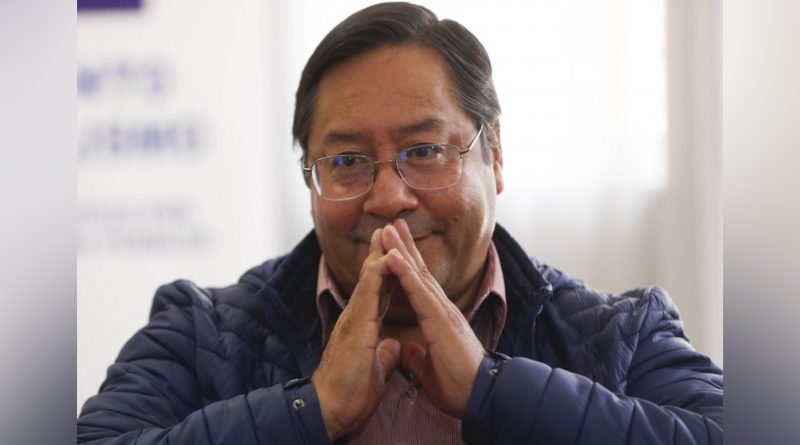 Two lawmakers of Bolivia’s right-wing opposition are filing a lawsuit against President Luis Arce for ‘racism and discrimination’ due to a comment made by Arce at a campaign rally regarding the manner in which vaccines were being distributed and prioritized.

“This complaint is filed against Luis Alberto Arce Catacora for the crimes of racism, discrimination and breach of duties,” reads the filing made by Adrian Gandarillas and Luciana Campero, of the liberal Comunidad Ciudadana party, led by Carlos Mesa.

The comment was made at a MAS rally in the city of Tarija on April 8th, in which President Arce said, “There is a lot to coordinate, on economic matters, on health matters. We’ve just sent vaccines, for the people and for medical staff, not for rich families nor the oligarchy of Tarija! We’ll continue supporting the people of Tarija to resolve problems in healthcare.”

Bolivia has just received 200,000 doses of Russia's Sputnik-V. President Putin has promised to send 5.4 million by June of this year. pic.twitter.com/iuCe9jRxat

Healthcare workers and vulnerable groups continue to be prioritized at this early stage of the vaccine rollout, however, the two oppositionists say they consider the comments a form of ‘racism and discrimination’ against rich families and the oligarchy of Tarija.

From the time President Arce took office, his administration moved quickly to secure vaccines for the entire Bolivian population, to be provided free of charge, in line with the administration’s conviction that health is a right.

The Bolivian government has also taken to the United Nations to call for equitable access to safe vaccines, medicines and diagnostic tests, expressing concern about the unequal distribution of vaccines against Covid-19, affecting developing countries. Participating in a session of the UN Economic and Social Council on April 16, Foreign Minister Rogelio Mayta called for the vaccines patents to be released “exceptionally and in an expeditious manner, so that all pharmaceutical companies capable of producing them can do so.”

While the right-wing has tried to individualize matters of health and privatize health services, the government is looking to expand and improve public health services.