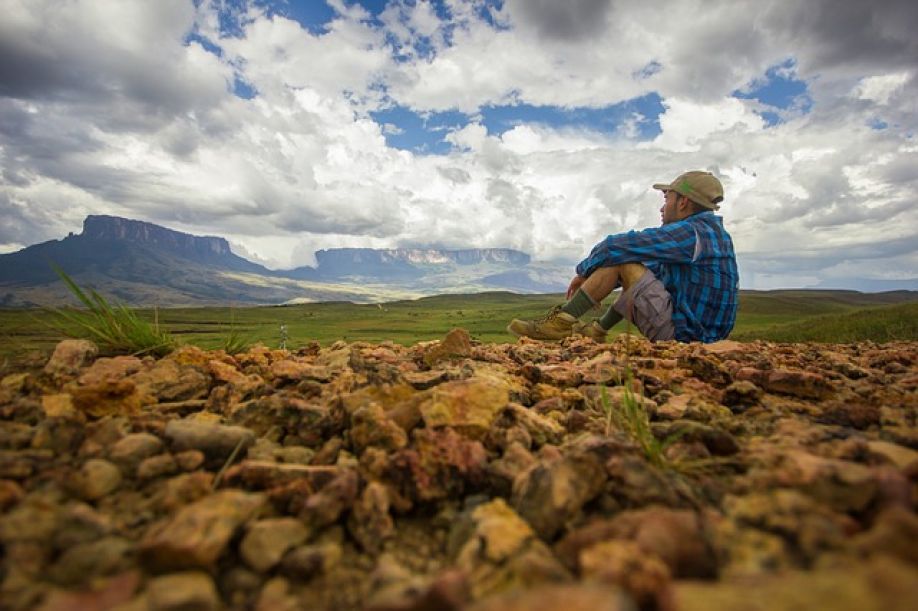 Venezuela shares with Colombia not only 2,219 km of borders, but also a history that unites them. A union that emerged solidly under the command of the Liberator Simón Bolívar, against a common enemy such as the Spanish Empire, and that was consolidated for more than a decade when both nations were part of the Gran Colombia. With the fracture of this Bolivarian dream, the inevitable coexistence that is lived day by day between its borders subsists. The constant passage of Venezuelan men and women to Colombia, as well as Colombian men and women to Venezuela, reminds us that in spite of the hatred that this time North American imperialism wants to sow by force , both peoples continue to be brothers and sisters.

Facts about the beginning of the current conflict

The Bolivarian National Armed Forces of Venezuela (FANB), within the framework of Operation Bolivarian Shield 2021, on March 21, carried out a military operation to patrol and dismantle Irregular Armed Colombian Terrorist Groups (Grialcot) near the town of La Victoria, Apure State, who were inside Venezuelan territory, specifically in the La Coromoto sector, Rafael Urdaneta parish, in the José Antonio Páez municipality of Apure State.

In that operation they managed to capture 32 individuals, destroy nine illegal camps, including one that processed coca paste, which is used to produce cocaine; as well as seize weapons, ammunition, explosives, war equipment, vehicles and drugs. Unfortunately, several Venezuelan military personnel were wounded in the military action and two of them lost their lives.

It should be noted that the operation carried out by the FANB is in strict compliance with the tasks assigned to it by the Venezuelan Constitution, that is, to act against any type of threat, internal or external, to guarantee the peace and well-being of the people. The reason for the operations is to destroy the Grialcot camps, directly linked to drug trafficking and armed violence, which are trying to position themselves territorially in Venezuela, taking advantage of the Colombian-Venezuelan border, in the apparent absence of the Colombian authorities.

As of April 2021, the Bolivarian authorities have received numerous attacks from these Grialcot, for which the Ministry of Defense has reported a total of eight Venezuelan soldiers killed, 34 officers wounded and nine irregulars killed. Operations are carried out far from urban areas and with full respect for human rights.

Abandonment of the border

Since the end of the 1990s, Colombian authorities began a process of abandoning the border between Colombia and Venezuela. By the early 2000s, under the presidency of Andrés Pastrana, Bogotá paradoxically became a threat to all of South America as the largest drug producer in the region, with numerous cartels, clans and drug trafficking structures that use various routes worldwide for the illicit drug trade, the consolidation of paramilitary groups that protect these cartels, State corruption and its alliance with the United States to promote military intervention directly or indirectly in Venezuela, Ecuador and Nicaragua. That is to say, the attempts of a U.S. military invasion of Venezuela, promoted by Colombia, are not new and have been planned by the colombians since the government of the late Venezuelan President Hugo Chavez Frias.

Taking up again the border issue, recently, the Venezuelan Minister of Defense, Vladimir Padrino López, pointed out that the Duque administration has deliberately abandoned the surveillance and patrolling of the binational zone, and it is even known that the Colombian government provides logistical support to these Grialcot cells, authentic terrorist groups that attack with explosives and weapons of different calibers.

In this context, two soldiers of the FANB carrying out military operations in the state of Apure, were killed by a landmine, which have been placed by the Grialcot along the border. By virtue of this, Venezuelan Foreign Minister Jorge Arreaza sent a request to the United Nations, prior announcement by President Nicolás Maduro in order to certify the protocols and that all the conditions are fulfilled for Venezuela to be declared again as a territory free of anti-personnel mines. According to a statement made by the Venezuelan Minister of Defense, the Bolivarian National Armed Forces have the experts and equipment to deactivate mines and clear all this area of conflict. The request made to the UN would be part of a protocol that must be complied with in order to demonstrate the actions of the FANB.

They are not insurgent revolutionary groups

As previously stated, the groups on the Colombian-Venezuelan border are not insurgent revolutionary organizations, but belong to the Grialcot. Although it is possible that some members are dissidents of the Revolutionary Armed Forces of Colombia (FARC), which rejected the 2016 Peace Agreement with the Colombian government. With that agreement, some 13,000 FARC members were demobilized and the group became a legal political party. However, the Colombian government has not yet demilitarized other armed groups that are still active and act as criminal gangs led by paramilitaries who are responsible for killing activists and leaders who resist their blackmail.

There are numerous photographs circulating through social networks showing insignias of the now defunct FARC, although the Venezuelan Minister of Defense General Padrino López has clarified that those they are fighting are criminal groups linked to drug trafficking and different illicit activities such as illegal gold mining, human trafficking, among others. This is an attempt to create a fracture in the civil-military union that exists between the Armed Forces and the Venezuelan people; a solid union that is resistant to any false news.

A model it is trying to repeat against Venezuela

There is no doubt that the United States, through Colombia, its open ally, is trying to mount a large scale intervention, as well as to achieve the entry of a good amount of money to the colombians. On the one hand, they build the matrix of the violation of Human Rights by the FANB, which is totally false. For this purpose, the NGOs supported by Washington act, invading the public opinion, especially international, with false news about denunciations of human rights violations against civilians, when, on the contrary, the FANB has provided them with help and protection.

In addition to the above, a curious communiqué is circulating in the social networks, supposedly signed by Venezuelan and Colombian individuals requesting “a special envoy of the United Nations” and “an international surveillance and monitoring mechanism”, in a demonstration of the search to violate Venezuelan sovereignty and propitiate intervention with humanitarian motives in this South American country. Likewise, the major media chains speak of thousands of displaced civilians, whose numbers do not match the real number of inhabitants of the towns located near the sites where the operations are being carried out. In fact, the Colombian press speaks of some five thousand people displaced from La Victoria (Venezuela) to Arauquita (Colombia), when the total population of the former, according to the last census, is 3,574 habitants.

What we observe in this plan against Venezuela is the attempt to apply a model of intervention similar to the one used in Syria. That is to say, the first step would be to permeate the national territory with the Grialcot, seizing the territorial space of the State of Apure for their logistical operations and thus balkanize Venezuela. The second step would be to cause the destabilization of the border with these armed groups, unleashing a conflict that would be visible at the media level, that could be disseminated internationally as a civil war, or an uprising against the government of Nicolás Maduro. A third step would be to expand the destabilization to the whole country by moving from the west to the center of Venezuela and thus proceed to the US military intervention from the Colombian-Venezuelan borders, in order to appease the supposedly constructed confrontation. This is a strategy planned well in advance, by the North American think tanks, which, as well announced by the disastrous former President Donald Trump, was on the table of options; evidently Biden receive this inheritance that he is determined to carry out according to his warlike instincts.

But conditions in South America at this time are unfavorable for the bloc that had been formed against the Chavista Revolution. The pandemic and the deficient management of the governments of Brazil, Colombia, Ecuador, Peru, place them in a position of economic and health crisis in their respective countries. Neither are Jeanine Áñez in Bolivia and Mauricio Macri in Argentina in a position of authority and power at the service of US imperialism. Practically, the disastrous Lima Group is totally dismembered, as is the lie of an alleged Venezuelan parallel government headed by Juan Guaidó, who has been unmasked, including by the Venezuelan opposition supporters themselves, as a vile thief who has seized the nation’s economic and financial resources abroad

Actions by the Bolivarian Government

In the face of this new escalation of US imperialism behind the façade of Colombia, the actions of the Bolivarian Government and the FANB have been forceful. An integral defense zone has been installed in the Venezuelan municipalities of Paez, Muñoz and Romulo Gallegos, located in the area of the Colombian-Venezuelan border, with the objective of guaranteeing internal order, peace and human rights. This implies that a series of measures are being applied in that zone, such as restriction of land, air and river traffic, special public security operations, inspections to buldings, houses and real estate, as well as the action of the National Armed Forces in possible evictions of public spaces according to the requirements of the delicate situation being experienced in those municipalities. The message from the Venezuelan government is clear, they will not allow the balkanization of Venezuela, they will definitively evict the irregular groups from their territory and consequently will continue to maintain peace in the country, which means tranquility for the whole region.