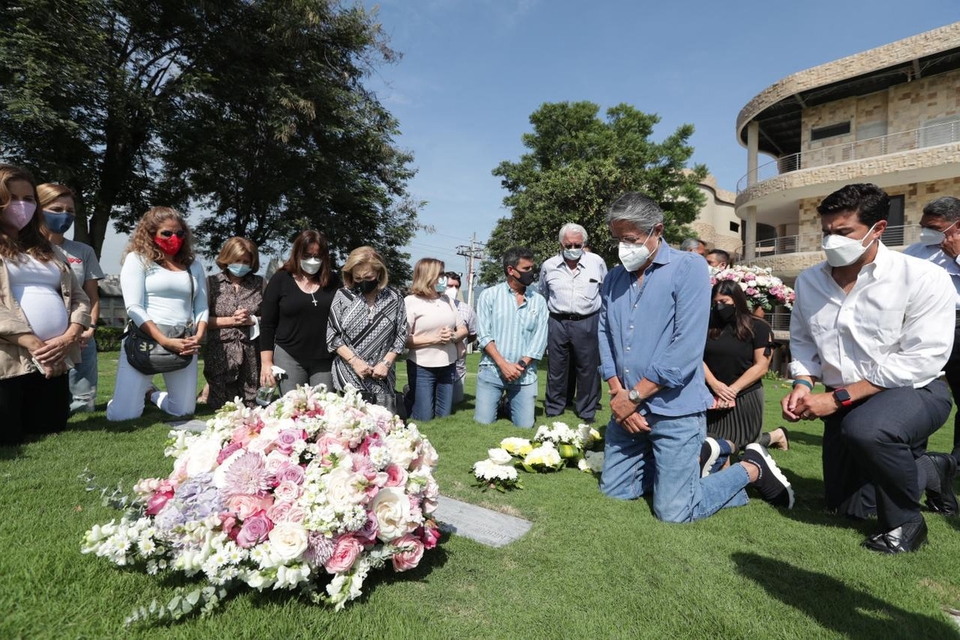 On the side of the winner, the communication strategy of the right wing -which included a dirty campaign and media support- was successful; on the side of progressivism, the organizational structure was lacking and the construction of the figure of Arauz in relation to Correa was complex.

Ecuador woke up with the news that Guillermo Lasso will be the new president. None of the crisis scenarios or disputes about the results happened: the candidate of the right wing won with 52.48%, 4,599,003 votes, 435,366 votes more than Andres Arauz (47.60%). The latter accepted the defeat, called Lasso, as did several Latin American and world presidents who congratulated the next Ecuadorian president.

Through his social networks, the future president thanked those who wrote to him, such as Arauz himself and the candidate for vice president, Carlos Rabascall, in the construction of one of his main campaign ideas: the Ecuador of the encounter where everyone wins. “We must be united and respect our differences to move Ecuador forward, this is a work of all, which starts from today” he wrote on his Twitter. During the day he was in Guayaquil, where he went to visit the grave of his parents.

Meanwhile, on Monday, Andres Arauz called for “peace and reconciliation based on absolute respect for human rights, political persecution must end, we must treat each other as opponents and not as enemies”.

Sunday’s result contradicted what most pollsters indicated, something that is not atypical in electoral processes. The candidate of the Citizen Revolution had favorable numbers after his victory in the first round, with almost 13 points of difference over Lasso, a distance that, according to the polls, was reduced as the weeks of the campaign for the second round advanced. The curves showed a rise for Lasso, a high percentage of null and blank votes, and the slow growth of Arauz staying in first place. What few anticipated was the final result.

There are several reasons that may explain why Lasso won, having been defeated in 2017 by Lenín Moreno and in 2013 by Rafael Correa, reasons that have to do with the strategies of each campaign, the characteristics of the political forces confronted, as well as the scenario in which the contest took place. Each independent part, in turn, is related to the other.

In the first place, Arauz’s candidacy itself was a product of the situation faced by Correaism: political persecution with the main leadership exiled in Belgium. The political movement led by Correa came to the race after facing several years of legal cases in a deep process of lawfare, with leaders out of the country, others under threat of sentences, in jail, or retired from political activity as a result of the political, judicial and media unloading against the citizen revolution.

Secondly, correismo faced a campaign with scarce organizational structures. The absence of a political party -not only electoral- in the citizen revolution, as well as of social, territorial, workers, feminist or indigenous movements is perhaps one of its central characteristics, particularly when considered in perspective with other progressive processes in the continent. This situation can be understood in terms of political considerations, as well as Moreno’s betrayal and its internal impact.

Thirdly, the campaign itself presented difficulties, in a persecuted movement, with little political structure, and the complexity in the construction of the figure of Arauz, particularly in the relationship -in terms of campaigning- with Correa. How could the strong vote of the Citizen Revolution be achieved and at the same time be extended to the majority? That was one of the main questions, in a political scenario marked by the correismo/anti-correismo cleavage and the difficulty to transfer it to another cleavage, such as neoliberalism/anti-neoliberalism, or banking/country.

The correismo/anti-correismo cleavage was one of the points around which Lasso was able to expand his electoral flow until he reached the majority. The anti-correismo, present in society as a result of several reasons -among them the systematic campaign of corruption accusations- allowed Lasso to attract votes from those who would not vote for the citizen revolution. It was also a determining element to understand the positioning of political forces, particularly Yaku Perez and Xavier Hervas, third and fourth respectively in the first round.

Arauz called for the formation of a progressive, plurinational and social-democratic bloc, i.e. the Citizen Revolution, the Confederation of Indigenous Nationalities of Ecuador (Conaie), and the Democratic Left. However, the divide in anti-correismo reduced this possibility, and both Perez/Conaie and Hervas chose not to position themselves directly for either candidate. In the case of the indigenous movement, with internal disputes regarding alliances, the decision was to call for the “ideological null vote”, which influenced the 1,739,870 null voters out of the total of 10,675,362 voters. The last minute support of Vargas, president of Conaie, for Arauz did not seem to have changed this situation.

Lasso also counted on two central elements for his campaign: the support of the main media of the country, and a communication strategy that got his message across, with significant financing, and the deployment of dirty campaign strategies. He thus constructed a discourse and aesthetics, a fiction of his history and political-economic proposal for the country that will be progressively uncovered as his government advances.

The horizon that opens with his victory is that of neoliberal deepening, particularly the dominance of financial capital, of which he is a part. The dynamics of resistance to this agenda will be marked, in part, by how Conaie positions itself according to its internal disputes -it will have an election of authorities in May-, as well as how correism thinks and projects its strategy for this new stage.

The Latin American map will continue, for the time being, with the same chessboard of forces. Lasso’s victory indicates that the continent is in a context of disputes between projects without clear hegemonies. The next presidential elections, in Peru, Chile and Brazil, will yield more conclusions to consider the present time, complex, with reversals, determining national particularities, uncertain.