The following excerpt is from a previous article by the author, outlining the only genuine plan to end the pandemic; Covid eradication. A.V.

Scientists have seen far greater success at ending the pandemic in China, Hong Kong, Taiwan, South Korea, Vietnam, New Zealand, and Australia. Certainly, some island nations have a geographic advantage in being able to bar all air travel to help eliminate the virus. But large nations like China, South Korea, and Vietnam have proven that one need not be a small island in order to successfully tackle the disease. These nations have the benefit of experience with earlier deadly diseases, and early on they adopted an “elimination strategy” rather than mitigation.

There are scientists in the United States calling for such measures as well. Yaneer Bar-Yam is the founding president of the New England Complex Systems Institute, where he is an expert on pandemics and other complex systems and works with initiatives like CovidZero and the COVID Action Group. In an interview, he explained to me that “there is no point in time where it’s not worthwhile to get rid of this within a period of five to six weeks.”

Yes, it is true that were the United States to take an elimination approach to COVID-19, we would be done with this pandemic in a short period of time, and like many Eastern nations, we could have been done with it months ago had we had leadership with foresight.

What Bar-Yam is proposing is that the United States adopt the same strategy that nations like China and Vietnam took. He explained, “if we start now, taking really strong action, much of the country would actually be cleared of the disease in about four weeks, and a lot of it, if not all of it, would be cleared by six weeks.” At that point, “we could start getting back to normal within a few more weeks, just being careful how we reopen,” he said.

By “strong action,” Bar-Yam means a complete halt to all travel and a strict social distancing for a short four to six weeks. While this sounds horrifying to a population already weary of 10 long months of restrictions, it is a sensible way to squash the disease. Anyone who is infected with the disease at the beginning of the strict shutdown would not be infected at the end of the shutdown. Even accounting for the time that it takes for an infection to spread within one’s household, by four to six weeks, intra-household transmission would be over with, and none would remain infectious. Meanwhile, inter-household transmission would have been stopped via the strict measures.

Coming out of the harsh shutdown, we would emerge into a world largely free of the disease. Only at that point would a strategy of masking, testing, and contact tracing of the type that Biden is offering actually be effective at stopping small outbreaks. We would still need mass vaccinations, but the shots would be more likely to work if we stop the virus from spreading and thereby mutating.

In order to adopt the necessary elimination strategy, the United States faces two hopelessly insurmountable challenges: the intransigence of a population that has been fed misinformation and believes the virus is a hoax, and the refusal of politicians to pay Americans to remain at home rather than having to choose between employment and infection.

If returning to normalcy is what most Americans want, and resumption of economic activity is what politicians and businesses want, the fastest, most efficient way to get there is to spend the four to six weeks eliminating the disease rather than months and perhaps years hopelessly trying to mitigate it, and ultimately failing. 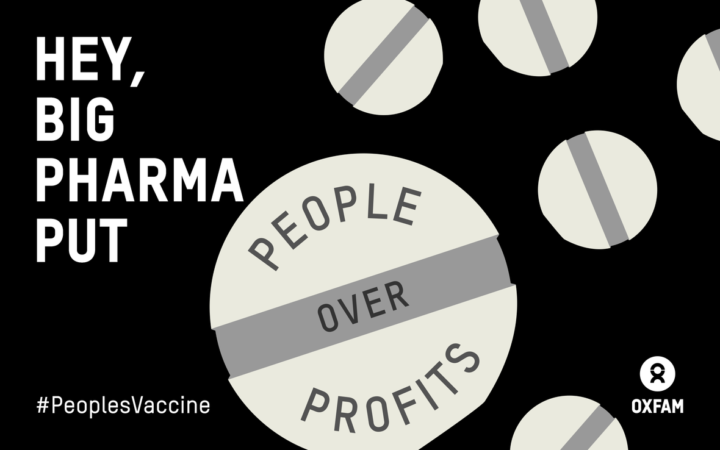 At a recent virtual gathering of parents and faculty at my children’s school, one parent who is a teacher and therefore eligible to receive a COVID-19 vaccine mentioned that she got her first Pfizer shot at a local pharmacy, and when she asked about a leftover dose that could be given to her husband rather than thrown away, her husband got lucky. The rest of us parents eagerly took down the drug store’s information and called about leftover doses after the meeting. Better for the vaccines to be dispensed than thrown into the trash, was our logic. But the pharmacist, perhaps tired of being hounded about extra doses, informed us they would no longer give them out to those who weren’t currently eligible.

In the private Los Angeles Vaccine Hunter Facebook group in which I lurked for a few days, both as a bona fide member and as a journalist, I observed Southern Californians sharing tips about how to obtain leftover doses at Kedren Community Health Center in South Los Angeles, a private clinic serving a vulnerable community. Vaccine hunters reminded one another to be polite and considerate to the community they obviously did not hail from, and some even said they made a donation after getting their shots. Obtaining leftover doses requires standing in a separate line, sometimes for hours, with no guarantee of getting a vaccine. Many fear being judged.

There is shame and blame all around. There are accusations that those who are privileged are cutting ahead of others. There is disappointment and unfairness. In January, journalists like me were included in an early “tier” of eligibility in California, classified as essential workers under “Communications and IT.” As a daily television and radio show host, I am required to come into contact with at least one staff member daily. News reporting cannot stop. And yet by February, the eligibility had disappeared as Los Angeles County reconfigured its eligibility tiers.

In the meantime, my husband, a work-from-home scientist, is classified as an “educator” because he is employed by a university. Although in-person classes will not resume until the fall on many campuses, he and others like him are eligible to get the vaccine now simply because county authorities decided so. As one vaccine hunter asked on Facebook, why are we “letting the government dictate who gets to live or die, and labeling who is essential and who is not essential to society”?

And yet, even for those who are eligible, finding a vaccine has turned into a blood sport. The conservative Wall Street Journal recommends that elderly Americans who may not be tech-savvy should simply “Recruit a College Kid with Tech Skills and Patience,” to navigate the “bewildering field of online portals and limited supplies.”

So far in California, most of those who need vaccines the most have not received them. According to the Associated Press, “African Americans have received 3% of vaccine doses while they make up 6% of the state. Latinos, who make up 39% of the state, have received 17% of doses.” Meanwhile, Republican-led states like Texas and Mississippi are ending all quarantine and safety requirements, well before vaccination rates are at safe levels.

Given the extreme difficulty in obtaining a vaccine, authoritative exhortations by officials “to get a shot if it’s offered to you” and to set aside any guilt about who deserves it and who is cutting in line ignore the real problem: we live in a nation where health care is considered an individual privilege by way of employment, not a right. Health care in the United States is considered an industry where profits are a critical priority over the delivery of care.

At the heart of the desperate stampede to obtain vaccines is one simple dilemma: there aren’t enough vaccines against COVID-19 being produced. Variants of the virus are developing faster than nations are able to inoculate their populations, and plummeting infection rates in the U.S. have now leveled off.

Part of the problem is that former President Donald Trump, who quietly got vaccinated recently and wants all the credit for vaccine development, last year turned down the chance to purchase additional Pfizer vaccines beyond the first 100 million doses. After President Joe Biden threatened to invoke the Defense Production Act to force Pfizer and Moderna to produce more vaccines, the companies agreed to sell more doses faster than had been agreed upon.

Also showcasing that governments can indeed force private companies to do what is needed, Biden more recently brokered a deal with the pharmaceutical company Merck to produce extra doses of a new vaccine developed by Johnson & Johnson. Merck is being paid handsomely with $268.8 million of taxpayer funds. Biden has also invoked the Defense Production Act to help the company obtain the supplies it needs. Had Trump last year used the might of the U.S. government against these private companies, we might not be fighting to sign up for vaccines today.

Pharmaceutical companies whose vaccines were funded by massive public investments still refuse to share their intellectual property with the world. The Open COVID Pledge, created by a group of academics and scientists to make virus-related technology freely available, has urged corporations to prioritize public health over profit. But notably absent from the pledge’s list of signatories are Pfizer, BioNTech, Moderna, Johnson & Johnson, or Merck.

The United States and other nations where these pharmaceutical companies are based could force them to share the life-saving information, especially because doing so keeps all of us safe. Unless nations stop all international travel across borders, hoarding vaccine technology from the rest of the world will not help anyone. The old adage of “no one is safe until everyone is safe” applies especially well to the pandemic.

Journalists with the Associated Press say they found three factories on three continents that could begin manufacturing “hundreds of millions of COVID-19 vaccines on short notice if only they had the blueprints and technical know-how.” Except that such “knowledge belongs to the large pharmaceutical companies who have produced the first three vaccines.”

Instead of blaming and shaming one another over the frustrating lack of vaccine availability and the individual race to obtain it, Americans ought to turn their gaze to the companies that are manufacturing the products. Pfizer and Moderna have earned near-mythical status for the life-saving vaccines, but it behooves us to remember that these private entities were paid handsomely to do their job and cannot be allowed to hold humanity hostage over their profits.