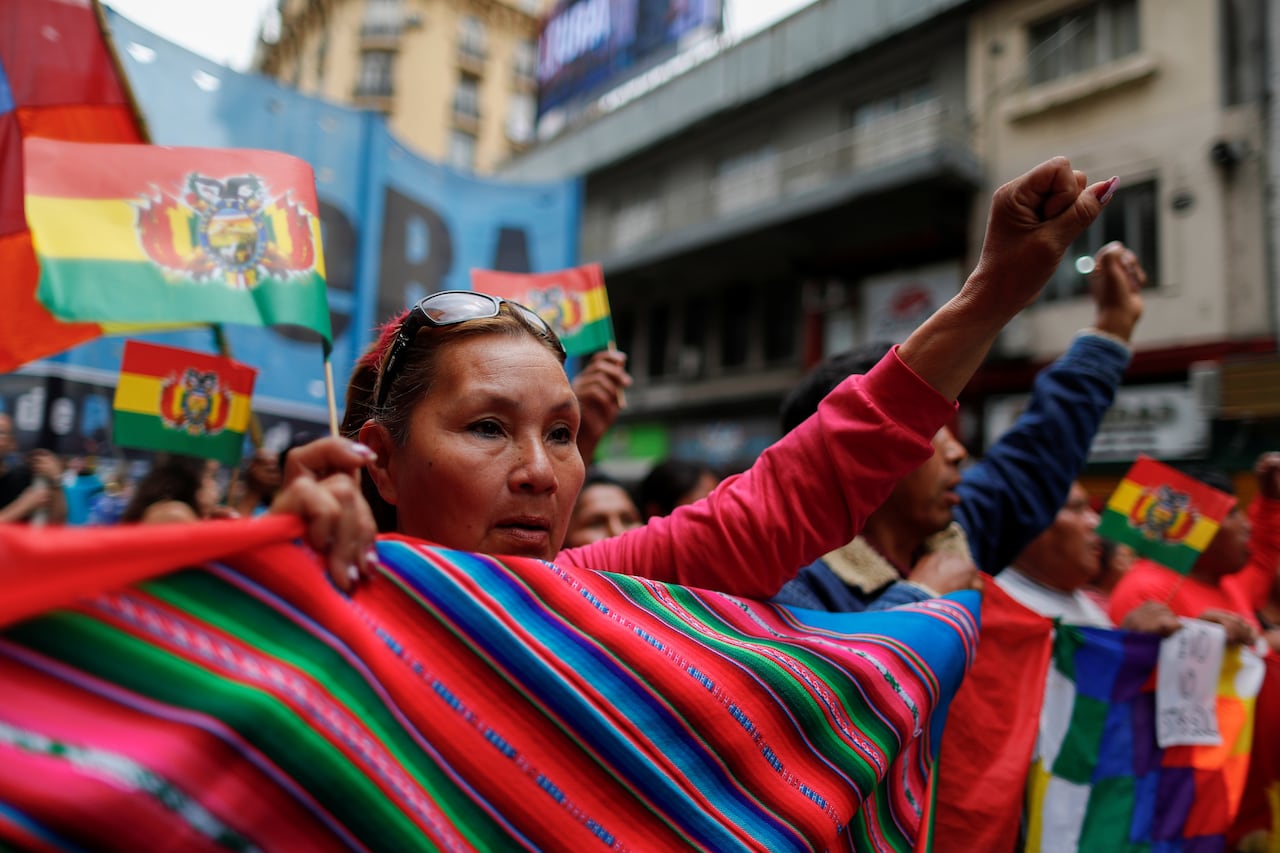 This Sunday, subnational elections will be held where governors and mayors will be elected throughout the country. The vote has aroused expectations because it is the first to be held after the triumph of the Lucho Arce and David Choquehuanca binomial. To talk about this issue and to find out how the electoral campaign has progressed, we talked to journalist, writer and historian Antonio Abal.

What I can tell you is that there has been a great display of propaganda by two candidates in two municipalities. I am referring to the candidate for mayor of Cochabamba, Manfred Reyes Villa, and Iván Arias in the city of La Paz. This has happened in counterpoint to the mobilizations of the Movimiento al Socialismo (MAS) which has a national presence. But these particularities of Cochabamba and La Paz have to do with the great investments of money that are being made and the place they have in the polls. We are not going to make value judgments on the polls, but we are going to consider them as a photograph that depicts the panorama. There were also some surprises: the Supreme Electoral Tribunal has just reinstated Manfred Reyes Villa in Cochabamba and the doctor Luis Larrea in the city of La Paz. While Larrea’s appointment is of no great significance, Reyes Villa’s in Cochabamba is. People ask themselves “it can’t be, they are playing with us”. They vacate it and after three days they reopen it. Something is going on. And it is true. Something is happening because it cannot be that the Constitution is not being applied. It is logical that someone who lives in a municipality cannot be a candidate in another municipality. It is as simple as that. I do not know how they have justified themselves, because they have not explained these decisions and in some way, they are creating uncertainty in the population. This generates distrust to institutions in Bolivia. On the other hand, the closing of the campaign was suspended due to the tragedy of the Public University of El Alto, where 7 young people died when they fell from a high floor due to an agglomeration of students and when one of the railings gave way. This provoked, as a gesture of solidarity, the closing of the campaign.

Let’s talk a little, beyond the polls, about the real support that the right-wing Manfred Reyes Villa has in Cochabamba.

Cochabamba is a city that has a class descended from the old landowners of agriculture in Bolivia, there is an inheritance that has been passed on, and they have a historical hatred towards “the peasant”. Because for them the peasant was the one who took the land from their grandfather, you know how these imaginaries are constructed. This was manifested many times. In Cochabamba, in the 2008 confrontation, Manfred Reyes Villa was the main actor in the confrontation of peasants who came to march to the city and met with young people from the northern zone, armed with baseball bats with nails. It was a very impressive event. The photographs circulated worldwide. It was a prehistoric war, with billy clubs. That class that has supported the November coup has given very strong support to Reyes Villa, they always had that colonial idea. It is the class that for the last five years has had weight in the mayoral elections. So, in Cochabamba there is a long history, but he is the articulator of the political right and this classist sentiment has a chance of winning there. According to the polls he is first. The deployment of propaganda is tremendous. The city is papered with their emblems and photographs, they have obtained spaces in buildings and rented houses for their campaign sites; they wanted to establish a presence in the southern zone, but they have not been able to do so, they have been kicked out. But he has had a physical presence through these campaign houses. You find, however biased, that if you ask the cab driver or the merchants, they tell you that “el bombón” has to come back. That is his charismatic name “El bombón”. In other words, Reyes Villa has the possibilities of winning this key mayoralty.

And how is the situation in La Paz?

It is a very hard fight, because the candidate Iván Arias now has the same profile as Manfred Reyes Villa, he managed to coordinate the political right wing and also comes from the world of NGOs, from working in international cooperation, he has all that apparatus that has been helping him. In addition, he made a kind of arrangement with the current mayor of La Paz because 50% openly supports him and the other 50% supports the candidate of the current mayor’s party. He made a strategy through big walks in the city and great media deployment. He is a communicator so he knows how to handle the issue of public communication, although these days allegations are emerging from his time in the ministry. Above all, issues of harassment of colleagues who have worked in institutions, everything is documented, but it is not a surprise to anyone, this profile of the candidate was already known.

Quispe’s son has no possibilities?

He has not been able to come back, because the numbers that Felipe Quispe had were tremendous, there was no candidate who could match them. But when he passed away and the son took over the representation, he could not even come close to having a figure close to what his father had.

What about Eva Copa del Alto?

Eva Copa is consolidated, despite the unequal war that has been unleashed. Even the events at the Alto public university have been used for a dirty war, saying that she was involved in the meeting. Despite all that, she maintains a great support and is the only case of a candidate who has started winning and has been increasing the preference of the votes.

From the scenario you paint in Cochabamba, La Paz and El Alto, MAS is not doing so well in this election. It seems that Evo’s idea of uniting everyone has not produced the expected result.

There are many problems, there are divisions. In small departments, there are open declarations of people who say that this time they are not going to vote for MAS; it is the “punishment vote”, where they vote against their own candidate. What you say is key, because if MAS loses the municipalities of La Paz, Cochabamba and Santa Cruz we have an ungovernable country. And we add the southern block, such as Chuquisaca, where the governor would not be from MAS, or the mayor either, in Tarija this also happens. So, we are talking about something very similar to the advance of the Medialuna to La Paz as a political project, that is the underlying issue. They work on it 24 hours a day.

It is being demonstrated once again that what is not won in the streets or on the roads, and what is achieved at the ballot box can be quite ephemeral. It can be lost a few months later, not only because of the vote but also because this type of democracy is full of traps and ambushes. In addition to the enormous mistakes made by certain leaders.

There were several suggestions, and I speak of Cochabamba, there were meetings of cells, of professionals, of neighborhoods, where they suggested changing the strategy. The candidates are accepted, there is no way around it, but the strategy has to be changed. It is not a normal time to conduct an electoral campaign offering things and measuring who offers more or who is going to build the biggest bridge, but it is necessary to sustain the discourse of recovering democracy and annihilating the right wing, which is what had been done in August. These recommendations did not take root or there were no receptive hatreds, as Che said, and it remained as a good intention.