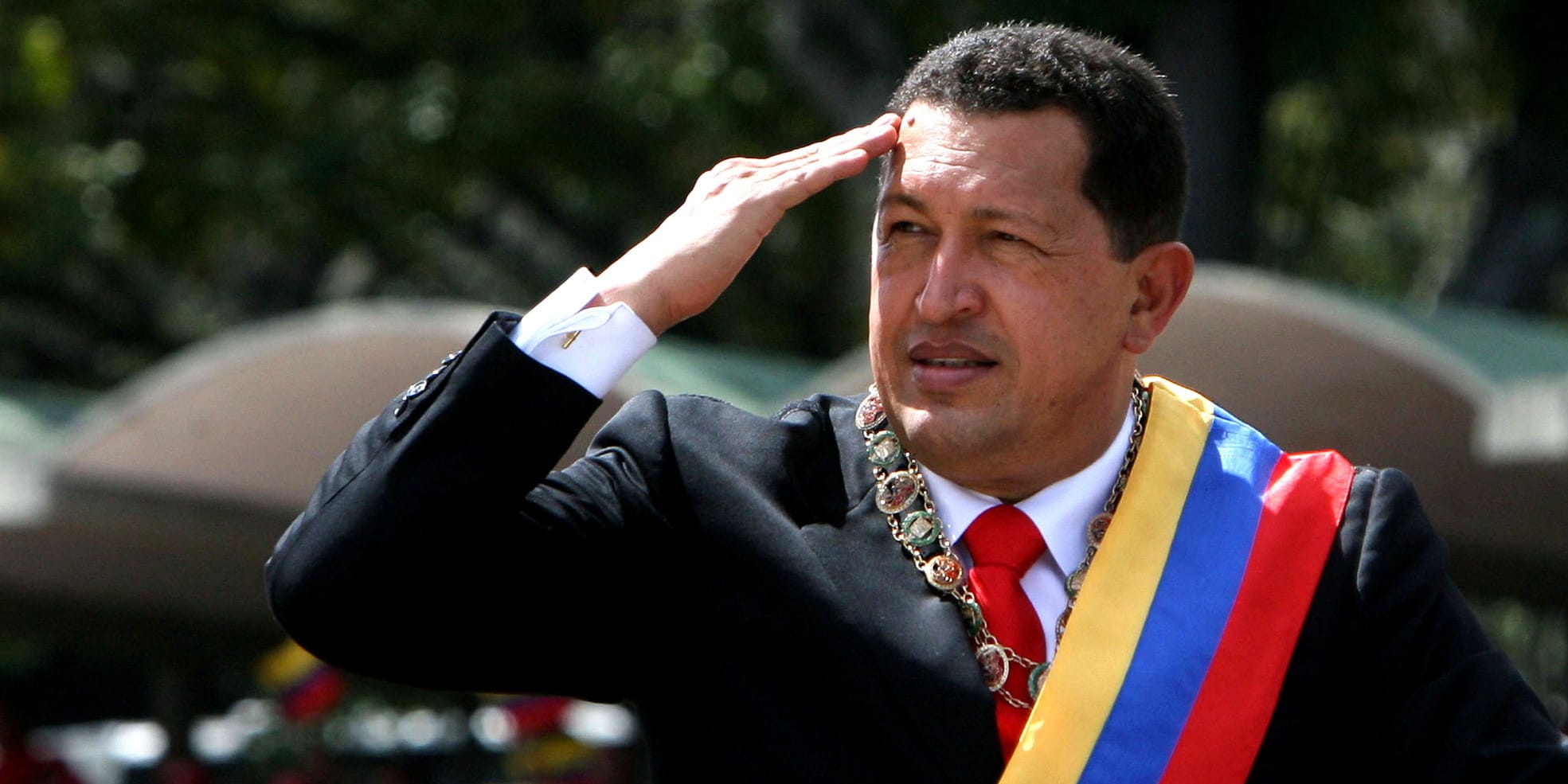 This is only the beginning,the first page of the book that will soon be available to you. A small tribute to the always among us beloved comandante.

July 6, 1994.- We are travelling in a van that slides fast through the labyrinthine city of Caracas, but when it stops and someone recognizes Lieutenant Colonel Hugo Chávez Frías, next to whom I am sitting, we cannot continue on our way. Humble women and men surround us, greet him with respectful confidence, trying to touch him, talking to him, thanking him, while their faces are transformed and their joy bursts out in song. It is as if seeing Chávez gave them back hope in the midst of the uncertainty of those days.

We have just left a press conference and I am interviewing him while we go to a meeting in the 23 de Enero neighborhood, which has and will always have so much history of resistance in Venezuelan and Caracas life.

At one point I ask him: Comandante, you have spoken in these hours of an immense project, producing a 180-degree turn in the political, social and economic life of Venezuela. In the days I have been in Caracas, I have verified that your popularity scares the leaders of the old political parties who have already begun to show their teeth. You will need enormous strength and a will of steel to do what you dream of. Where does this strength come from?

Hugo Chávez: Look Stella, the strength comes from our past, our history, it comes from the mountains and the plains since Simón Bolívar and before, from those who fought against the Spanish colonizer, our indigenous brothers from whom we descend. Look at me, what do you think, where do I come from? There is a history that was hidden for centuries from the Venezuelan people so that they would not remember the history of resistance and struggle that we have. The strength that drives me, as when you propel yourself in a parachute, comes from the father of the homeland Simón Bolívar and the strength I need to walk now comes from those people who believed in my words. In those women from the poorest neighborhoods, who sent us food when we were prisoners. There was the love that I would find in the streets one day, three months ago, last March when I was released from prison.

It is that father who gives me the historical strength and it is that people who will save Venezuela, who will liberate Venezuela.

SC: We could say that you will make your way then in the name of the father.

HCH: Yes, in the name of that great father of ours and of Latin America. It is the history that begins anew in Our America. We will be the new sowers of liberating winds.

At that moment it became real what I had felt when I saw him at the press conference a few hours earlier, standing tall, slim, wearing an olive green suit, a Mao shirt. A chiselled face, a cheerful, open, frank smile, a somewhat dreamy look, but firm, as firm as the handshake with which he greeted me. I felt that I had not been mistaken in my distant perception.

I was in the presence of a true leader, a man who spoke poetically, but with a conviction, which his words confirmed to me. From that moment on, an open communication was established between us, that instinctive spark that identified us and that would become a beautiful form of respectful friendship and an accomplice of every liberating dream that was out there.

I was able to share many hours, unique moments, in Venezuela, Argentina, Uruguay, Cuba. I never doubted that I was in the presence of a man who was truly going to generate good winds and hurricanes, the kind that cleanse, refresh and liberate.