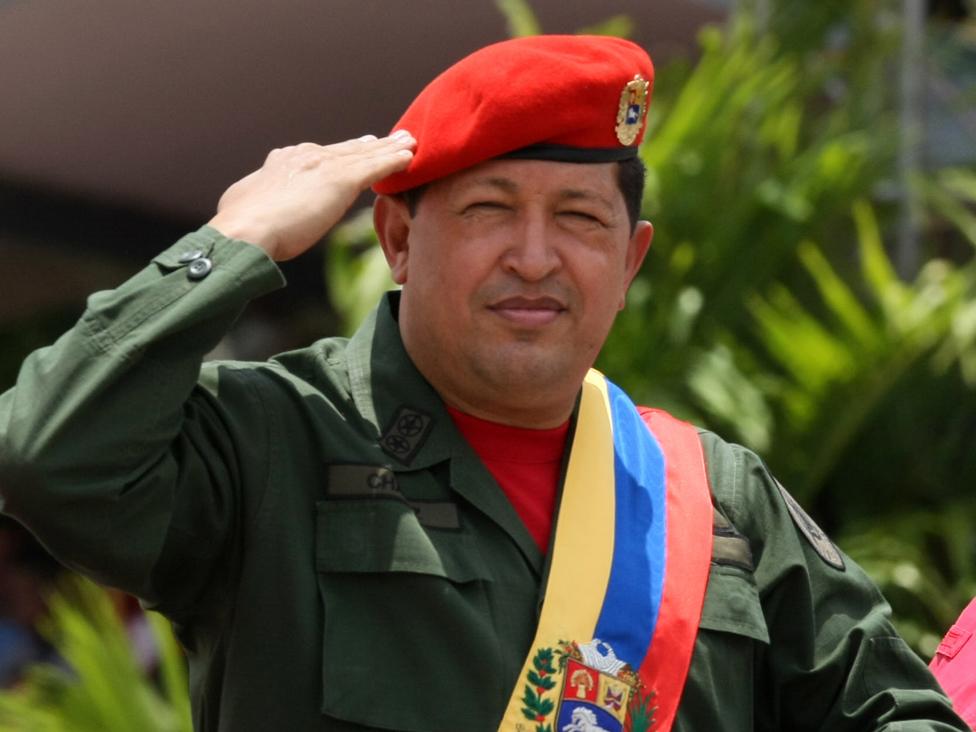 Eight years and your flame is still lit, illuminating the paths of the people. Your voice of thunder shakes the mountains, clarion of dawn, announcer of prowess born under the Samán de Güere.

I feel you here by my side, companion of intricate paths, clearing topochales, cheerfully singing your spider songs that savannah girls enjoy, pleased by your childlike sympathy.

Yours is the immense plain, firm and strong are your hands, your scream, the devil of the Apure, the astonished river dressed in white herons where indigenous canoes sail carrying your olympic flame. They say that you walk singing, that Maisanta walks by your side, marching together, splashing solitudes, greeting Florentino who fights with the Devil on a wild embankment.

In you the parts that make up the whole are summarized. It is your rifle voice that sang to the magic of the blackness outlining barloventeños drums. At Alba your integrationist spirit rebounded to see the horizon clearer with the dawning of the day. Your early warnings on global warming, on the felling of forests, taking care of the waters to produce fish.

Chavez the friend, shaken by the pain of the other, in infinite flowing manifestation of your generous heart. Plethoric of love, repaying the colorful love of the people with love, eating patacones marabinos with carnitas and strips of cheese.

Chavez, another 5th of March without you and with you. From the Cuartel de la Montaña, a cannon blast announces your presence and there, in that flower of the four winds, your living heart beats alive, like a healing balm of wounds, solver of iniquities, pure sap that awakens hope.

Your song from the Chiricoa resounds again and with the forty horses, marches whistling, llanero alzado, guerrillero ambulante, there is no one who can sting you or bear the burden as Andrés Eloy Blanco sings of you and Pedro Pérez Delgado now has a homeland drawn in his soul next to the Virgen del Socorro. Your guerrilla cry travels on the back of the savannah and spreads like hail, climbs the celestial crest of the Andean mountains, where the Rio Grande is born and the Amazon flows towards the Patagonia of the Patria Grande, the Caribbean, Latin America.

Your blue dreams are wrapped in your tricolor armband that accompanied you on that memorable night of challenges in your immortal “Por Ahora”. Critic of yourself and of your fellows, propitiator of shocks to the corrupt and the bureaucratic official, combatant of adversities, stubborn in your most stubborn stubbornness in the defense of your principles.

The Llanero (the highlander), rising up, with rumors of joropos and mastrantal aromas, Chavez is together with Bolivar and Sucre in the morichales, in defense of the Homeland, defeating the imperial penumbras. It is Chávez who returns undefeated claiming wills, not sharing lies, betrayals or disloyalties. The same insurrectionist Chávez who never believed in death and mocked it. He who loved the truth and maintained that there was no greater moral force than this. He is that Chávez of ours who never felt that his life belonged to him and that he was nothing more than a weak straw moved by the force of the winds.

March 5th, day of reflection. Before mourning there is your frank laughter. In the face of weeping, collective joy imposes itself as the true path. Within the pain of the old and the elderly, the young and the children, the strong bearing of the woman and the man that transported your body through crowded avenues, your indigenous, black, white image transfigured into a soldier that marches firmly with his red beret and his bayonet. Chavez, heart of the people, delirium of unbridled passions. March 5th, your face is indelible, your beloved Homeland offers you its fruits loaded with love, the storm does not cease and you, weathering the winds, flying over the eye of the storm. Chavez for now and forever, I embrace your unfading presence.