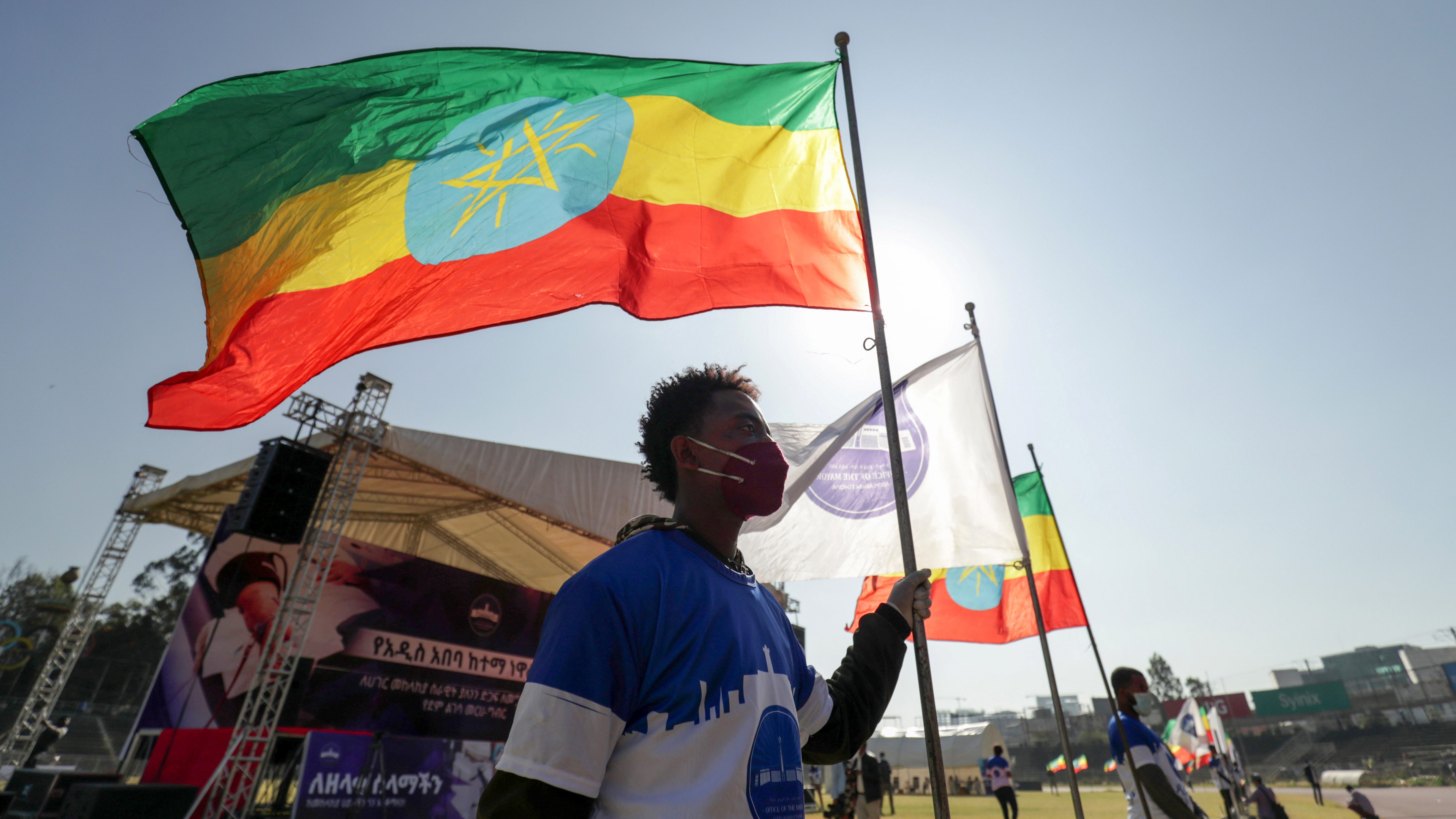 Violence in Africa is incomprehensible only because we do not want to understand it, because the truth is that it is motivated by more material and rational factors than most European conflicts.

War has returned to the Horn of Africa. And in the headlines, “ethnic conflict” and “ethnic tensions”. But ethnic conflict does not exist. It is an invention. And if it does exist, it is certainly not in Africa. This is a dangerous simplification, which diverts attention from the real causes of violence and makes it difficult to resolve.

The case of Ethiopia is paradigmatic. The crisis currently affecting the country is very complex and has deep roots. Perhaps that is why it is easier for us to reduce everything to a struggle between ethnic groups. Savages slaughtering each other because they cannot live together in a civilized way.

What exactly is an ethnic conflict? In its most basic definition, it is a conflict between two or more ethnic groups. The definition says nothing about the causes of the conflict-just as with “international conflict”. In one, ethnic groups fight; in another, nations. But why do they fight? Identity is rarely the main motive. They fight for what they always fight for: economic, religious, territorial or ideological reasons. The only thing that the “ethnic” of ethnic conflict tells us is the category of the opposing units: not nations or political factions, but ethnicities.

The problem is that when we speak of ethnic conflict, group identity comes to the fore regardless of any real importance it may have. 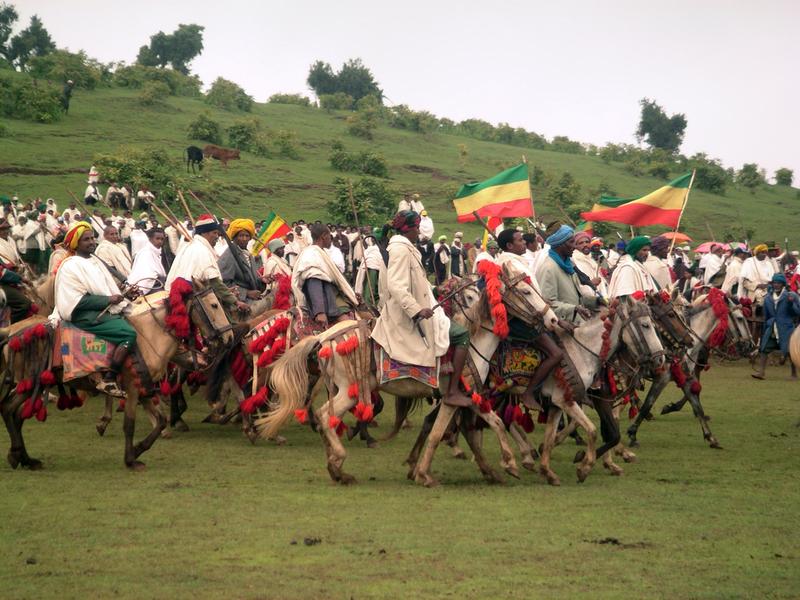 Riders of the Agaw ethnic group of the Ethiopian highlands at the funeral of a chief. The highlands have historically been the area of greatest conflict in Ethiopia, despite its cultural homogeneity. ALFREDO GONZÁLEZ RUIBAL

Ethiopia, the country of a hundred ethnicities

Ethiopia is a culturally diverse country. It is often said that there are 80 ethnic groups, but the real number is probably closer to one hundred. A hundred groups with their languages, their customs, their religions. It is normal that there is war, we would think. But it is not. There is no direct correlation between ethnic diversity and conflict. In fact, the most ethnically diverse areas of Ethiopia, the south and west of the country, have traditionally been the most peaceful.

Take the remote Yabus and Daja valleys between Sudan and Ethiopia, which I know well. Four ethnic groups live here: the Gwama, the Ganza, the Uduk and the Komo. There is not a single reference to these communities ever having fought each other, at least nothing remotely resembling a war. Not a shred of historical, archaeological or ethnographic evidence. Not even razzias or neighborhood fights. And yet they are, in the Western imagination, the paradigm of the African “primitive”.

The conflicts in Amhara and Tigray, regions with an ancient state tradition, are more similar to the political, ideological and dynastic violence of the West than to the “African” violence of our imagination.

The situation is quite different in the culturally homogeneous areas of Ethiopia, such as the Amhara and Tigray regions. Warfare, here, has been a constant over the last thousand years and has very often taken on an intra-ethnic character (Amharas against Amharas) or has occurred between culturally very similar groups (Amharas against Tigrins) Why do we not talk about these wars and instead talk about “ethnic conflict”?

Well, because in Africa what is expected are tribal conflicts, savages slaughtering each other for no apparent reason. And the conflicts in Amhara and Tigray, regions with a state tradition older than that of Western Europe, are more similar to the political, ideological and dynastic violence of the West than to the “African” violence of our imagination.

The historical keys to the conflict

So where does the current “ethnic conflict” in Ethiopia come from? To find out, one has to analyze history from a long-term perspective. And that is not usually done by political analysts.

Between the 13th and 16th centuries, two groups conquered a large part of today’s Ethiopia: on the one hand, the Amharas and Tigrins, heirs of the great state tradition in the Horn of Africa, which dates back to 800 B.C. On the other hand, a group of semi-nomadic pastoralists, the Oromo. The Amharas advanced from the north, the Oromo from the south. Both created hierarchical political formations: the Amharas, an empire; the Oromo, several chiefdoms or small states.

Both expelled, absorbed and marginalized the indigenous minorities of the territories they occupied. But the Amharas (and the Tigrins) took total control of what is now Ethiopia at the end of the 19th century: they conquered the entire Oromo territory and expanded beyond. This expansion coincided with the partitioning of Africa by the European powers, which recognized and legitimized the Ethiopian conquests. The occupation of Oromia caused resentment among the population, but the Oromo elites benefited and received positions and perks in the new imperial order.

Thus, the conflict did not so much pit Amharas and Oromo against each other, as it did the privileged classes and peasants, regardless of ethnicity.

The real causes of the conflicts

The “ethnic” conflict in the Horn of Africa is, in reality, a conflict over power and resources.

It is a conflict over resources in the border regions, which have only been fully integrated into the state since the 1970s. These regions are home to indigenous communities considered “primitive” by the dominant Ethiopian society-just as the Europeans considered the Africans they colonized “primitive”. And like the Europeans, Ethiopians have tried to extract resources from the conquered areas, subjugate the “savages” and sometimes impose their religion and customs on them.

It is not an ethnic conflict, it is a conflict between predatory capitalism and those who suffer from it: peasants and indigenous people in Ethiopia and the rest of the Global South.

Today, the dominant groups expropriate the lands of minorities, cede their use to multinationals and agribusiness, build hydroelectric plants that make the lives of the local population unviable, and settle settlers that corner them. It is the same conflict we see in any frontier of capitalism: in the Amazon, in the Paraguayan Chaco or in the jungles of Indonesia. It is not an ethnic conflict, it is a conflict between predatory capitalism and those who suffer from it: peasants and indigenous people, in Ethiopia and the rest of the Global South.

Ethnic conflict” is a struggle for power, too. This is the case in the ongoing war between the Ethiopian federal government and the Tigrins-rather, the Tigray People’s Liberation Front or TPLF, which controlled the country between 1991 and 2018. Here, too, it is wrong to speak of ethnicity. It is a struggle for the control of state institutions and resources and for the model of state to be imposed (more or less federal or centralized). Nothing we are not used to in the West.

Do ethnic conflicts not exist then? Yes, but not in Africa, the place par excellence of this type of conflict in the Western imagination. Where they do exist is specifically in the West. In fact, ethnic conflict is what we find in Catalonia, in Scotland or in Quebec. Ethnic conflict was also what the Nazis brought to Eastern Europe. In all these cases, bloody or peaceful, the key is or was the cultural identity of the group. Women of the Komo, Opuo and Amhara ethnic groups sharing coffee in the morning in the western lowlands of Ethiopia. This region is characterized by high ethnic diversity and little interethnic conflict. ALFREDO GONZÁLEZ RUIBAL

What happens is that when we refer to our problems we do not speak of ethnicities, but of nations or nationalities (of races, in the era of fascism). We do not speak of ancestral hatreds, but of politics. Because ethnicity is a thing of the uncivilized, of tribes in deep Africa that massacre each other in an incomprehensible and visceral way.

But violence in Africa is only incomprehensible because we do not want to understand it, because the truth is that it is motivated by much more material and rational reasons than most European conflicts. To speak of ethnic clashes in Africa, therefore, is a way of stigmatizing its inhabitants. It is also, and perhaps more importantly, a way of hiding the continent’s real problems, which are caused by the developmental state, nationalism, globalization and capitalism. As in any other part of the world.

Alfredo Gonzalez Ruibal, PhD in Prehistoric Archaeology from the Complutense University of Madrid and a qualified scientist in the field of archaeology.