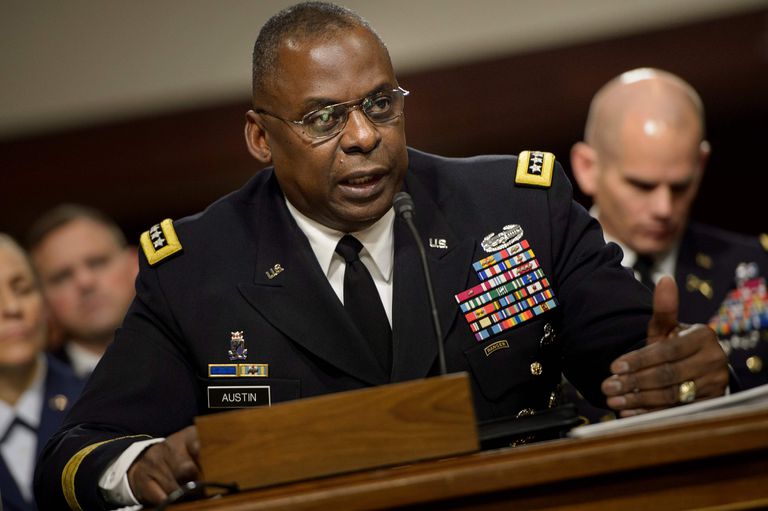 Last Wednesday, the United States returned to the United Nations Human Rights Council (UNHRC) after three years of absence, decided by the Donald Trump administration. The first speech of the new Secretary of State Antony Blinken, however, did not differ one iota from the reasons given by the Republican for leaving this multilateral institution.

In August 2020, the U.S. National Security Council (NSC) disseminated through the White House website the Western Hemisphere Strategic Framework, a document in which the objectives of the global strategy were adapted to the particularities of Latin America and the Caribbean. Both documents were removed from the official U.S. government website during the week following Joe Biden’s inauguration. According to accredited journalists in Washington, the underlying reason for the deletion is not due to any rectification or future mutation of the Doctrine, but to its necessary adaptation to a more diplomatic language.

The prologue to the Strategic Framework congratulates itself on having “ensured peace and prosperity in the region”, and continues with a suggestive paragraph on “the region’s abundant natural resources, including fuels and precious metals”. In its development, it sets out five key objectives related to the following dimensions:

The first goal is aimed at Securing the National Home and its sphere of influence, specifying that relations with its neighbors are anchored in its own geostrategic security. Latin America and the Caribbean -the Framework asserts- is an area of absolute concern to Washington, and this entails discouraging other types of international authority outside its control. This first objective coincides with the spirit of the phrase enunciated in 1912 by the only U.S. President who was also a Supreme Court Justice, William Howard Taft:

“The day is not far distant when the flag of the United States will fly at three equidistant points to mark our territory: one at the North Pole, one at the Panama Canal, and the third at the South Pole. The entire Hemisphere will be ours by virtue of the superiority of our race, just as it is already ours, in moral terms”.

The report prioritizes domestic security but makes no reference to the region’s pressing problems, such as inequality, lack of industrial development and infrastructure deficiencies. Although Latin America and the Caribbean are considered the most unequal geographical areas in the world, the link explicitly stated by Washington focuses on security and its geopolitical control as a way of guaranteeing the well-being of Americans.

The second chapter is aimed at promoting “growth through the expansion of free markets”, undermining any form of sovereign regulation capable of safeguarding the productive take-off or protecting areas of strategic development of Latin American countries. The document adds -as a reference to the prologue on “the region’s abundant natural resources, including fuels and precious metals”- the imperative need to guarantee supply chains, a euphemism for condemning the region to an extractive activity anchored in economic primarization. This section seeks to grant certainty to the monopolistic companies and their financialized supports represented by Wall Street, ratifying the advantages derived from productive and commercial control.

Free trade in its neoliberal format has benefited the corporations of the central countries and has destroyed the productive potential of the region. While protectionist policies have been promoted to leverage industrial bases, Washington has endeavored to thwart any take-off that might challenge the dominance of its transnationals. The result of this policy is the growing reduction of Latin America and the Caribbean’s insertion in world trade. From a share in total world exports of 12% in 1955, the region fell to 6% in 2016, to reach its worst level at 4.7% in 2018.

The third axis refers to the institutional sphere. The Strategic Framework considers that the only democratic system is the one that is compatible with its interests. Hence, any political triumph of a model that questions its hegemony is no longer considered a democracy. From this assessment it follows that Nicaragua, Cuba and Venezuela are not evaluated as democratic countries.

This preconception has been wielded by the different governments of the United States. Washington lacks self-awareness of the destabilizing, interfering and criminal role it has played in the region, through its partnership with the monopolistic and oligarchic elites, which have undermined democracy every time a political program was raised with challenges to the hegemonic interests of the State Department. Currently, in order to undermine such sovereign processes, Washington uses two specific mechanisms: institutionalized lawfare -with the endorsement of the magistrates’ corporations- and the recruitment of foundations, civil society organizations and research centers through UNSAID and its covert version, the Atlas Network.

The fourth chapter is devoted to labeling Latin America and the Caribbean’s ties with China and Russia as a malign political influence, despite the fact that, for the last decade, Beijing has consolidated its position as the region’s main trading partner. The section appeals to a militaristic language and places its neighboring countries as part of its entourage, thus undermining its capacity to establish autonomous relations outside its authorization. It refers to the Belt and Road Initiative (BRI), which involves investments in infrastructure, considering this program as a provocation to the “competitive advantage of US military forces”.

This is the justification for Washington’s largest naval deployment in Latin America and the Caribbean in the last four decades, during April 2020, whose explicit purpose was to intimidate Venezuela and Cuba, and to warn the rest of the countries about the consequences of a greater link with China and Russia. That was also the intention of the Coast Guard vessel -the USCGC Stone- that pretended to patrol Argentine territorial waters within the Southwest Atlantic. Since the government of Alberto Fernandez refused to authorize its mission, the vessel decided not to enter the Port of Mar del Plata.

The last axis is explicit about the intention to expand the regional community of like-minded partners, with the clear purpose of giving continuity to the imposition of neoliberalism through the co-optation of local referents, the financing of acolyte NGOs and the interference in the legal and academic systems of the countries of the region. To this purpose is added the appeal to platform corporations (Google, Facebook, Amazon and Twitter, among others) conducive to extending and justifying the conceptions of the world functional to the monopolistic interests of transnational corporations. Washington openly uses these technologies – especially artificial intelligence and cloud computing – to gain positions against the economies that dispute its hegemony. These innovations have given rise to increasing levels of communication and information manipulation, fundamental supports of social control, surveillance and monetizable wealth. This is the main reason why aggregated data are transmuted into targets of permanent cyber-attacks, given their growing political, ideological and commercial relevance.

In the last four decades of the 20th century, Latin America was the victim of National Security Doctrines, designed to repress the contingency of progressive political processes, as they were immediately inscribed in the bipolar logic. In that framework, Washington promoted and supported all genocidal dictatorships, omitting to question their total lack of democracy. After the Cold War, the State Department’s doctrines were oriented towards the War on Drugs. Since 2001, the label has been adapted to the fight against terrorism. All these euphemisms, as well as the current Strategic Framework, have promoted similar designs based on the shielding of transnational corporations and their related financial appendages. As a functional correlate, they have sought to prevent any path of autonomous development of the countries of the region -especially with regard to industrial and/or technological aspects- that could leverage or be favorable to the disconnection from imperial toxicity.

oe Biden’s election victory may be good news for immigrants, minorities, gender, global warming and environmental issues. However, as far as the link with Latin America and the Caribbean is concerned, it can only be expected that they will whitewash (or hide) the documents that guide their policies. The transnational monopolistic structure compels them to defend what they consider to be their areas of influence on pain of collapsing sooner than expected. This is, paradoxically, their greatest weakness. The emperor is naked. And more and more political actors are becoming aware of their relative exhaustion.