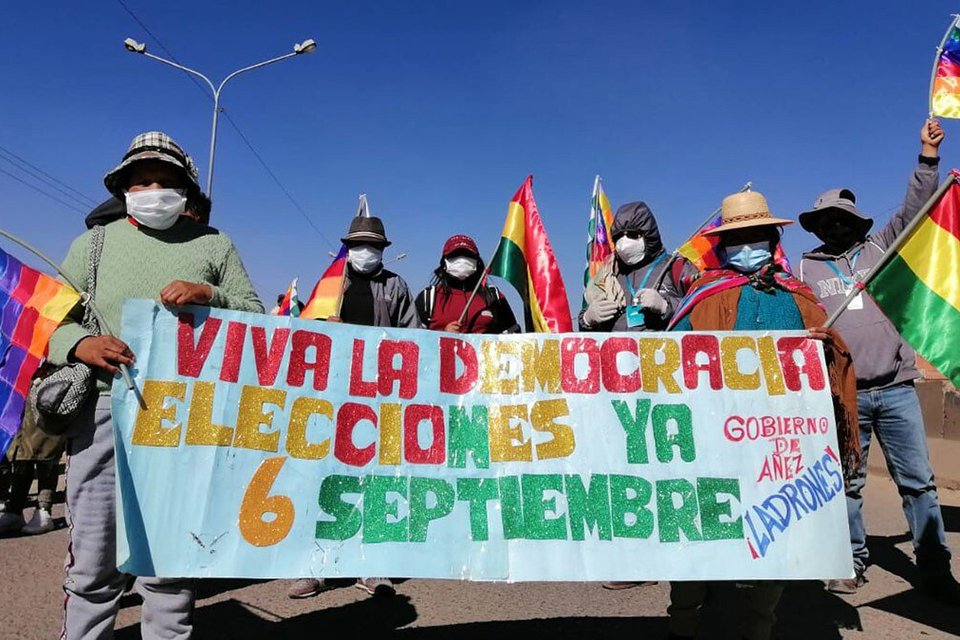 The strategy of the left of the 21st century combines the democratic struggle of the masses with the radical democratization of the State and of all social, economic, political and cultural structures.

This polarization restricted the left, which was always accused of not valuing democracy, a theme embraced by the liberal right. Soviet statist socialism disappeared in a historical phenomenon never seen before, in which a superpower disintegrated from within; also under the influence of external pressure.

The left used to devalue existing democracy as a “bourgeois democracy”, in contrast to a “socialist democracy”, existing in socialist countries, in which the proletariat would be the ruling class. They did not take into account that in the Soviet model there was no socialization of the means of production, but rather the nationalization of these means in the hands of a bureaucracy, the real ruling sector of society. Without this analysis it would be impossible to understand the spectacular end of this type of political regime.

The military dictatorships in Latin America forced the left to value democracy as the only way to impose the will of the majority. The struggle against dictatorships has definitively incorporated the democratic question as an indispensable theme in the programs of the left.

Sectors of the old left continued to resist this advance. In the first place, communist parties, defeated with the end of the USSR and the model of state socialism, irreversibly weakened by these phenomena. Alongside them, as a component of the old left scenario, Trotskyist groups also revealed this resistance.

The left of the 21st century incorporates the democratic question as fundamental. Either because it was born out of the resistance to dictatorships, or because it is directly supported by social movements, which strongly value democracy, an indispensable space for its development.

But also because the strategy of the left of the 21st century does not discard existing democracy simply as “bourgeois democracy”, especially because it was achieved by the democratic struggles carried out by popular movements, often against bourgeois positions and interests.

The relative autonomy of the political structures – according to the theories of Nicos Poulantzas – affords an important margin for maneuver. It was thus, for example, that Bolivia, in the most radical process of this century in Latin America, managed to re-found its State and change its character.

However, based on capitalist societies, states have structural limitations. The liberal system is the predominant form of political system in capitalist societies. However, when it went into crisis, the dominant oligarchies did not hesitate to implant dictatorships, openly breaking with democracy or with new forms of judicialization of politics, which distort democracy from within, such as the regime installed in Brazil since the 2016 coup d’état.

The strategy of armed struggle, according to Che’s own criteria, could be adequate when other forms of struggle are closed down, by dictatorial regimes, as was the case in times of military dictatorships. In addition, the correlation of forces at the national and international level has changed. For this reason, the Salvadoran and Guatemalan guerrillas have tried to recycle themselves for the democratic and mass struggle. If today a social movement or a political party tries to militarize its struggle, in addition to isolating the masses, it would be destroyed militarily in a very short time.

The strategy of the left of the 21st century, which aims to overcome the neoliberal model for a post-neoliberal model, is the strategy of combining the democratic struggle of the masses with the radical democratization of the State and all the social, economic, political and cultural structures of our societies.

It is a struggle that seeks to promote the great structural transformations demanded by our societies, combating all forms of violence and ensuring the prevalence of democratic forms, which are those in which the great majorities can impose their will and their interests. Democracy is thus not simply an instrument to obtain other ends, but is in itself an end, an objective, which must always be perfected, deepened, broadened, democratized.