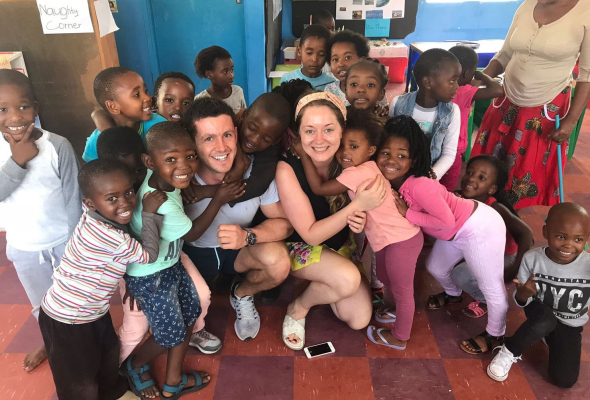 In these contemporary times, Africa is still a charity case for Western superpowers and their aid industry, while turning a blind eye to the root, structural causes of poverty. Non-Governmental Organizations (NGOs) and other Western charities have largely filled the vacuum left in service delivery in most African countries. NGOs play a huge role in the provision of education and healthcare – which are prerogatives of the state.

NGOs are the major purveyors of the “development” discourse, seeking to help the “underdeveloped” African countries. They rarely seek to answer the question of what the real causes of poverty are. Probably the reluctance to make this deep inquiry stems from the fact that NGOs are used by the big Western powers to conceal the clandestine, underhand operations by their gigantic multinational firms that are keeping Africa under the shackles of poverty. These attitudes also have their history in colonialism, where missionaries were the appendage of the imperial superstructure. Missionaries came to “civilize” Africa, and this has now been replaced with more human terms such as “development.” But the concept remains largely unchanged.

Western multinational firms stand on the neck of African countries, and yet the governments which abet the behaviors of these firms, and benefit from them, dare to tell African countries that they need “good governance” for them to be developed as per Western terms. The incessant flows of aid have done more harm than good to Africa, creating a vicious cycle of dependency that is proving hard to dismantle. The elite convergence of the Western superpowers, multinational executives, and the executives of international and local NGOs in creating a pernicious form of opportunism as these elites do not care about getting rid of poverty completely but taking advantage of the mess and inequality created by centuries of imperialism.

While the United Kingdom, the United States, and other European powers are leaders in international aid, the same countries are also leaders in greenhouse gas emissions, tax haven networks, and taking corporate profits out of Africa. These are the real issues perpetuating poverty in Africa, and they conceal that by giving back aid, which pales in comparison to the money they steal from Africa. The continent is painted as needing “the help of the West” when it is the West (and other capitalist superpowers) ripping the livelihoods of Africans into irretrievable pieces.

Development NGOs pride themselves in procuring government aid or charity donations for their ‘mission’ in Africa, but this does not impart skills of emancipation to Africans. The same NGOs, though unwittingly, have cemented the neoliberal ideologies of the Western superpowers, that postulate the state playing a minimalist role in the economy – the state must not descend into the economic arena; this realm should be left to the private sector where profits matter over humanity.

These neoliberal ideologies, since their implementation throughout the 1980s and 90s in many African countries, have killed public services and states continue to delegate social service provision to private players. When they have to be the primary guarantors of life through affordable and universal public services provision.

In 2014, it was reported that Western countries were using aid as a smokescreen to cover ‘sustained looting.’ According to the report, African countries south of the Sahara received $134 billion each year through loans, development aid, and foreign investment but $192 billion left the region. The money that leaves the continent goes back to the same countries that give the aid. This is exacerbated by loans, which add salt to the injury as they worsen the debt crisis. Billions are flowing out of the continent, but people are told aid will help Africa tackle poverty. And this is a far cry from the truth.

Neoliberal capitalism, which puts foreign investment ahead of the welfare of local people, has weakened the ability of African governments to stand up to foreign companies looting Africa’s resources. They also cannot stand up to the NGOs because neoliberal capitalism tells them to leave everything to market forces – hence they cannot provide for social services because they have been told to step back from interfering in the economy.

Power imbalances between the global north and the south persist unabated – the south is perceived as poor and has Africans who are ‘unproductive’ and can not govern themselves,’ and hence they need to be helped by their ‘northern saviors.’ Such perceptions undermine global solidarity to fight poverty. Even citizens in the global north countries are disillusioned that years of contributing their tax money towards aid have not ameliorated poverty in Africa. Where is that money going? What purpose is it serving?

Gary Younge, a reporter for the Guardian noted in 1998 that “about 75% of the money aid agencies collect is spent on the administration of their own organization.” It means NGOs only create opportunism for those involved with them – and this entails both the international and local elite, who find some sense of purpose for their academic excellence in areas such as development studies, while not addressing the root causes of poverty. NGOs do not create emancipatory freedom. But rather ‘licensed’ freedom – freedom ‘within the system,’ but without an overhaul of that repressive system furthering poverty.

It is now widely acknowledged that NGOs are “the preferred channel for service provision in deliberate substitution of the state.” These private players, subject to the whims of donor funders and not to the people they help, have taken a similar position to that of colonial missionaries – “service delivery, running projects that are motivated by charity, and doing things for people (implicitly who can’t do it for themselves), albeit with the verbiage of participatory approaches.”

First-world charities are opportunist corporations. As well as local ones too. They are certainly not heaven-sent, and they are not God-saviors. It is only a game of manipulation. African states should wrest their responsibilities of providing social services from the private players, both local and international. States should resurrect their social policies of the post-independence era before readjustment programs killed that foundation.

And should NGOs stand for the total emancipation of humankind? This means overt dabbling in politics, which may upset the global financiers of the whole capitalist system (who at the same time are the donor funders of the same NGOs and charities).

Western leaders and African leaders should be held accountable so that they invest more into the welfare of their people. The power imbalances must be dismantled. African resources should not be taken out to be supplanted with meaningless aid money. This should make us revisit the question once asked by the New African, “What are NGOs doing in Africa?”