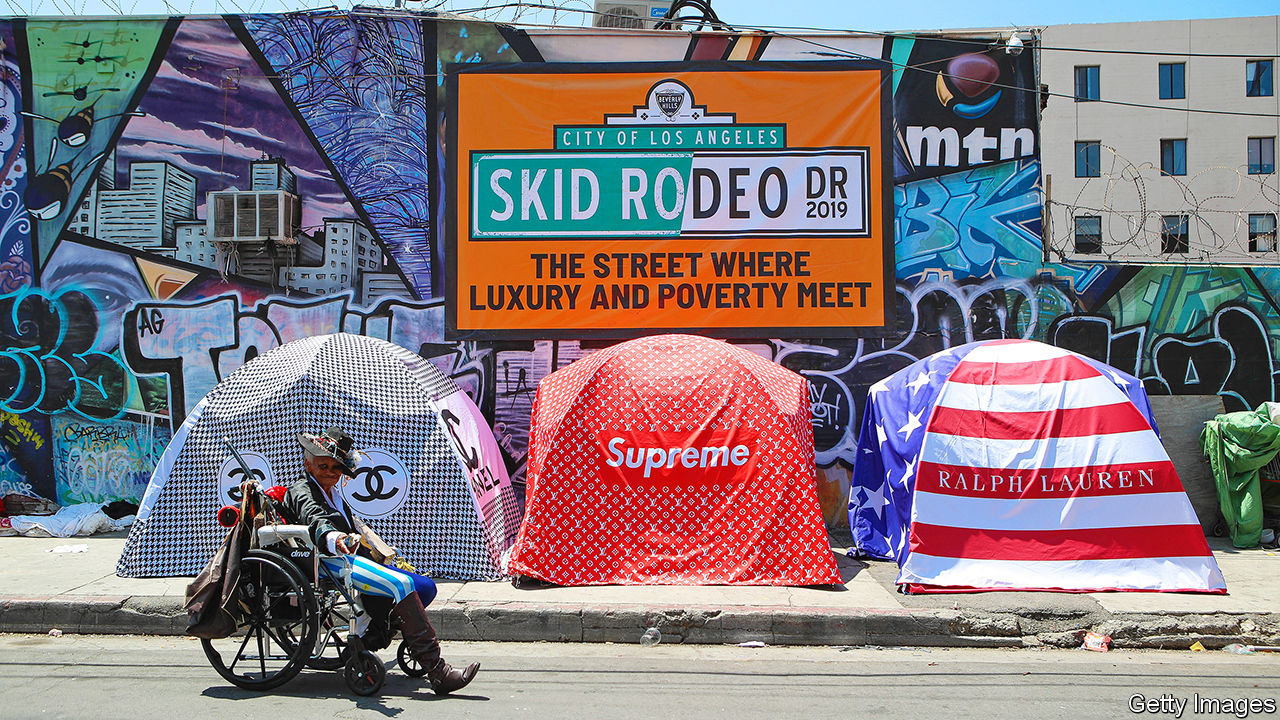 Despite its formidable arms expenditure, which alone exceeds that of all the other countries on the planet combined, the United States has lost its military hegemony.

The United States opened the century with the illusion that it was initiating a “New American Century”, according to the manifesto of the think tank “New Cityzenship Project”. Reality refuted this. Global Trends 2012 predicted an exponential growth of the middle class. But increasing proportions of the middle class are slipping into poverty and marginalization, creating the “white trash” that voted for Trump. Lacking an adequate health care system, the U.S. has the highest rate of Covid infections and deaths. According to the Federal Reserve, 1% of families concentrate 38.6% of the country’s wealth. Nearly forty million people are below the poverty level; the number of poor people of African descent is double that of whites and their income per family is half that of whites. Its prison system confines 1.3 million people: it is the most densely populated in the world, 33% of its inmates are of African descent, its incarceration rate is 6 times higher than that of whites, and prisons are private forced labor camps for the benefit of corporations. Racism hinders the integration of browns, Hispanics, Asians, Europeans: of all that is different. The segregated are leading increasingly massive, frequent and widespread riots.

The United States imposed its hegemony by forcing other countries to maintain their monetary reserves in dollars in the 1944 Breton Woods Agreements. It thus succeeded to this day in paying its commitments by printing green paper which since 1974 has had no backing other than threats, and by forcing oil producers to sell their hydrocarbons in that currency.

But the dollar is losing ground against the yen, which is partially backed by gold. Global Trends 2012 predicted that the Chinese economy would overtake the US economy by 2020. But in October 2014 the IMF acknowledged that the People’s Republic of China was the world’s leading economy, with a GDP of $17.6 trillion, which exceeded the $17.4 trillion of that of the United States. (For Anglo-Saxons, a trillion is a million million million). ) That trend was not reversible, and it would increasingly outpace other economies. Just as American watches and automobiles were displaced by European and Asian ones, their remaining goods are progressively uncompetitive, to the point that Donald Trump tried to prevent imports from China with protectionist taxes, and withdrew from Free Trade Agreements with the Pacific and Mexico. The US Public Debt exceeds the amount of its annual GDP: the latter suffers a fall from 2.2% in 2019 to -3.5% in 2020, while that of China grew to 4.9% by the third quarter of that year. Yankee capitalists invest abroad, evade taxes in tax havens, and do not repatriate profits. Financial speculation provokes increasingly devastating crises, such as the one in 2008 and the current one. The economy becomes unviable. As Paul Craig Roberts points out, this decline was caused by the outflow of capital to China and other countries: “Offshoring served the interests of corporate executives and shareholders. Lower labor costs drove up profits, executive bonuses and stock prices, resulting in capital gains for shareholders. These gains flowed to only a small percentage of the population. For everyone else these treasured profits imposed external costs far in excess of the returns. The American workforce was devastated, and so was the tax base of cities, states and the federal government. The middle class shrank.” (Paul Craig Roberts: The Failure of Laissez Faire Capitalism, Clarity Press, 2013). Speculative economics supplanted productive economics.

Europe became a continent occupied by NATO armies; the rest of the world was threatened by nearly a thousand U.S. bases.

The United States usurped planetary hegemony through its military command of the Atlantic Alliance forces in World War II. The UN functioned as its instrument, to the point that it allowed itself to delay for decades the admission of the People’s Republic of China. Europe became a continent occupied by NATO armies; the rest of the world was threatened by nearly a thousand U.S. bases, the oil-producing countries intervened. This arrogance soon provoked responses in the creation of the Non-Aligned Movement, in that of OPEC, which punished it with energy embargoes, in several revolutions in the Third World and in the creation of unions of dissident Latin American and Caribbean countries: Mercosur, ALBA, Celac, Unasur. Powerful organizations, such as ASEAN, independently group together the Asian countries where 60% of the world’s population resides.

What can we say about a country that claims to be the champion of democracy, where the old oligarchic machinery of the second degree election by electoral colleges is used to proclaim as President the candidate who has obtained the least votes?

How can we understand that a presidential election takes weeks and even months to produce results, and that the supposed loser threatens to settle it by summoning violent mobs against the institutions? Is it credible that a government that does not tolerate that a Snowden or an Assange informs public opinion about its war crimes, that presents itself as an institutional model, a legislative power that authorized the delivery of sums of money (bribes) to its own parliamentarians, that condemns others for violation of human rights. A government that has not signed a single treaty that would place it under the control of international organizations in this matter, that tries to condemn others for violation of human rights?

Despite its formidable arms expenditure, which alone exceeds that of all other countries on the planet combined, the United States has lost its military hegemony.

Military industrial complex spending maintains employment and industry, but produces goods that cannot be consumed and further concentrates wealth in large corporations. In the United States there are more private firearms than inhabitants. Since the end of the last century, the resistance to conscription forced it to create an army of mercenaries with marginalized people of its own and other countries. But Russian aviation and rocketry are currently the most advanced in the world; China has the most powerful fleet. However, the United States continues to be bogged down in the “Forever War”, an eternal succession of interventions which are nothing more than a confession of its impotence to impose its hegemony by any other means than brute force, and in unilateral coercive measures, a strategy which consists of applying extortion when the economy has failed. This oversized military spending is at the expense of the rest of the economy. In an interview published by Newsweek magazine, former President Jimmy Carter told Donald Trump:

“I normalized diplomatic relations with Beijing in 1979. Since that date, do you know how many times China has gone to war with anybody? Not once, while we are constantly at war. The United States is the most warlike nation in the history of the world because it wants to impose states that comply with our government and American values throughout the West, to control companies that have energy resources in other countries. China, on the other hand, is investing its resources in projects such as railroads, infrastructure, intercontinental and transoceanic bullet trains , 6G technology, robotic intelligence, universities, hospitals, ports, buildings and high speed trains instead of using them in military spending”.

“How many miles of high-speed trains do we have in this country,” he said.

“We have wasted $300 billion on military spending to subdue countries that sought to break out of our hegemony. China hasn’t wasted a dime on war, and that’s why it outstrips us in almost every area. And if we had taken $300 billion to install infrastructure, robots, public health in the US, we would have high-speed transoceanic bullet trains. We would have bridges that don’t collapse, free healthcare for Americans, we wouldn’t have thousands more Americans infected than any country in the world by COVID-19 . We would have roads that are properly maintained. Our education system would be as good as South Korea’s or Shanghai’s.”

For half a century the power of the North has not produced a single ideology, a single aesthetic movement of universal resonance.

The U.S. communications apparatus spread its cultural industry throughout the world, trying to position it as a universal culture. At the end of the last century, two out of every three films shown in Europe were American. But its higher education system is essentially private, reserved for the wealthy. Perhaps that is why for half a century the power of the North has not produced a single ideology, a single aesthetic movement of universal resonance. It is losing ground even in the field of science and technological innovation. A simple pandemic, which other countries are successfully fighting, has brought it the highest percentage and number of infected and dead people on the planet. Much of its advances in the mid-twentieth century, such as nuclear weapons and space exploration, were due to imported scientists or technicians: Leo Szylard, Albert Einstein, Werner von Braun. Their achievements in computing were concentrated on mass-producing at affordable costs gadgets envisioned by European scientists such as Kurt Godel, David Hilbert, Alan Turing. It is currently waging a hopeless competition with China for dominance of 5G and 6G platforms and strong artificial intelligence.

The end of hegemony is imminent, but not immediate. Let us not tie around our necks the neoliberal millstones that have drowned what was once the first power on earth. Let the neoliberals bury themselves in the grave they have dug for themselves: let us not bury ourselves with them. To survive, let us take advantage of the loopholes in the struggle between powers. We want to liberate ourselves from hegemony, not replace it.