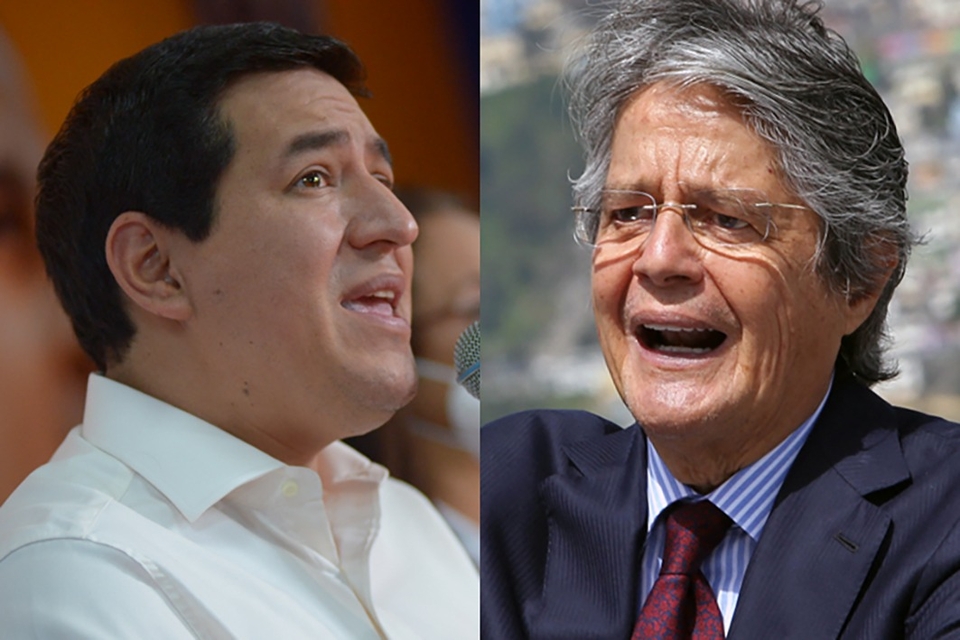 The National Electoral Council proclaimed the election results.
The Comptroller’s Office and the Attorney General’s Office will conduct audits of the voting, which correísmo denounced as an “interference in the electoral process” by other State institutions.

The Ecuadorian electoral process is marked by uncertainties, disputes and threats. This Sunday at 3 am, two weeks after the election, the National Electoral Council (CNE) finally proclaimed the results of the first round. As was known, Andres Arauz won, with 32.70%, and Guillermo Lasso came second, with 19.74%.

At the same session, there was a reaffirmation of the rejection of the request presented by the third party, Yaku Perez, to recount the votes in 17 provinces. The electoral power only accepted the revision of 26 minutes in Guayas and Los Ríos, “whose inconsistencies were physically presented in the Public Hearing of Scrutiny”.

The proclamation, which was supposed to bring clarity regarding the results that were only questioned by Perez, occurred in the midst of two new developments. Firstly, on Saturday, the Comptroller’s Office asked for a computer audit to be carried out before the second round. Secondly, that same afternoon, the Attorney General’s Office requested the digital content of the CNE’s database to carry out a verification of the same.

The Prosecutor’s Office explained in a statement on Sunday that the action was carried out “within a previous investigation for alleged electoral fraud”, based on Perez’s complaints, from which they requested the National Court of Justice to authorize “the registration and retention of information”. This authorization of the Court judge arrived on Saturday, almost simultaneously with the request of the Comptroller’s Office and hours before the proclamation of results by NEC.

Although the Prosecutor’s Office affirmed that “the proceedings were coordinated with the CNE presidency”, the president of the electoral power, Diana Atamaint, recorded a message hours before in which she affirmed: “we hope that the efforts of the Comptroller’s Office are focused on the fight against corruption and that they do not reflect the political forces that want to take the CNE by storm. We ask that the institutions and their authorities do not fall into the game and become political actors promoting their interests in the current electoral process”.

In view of these events, Arauz’s party, Unión por la Esperanza, filed a complaint before the Electoral Contentious Court against the Attorney General, Diana Salazar, and the Comptroller, Pablo Celi, for “interference in the electoral process”. The candidate, on his part, gave a conference to denounce these events: “there is only one electoral authority and we reject the interference and gross meddling of other State institutions in the electoral function of the Comptroller’s Office”.

Arauz denounced that behind the requests for audits there are threats and intentions to modify the electoral calendar, which sets the beginning of the campaign for March 16 and the second round for April 11: “we demand that the rights to the recount be done within the framework of the law and do not involve any excuse to modify the electoral calendar”.

Thus, instead of a clear electoral scenario with the results two weeks after the voting, the latest events added greater concerns about the various attempts to interfere in the conduct of the contest as established. Ecuadorian institutions, marked by years of lawfare against the citizen revolution, once again evidenced their lack of transparency and, consequently, of credibility.

At the same time, in this context, Perez, together with a sector of the indigenous movement, is heading towards the CNE, in Quito, where he will again protest against what he denounces as fraud. According to the announcements, they will arrive in the capital on Tuesday. Perez, who initially had reached an agreement with Lasso for the recount of votes, now finds himself politically isolated and with little chance of making progress in his attempts to challenge the result that gave Arauz the victory in the first round.

The elections in Ecuador, as foreseen from the beginning, have been marked by a succession of irregularities, maneuvers and last minute attempts primarily focused on damaging Arauz’s candidacy. The next few days may be decisive as to whether the country will head towards a smooth second round or if, on the contrary, there will be new twists and turns that will further cast suspicion on the institutions and the electoral process.