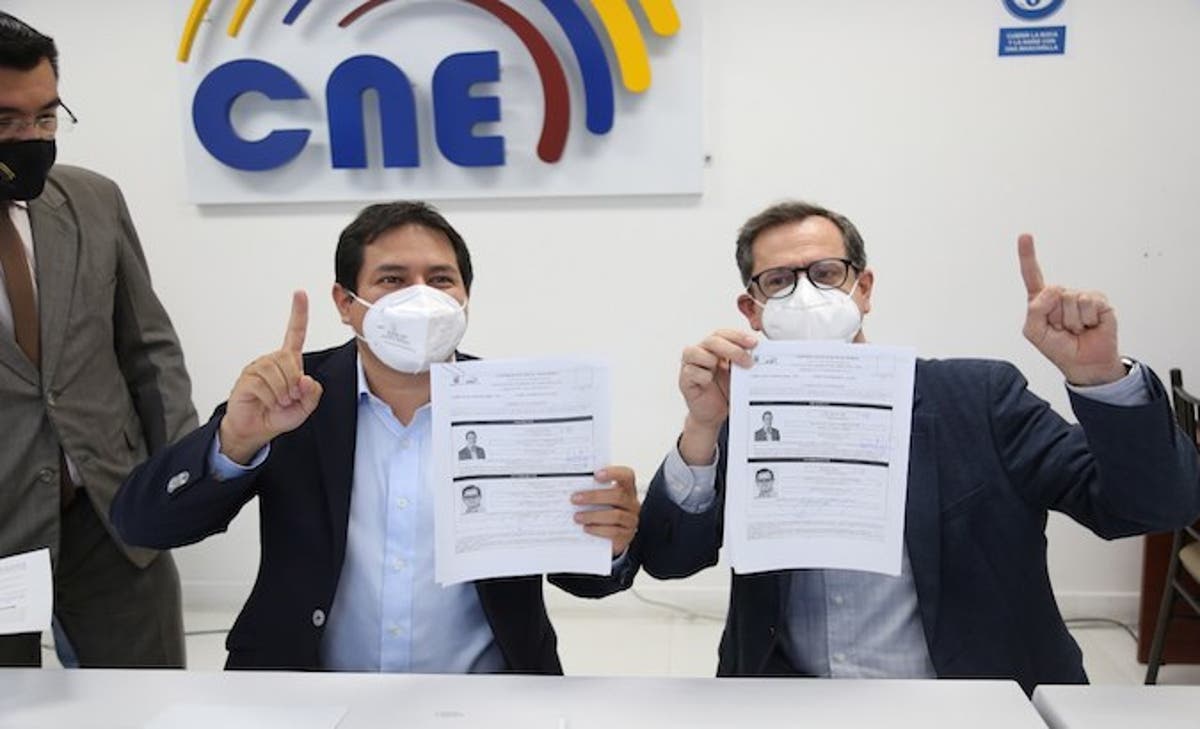 We are just days away from the transcendental election for the presidency of Ecuador on Sunday, February 7, where the correismo candidate Andres Arauz has a good chance of being elected president. We will talk to journalist Ivonne Amores about the climate of political expectation that reigns there. She belongs to the La Bulla Zurda collective and at the time we interviewed her this week she was in Quito participating in one of the many “Caravans of Hope”, which are part of the campaign that candidate Arauz is conducting throughout the country.

Right now we are in the “Caravan of Hope”. This campaign is confronting 4 years of (Lenin) Moreno’s government. A government that has neglected the population in the pandemic, the country with the highest mortality rate in the region by number of inhabitants. That is precisely why this campaign of the Arauz and Rabascall binomial, called “union of hope” has arisen. This campaign, in addition to recovering jobs, aims to increase social, economic and political rights and, above all, to recover human rights.

Let us remember that in 2019 Ecuador experienced episodes of harsh and cruel repression, which resulted in illegitimate arrests against leaders of the “Citizen Revolution”, as well as accusations of rebellion against various leaders of the indigenous movement. In this regard, these days, Andres Arauz toured the Amazon and had the opportunity to meet with Jaime Vargas, who as you may recall had much prominence in April 2019 in the national strike, specifically for being a leading figure in the indigenous movement. On Wednesday in Andres’ tour of the Amazon, he went to see the leader and that shows signs that popular support is being generated.

What is certain is that the binomial of hope leads the polls. So far, there is talk of winning in the first round, and people continue campaigning tirelessly, because in the end this election is basically a decision between life and death. Between this political life that Moreno had accustomed us to during his 4 years and the hope of getting a job again, to guarantee the lives of Ecuadorian men and women and above all to strengthen the weakened public health system and to turn back the massive layoffs that occurred during the pandemic.

In the statements he has made lately, Andres Arauz said that he will not give in to the imposition of the agreements of the International Monetary Fund (IMF) signed by Lenin Moreno, and we are talking about a seizure, practically, of the Ecuadorian economy by the IMF.

Exactly, in fact, from the social movements there are alerts, the current government is proposing a privatization of the Ecuadorian Central Bank, since this would mean the loss of autonomy for the Ecuadorian economy. The businessmen and bankers would assume absolute control of the only public bastion of the country’s economy. The privatization of the Ecuadorian Institute of Social Security is being discussed prior to the end of the government, and on May 24 the new cabinet will be presented. This means more misery for the people and also the implementation of a health system like the one in Chile. That is why this election is so decisive.

Andres Arauz has said, on several occasions, and he confirmed it in the debate organized by the National Electoral Council, that he was not going to concede to the IMF negotiations. Thus, if the IMF will assume Ecuadorian sovereignty as its main premise. We are not going to be extorted with regard to the loan that is currently being negotiated between the IMF and Ecuador. There is no possibility of giving in. Yet, in the face of a depressed economy, where small and medium-sized companies are the ones that have basically suffered the onslaught of the pandemic, it should also be mentioned that the Moreno government made a payment of two billion dollars in the midst of the pandemic through the Minister of Finance. This is what is causing the support in the streets to continue increasing towards the binomial of hope.

What interests do Arauz’s rivals represent, I mean Guillermo Lazo or Carlos Perez?

The first, for comrades who are not clear in the panorama, is that Carlos Perez calls himself “Yaku”, indigenizing and folklorizing his name to get those votes. Both he and Guillermo Lasso, governed with Moreno, they were involved in the scarce distribution of medical supplies in hospitals in the midst of the pandemic. They have also been an international scandal because the president trafficked medical supplies during the pandemic and Guillermo Lasso has been part of that trafficking. He is responsible for the disgrace suffered by the people with Lenin Moreno. On his part, Carlos Perez in the debate held by the National Electoral Council, ratified that if it is possible for them to come to government they will sustain the bilateral relationship with the United States, because he also believes that it is essential to have that relationship, because they are significant. But we know that they have brought only death.

In terms of foreign policy, what is Andrés Arauz proposing, how are the relations with the new US President Joe Biden going to be?

Andres Arauz and his cabinet are first of all proposing national sovereignty. In the debate, he stated that if we had been able to support UNASUR as a bloc, it would have been easier, for example, to acquire vaccines. Ecuador’s proposal for a knowledge society, based on the culture of Buen Vivir, would have made it more feasible to negotiate the purchase of vaccines on a basis of South-South equality, because of all that we share both socially and politically. However, due to the inequality of Ecuador’s relationship, this week 12,000 vaccines were delivered for 18 million inhabitants. Of the 12,000 vaccines, the majority were involved in corruption scandals, because it was also known by the commercial media that members of the circle close to the Minister of Health were the ones who received the vaccines, including his mother, his brothers who are also executives of large companies that are part of the economic circle of Ecuador. In this sense, Andres Arauz appeals to internationalism, to the relationship of respect and sovereignty, and emphasizes the latter, to be able to revive UNASUR and the mechanisms of relationship between the peoples of our America. With respect to the United States, he proposes an agreement basically of coexistence, and to not generate more expectations.