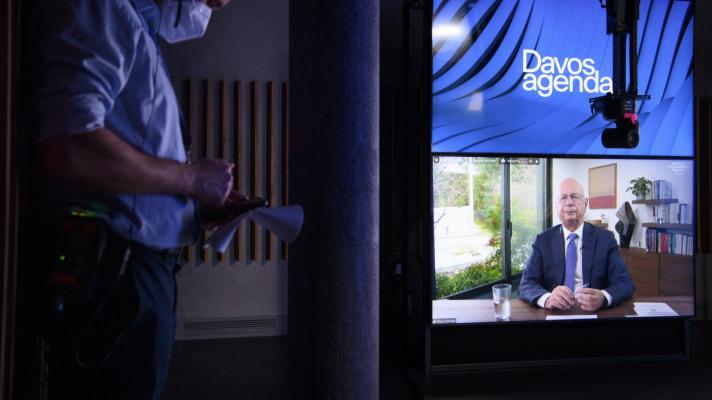 Last Sunday, January 24, the founder and executive chairman of the World Economic Forum (WEF), Klaus Schwab, welcomed more than 2,000 businessmen and 25 political leaders from around the world to the Davos Agenda 2021 by videoconference.

A new multilateral system at the service of whose needs? Or is it a question of resizing the multi-stakeholder system, which is explained below?

This question arises because, since 2009, Schwab, together with other experts in the field, created a project entitled “The Global Redesign Initiative” to supposedly formulate the new global governance, but framed in the multi-stakeholder system, as it is well known, or in English: “multiple stakeholders”. Thus, intergovernmental decisions would be replaced by a dynamic in which the corporate, governmental, academic, religious, civil organizations and media spheres are combined.

By comparison, the existing multilateral system of nation-states is fundamentally different from a framework that places transnational companies at the center of power.

According to that Davos Forum proposal, the multi-stakeholder governance system could even be used to replace governments when a core group of executives or entrepreneurs from transnationals or large companies decide that they could be effective on their own terms in addressing a global challenge.

Does Schwab’s call at the opening of this year’s Davos refer to a replacement of multilateralism as we know it today?

Recent highlights of the Davos Forum

Every year since the 1970s, this select forum meets, according to its original manifesto, under the general purpose of global business to adjust its strategies in order to serve shareholders, customers, workers and, of course, stakeholders. Furthermore, in meeting the objectives set, corporate agents must ensure the long-term existence of the company, and this can only be achieved with sufficient profitability.

That charter changed on the eve of their 50th anniversary: in 2019 they announced the mutation of their manifesto, which is now entitled “The Universal Purpose of a Company in the Fourth Industrial Revolution.” The change in objectives is not profound, as they reaffirm their support of the stakeholder-centered capitalist model, it is the foundation of the Forum, without half measures. They only add new categories such as globalization, digital ecosystem and environmental care.

The concept of the Fourth Industrial Revolution was coined by Schwab in 2016, considering that “the fourth industrial revolution is not defined by a set of emerging technologies per se, but by the transition to new systems that are built on the infrastructure of the digital revolution.” For Schwab, it is about speed, scope and impact of systems.

It is worth remembering that in that same year, in 2016, billionaire speculator George Soros, in an interview for Bloomberg TV, commented that China’s economy would experience a turnaround that would contribute to global deflation; “a hard landing is practically inevitable,” Soros said in an attempt to generate not-so-eloquent propaganda targeting China.

A year later, Schwab opened the doors of its exclusive forum to Chinese President Xi Jinping, the first president of the Asian giant to attend the annual Davos summit.

After the endless verbal attacks and trade war by Donald Trump’s administration against China, the positioning of each of these countries on the current geopolitical chessboard, in terms of handling the covid-19 pandemic, economic recovery and vaccine distribution, is evident.

At the Davos Forum, Chinese President Xi Jinping delivered a masterful speech, expressing first of all that the world will never go back to the way it was and, as such, described four tasks to be faced. Namely:

The Chinese President reinforced the idea of continuing to defend multilateralism, explaining that this term refers to the management of international affairs, which must be decided by all working together, and is necessary to avoid a new Cold War that would lead the world to a dead end. He called on the international community to defend peace and international law, also defending the United Nations Charter.

A speech alien to the multi-stakeholder projects of Davos, when it comes to multilateralism, as President Xi Jinping emphasized that “international governance should be based on the rules and consensus reached among us, not on the order given by one or a few”, concluding that “selective multilateralism” should not be our option. A clear reference to the usual U.S. policies.

Finally, he pointed out China’s commitments to the world, showing a total transformation in international relations.

With the lines expressed by the Chinese president, plus the remarkable actions of that country in the management of the pandemic, by prioritizing the health of its population above its macroeconomic dynamics, it shows the responsiveness of the Asian giant and its position in global geopolitics. In this way, Western proposals, such as those promoted by Davos, continue to fall short of the great challenges facing humanity.

Within the framework of the Fourth Industrial Revolution, the relevance and controversy regarding technological advances has focused on Artificial Intelligence (AI).

At the Davos Forum, from a few years ago until today, job automation has always been present in the conversations. In 2018, the Forum’s report on the future of employment considered that over the next four years, i.e. already for this new decade, more than 75 million jobs would be lost globally as companies shift towards more automation.

In other words, he foresaw massive changes in the global workforce as companies expand the use of artificial intelligence and automation in their operations.

However, they resort to sugarcoating the impressions left by these figures, giving an encouraging message that, while these jobs would be lost to the detriment of the existing global workforce, more than 100 million jobs would be created as companies develop a new division of labor between people and machines. According to the report, there is a need for the workforce to retrain and upgrade their skills to avoid a “lose-lose” scenario.

Mohit Joshi, president of the company that supports the automation of labor operations, Infosys, explains that the huge benefits promised by AI have driven large-scale adoption of the technology. For Joshi, global business investment in AI could reach $110 billion by 2024.

Likewise, a 2017 survey by Deloitte found that 53% of companies globally had already started using machines to perform tasks previously done by humans and that they expect year on year the number to increase.

Let Jeff Bezos, CEO of Amazon with steeply rising capital during the pandemic, who has invested in both AI-using companies and Amazon’s push into that technology to further develop its algorithms with sales forecasts, say so.

Around the world, large entrepreneurs are investing billions of dollars to transform their businesses into digitized and highly automated operations, because they are undoubtedly making large profit margins.

The founding elite of Davos is swimming in these waters, as Schwab’s fourth point in his welcome speech last Sunday was to emphasize the importance of new technologies, as their acceleration during the pandemic has become evident.

Jacques Attali, French economist, pointed out in his book La voie humaine that only 22 countries account for half of world trade and more than half of global investment. The real polarization is that 90% of the planet’s total wealth remains in the hands of less than 1% of its inhabitants.

Those who build the architecture of Davos safeguard the essence of the objectives: to maintain capitalism with all its mutations; however, the global health crisis exposed the ruptures of the system.