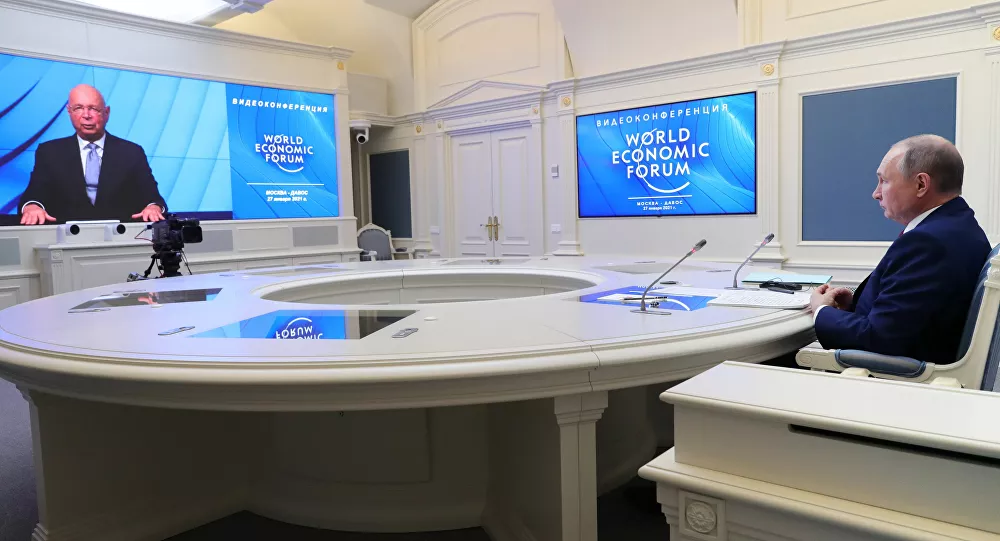 “The era of trying to build a unipolar world is over,” Russian President Vladimir Putin said at this year’s virtual World Economic Forum in Davos.

“Obviously, the era associated with attempts to build a unipolar, centralized world order (…) has ended. But, in reality, it did not begin. Only one attempt in this direction was undertaken. But that too has passed,” the Russian president added.

“Such a monopoly by its nature went against the historical cultural plurality of our civilization,” Putin specified.

The Russian president also stressed that it is unacceptable to pass off unilateral actions as legitimate at the international level.

He added that instead, multilateral approaches, such as the Astana Format on Syria, work well to resolve conflicts.

“Multilateral approaches really work, practice shows that. I remember that, for example, within the Astana Format, Russia, Iran, Turkey have done a lot to stabilize the situation in Syria,” he pointed out.

Putin also stated that the coronavirus pandemic has aggravated the problems of the already existing imbalance in the world.

“This pandemic has aggravated the problems of imbalance that were already accumulating in the world,” Putin said in his telematic address.

He warned that there are risks of further growth of contradictions in almost all spheres.

In particular, he continued, “there is a possibility of facing a real collapse in world development, pregnant with the struggle of all against all”.

According to the head of state, the pandemic, which has become a serious challenge for all mankind, has affected the economy, politics and the social sphere, as well as has prompted and accelerated structural changes whose preconditions were already formed quite some time ago.

He also compared the current situation in the world with the 1930s of the last century.

“In terms of the scale and systemic nature of the challenges, potential threats, a certain analogy arises,” he noted.

The Russian leader stated that the world is currently experiencing a crisis of previous models of economic development and the increase in the splitting of society.

“This causes strong polarization of public opinion, causes the growth of populism, right-wing and left-wing radicalism and other extremes,” he added.

“It is necessary to unite and coordinate the efforts of the whole world in spreading and increasing availability (…) of the necessary vaccines against coronavirus,” Putin said.

He added that currently it is necessary to “help states, including those on the African continent”, which are experiencing problems in the fight against COVID-19.

He specified that first of all it is about need to increase the number of tests and vaccinate the population.

“We see that mass vaccination is available today mainly for citizens of developed countries, while hundreds of millions of people on the planet are deprived of even the hope of such protection,” Putin added.

He stressed that “in practice, this inequality can mean a common threat.”

Role of Russia and Europe in the future

Russia and Europe must walk together to preserve their role and culture in the world, the Russian president stated.

“I personally listened to the position of the prominent European politician, former federal chancellor [of Germany] Helmut Kohl, who said that if European culture wants to be preserved and remain one of the centers of global civilization in the future (…), Western Europe and Russia must walk together,” Putin recalled, adding that “we fully share this view and position.”

In addition, Putin stated that it is necessary to work out new multilateral mechanisms to improve cooperation between countries.

“It is necessary to adopt additional formats of interaction, I mean what is known as multilateralism,” Putin said.

Moreover, the Russian leader noted that now in the world there are different centers of development with their own models and political systems and social institutions and stressed the need to “create mechanisms to agree on their interests so that the diversity, absolutely natural competition of the poles of development does not degenerate into anarchy, into a series of protracted conflicts.”

The Russian President pointed out that to achieve this goal, it is necessary to strengthen and develop “universal institutions that are responsible for ensuring security and stability in the world, as well as for developing standards of conduct in the global economy and trade”.