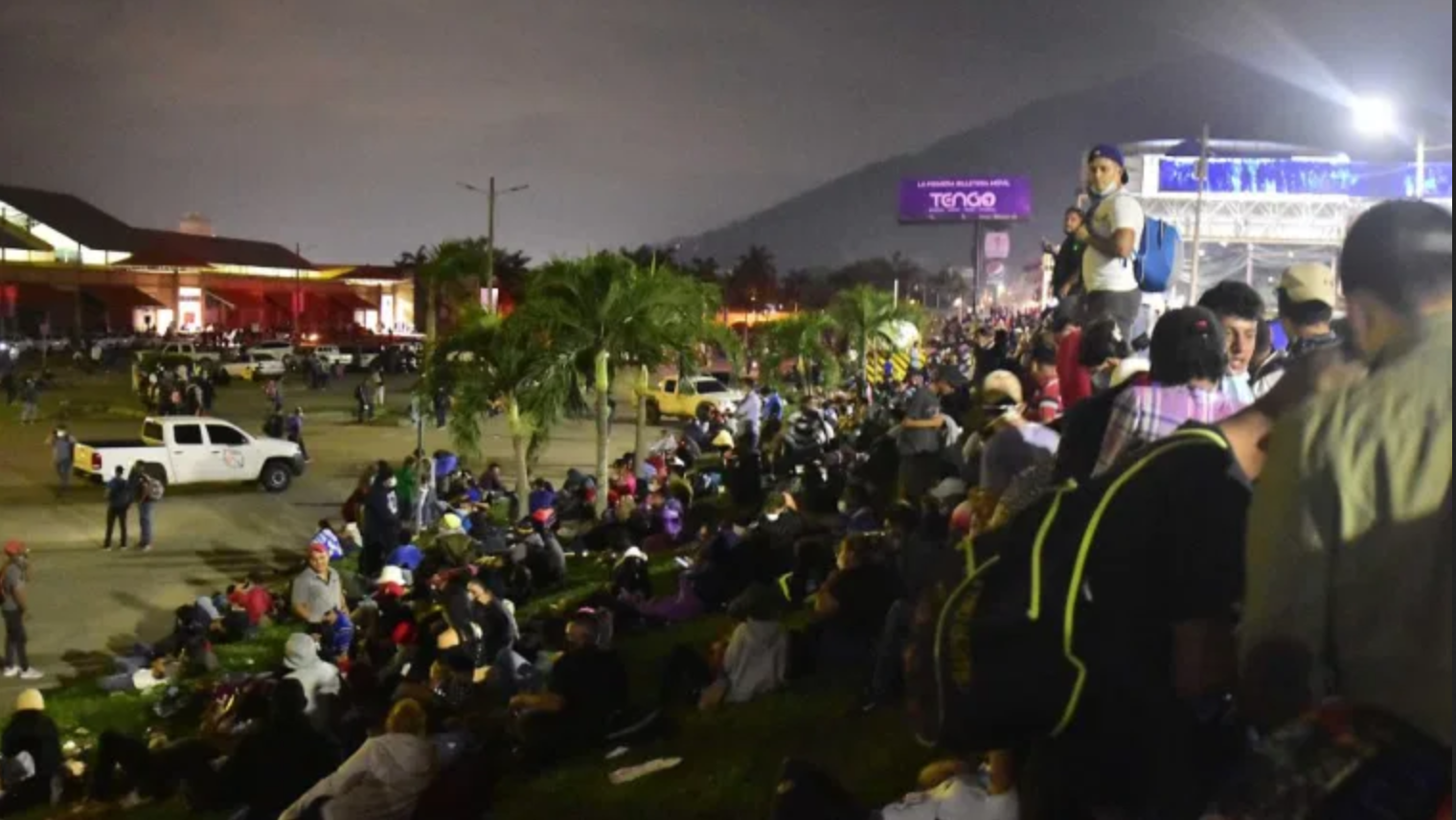 Over 3,000 Hondurans departed from the city of San Pedro Sula, Honduras, for the United States on the early morning of January 15 to escape hunger, insecurity and misery. Photo: Prensa Libre

Over 3,000 Hondurans have embarked on a perilous journey to the US in the absence of a response from the far-right government of President Juan Orlando Hernández to the socio-economic crisis in the country

Over 3,000 Hondurans departed from the city of San Pedro Sula, Honduras, in a new migrant caravan for the United States at around 4:30 am today, on January 15. Since yesterday, thousands of people from across Honduras had gathered in the city to head towards the neighboring country Guatemala, to join the group of 250 migrants that left on January 13 and continue their journey towards the US-Mexico border.

Thousands of migrants and asylum seekers crossed from #Honduras into #Guatemala tonight and are advancing under a star-filled sky.

Every year, thousands of young people, women and children set off on a perilous journey to the US with the hope to apply for humanitarian asylum there. They make about a 3-month, 4,000-km long journey, walking and sometimes traveling in trucks, passing through tropical rainforests, vast deserts, freezing highlands and hundreds of towns and cities, to escape extreme poverty, violence and lack of opportunities in their own country. In the past several years, the caravans have grown in popularity as they can shield participants from some of the dangers of making the journey in isolation.

This year, the situation in Honduras has deteriorated even further and the population has been left with little hope for how to survive due to the crisis deepened by the COVID-19 pandemic and the devastation caused by the Eta and Iota hurricanes, which struck Central American countries in November 2020. There is a chance of even more Hondurans taking on this journey and risking their lives in the absence of a response from the far-right government of President Juan Orlando Hernández (JOH) to the aggravating socio-economic crisis in the country.

In this regard, earlier this week, on January 11, the governments of Mexico, El Salvador, Guatemala, and Honduras signed an agreement to strengthen their cooperation in the face of increasing migratory flow in the midst of COVID-19 pandemic. The authorities agreed to care for, assist and protect migrants during their transit through their territories. They stressed on establishing regional alliances to reduce the causes of irregular migration. They also emphasized on the need to create new agreements with the US president-elect Joe Biden once he takes office. At the same time, the governments urged migrants seeking to reach the US to avoid exposing themselves and their children to the risks of contagion due to mass mobilizations in the time of a pandemic.

In the aftermath of the news about the new caravan, the governments of Guatemala and Mexico, that signed the “Safe-Third Country” immigration agreement with the US under threats of economic sanctions, took measures to regulate the passage of migrants.

On January 14, Guatemalan government decreed a state of prevention in seven of its departments, four bordering Honduras, for a period of 15 days starting that day. The state of prevention establishes certain limitations for the population such as outdoor meetings, public demonstrations and their dissolution by force, among other restrictions. The step has been taken to prevent the inhabitants from providing help to the migrants and avoid contagion. Guatemala requires migrants show a negative coronavirus test, in addition to an identity document.

The same day, Mexican government also deployed about 500 immigration agents on its border with Guatemala, to ensure compliance with the immigration law and sanitary measures in place due to COVID-19.

The administration of the US president Donald Trump adopted a hostile policy against these caravans and imposed harsh restrictions against undocumented migration. In the last couple of years, tens of thousands of Hondurans have joined caravans. However, many who have embarked upon the perilous journey have been deported or returned home voluntarily.