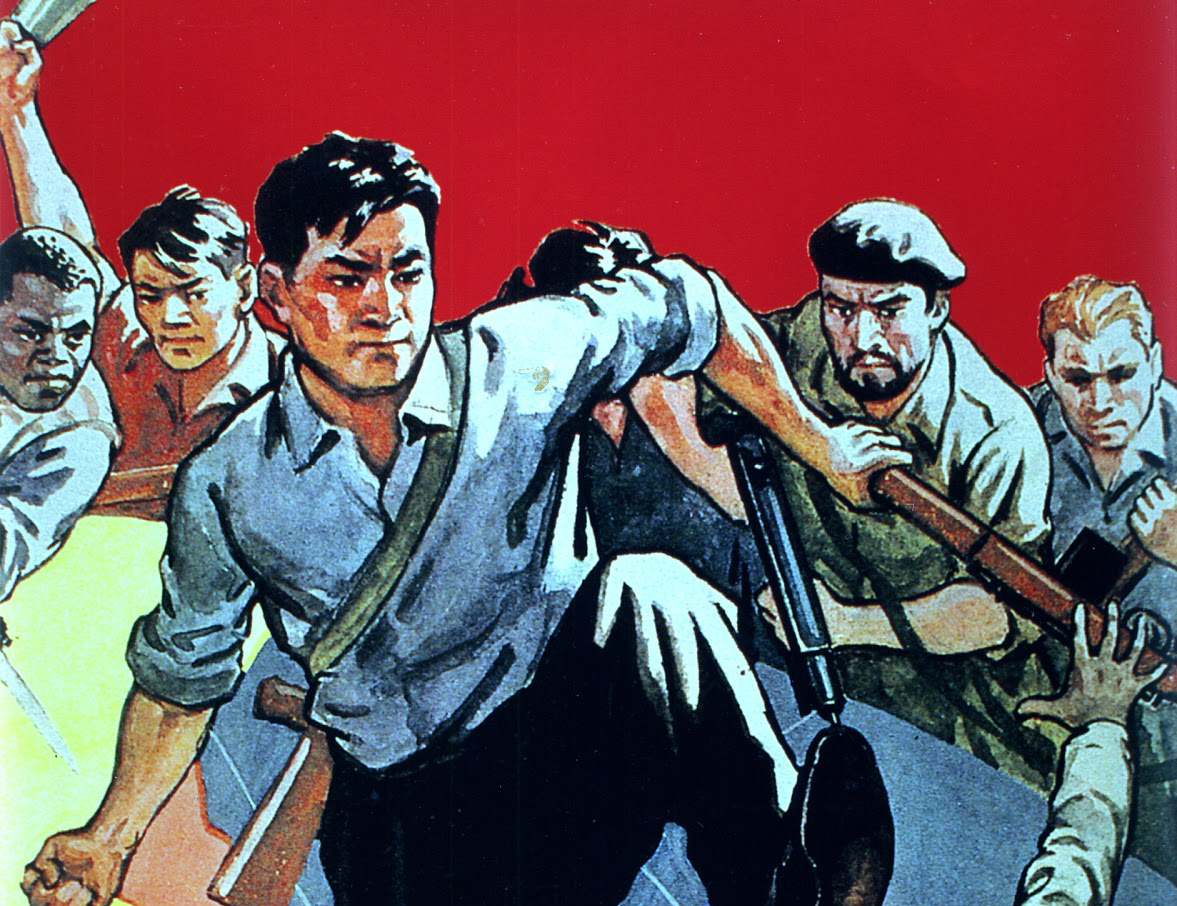 The term “anti-imperialist” gets thrown around so much today that the very definition of it is muddled up. Does opposing the wars abroad make you anti-imperialist? What about the wars here at home? Are there different kinds of anti-imperialists? Can we oppose military/political interventions while supporting economic interventions? How would they be different and how can we draw lines of demarcation between these differences?

First, let’s make clear what demarcation means. J. Moufawad-Paul describes drawing clear and decisive lines of demarcation as a militant philosophical approach to distinguish between competing interpretations within “the zones of praxis through which it cuts (Demarcation and Demystification, 2019).” In a nutshell, to be as precise as possible in our understanding of our own praxis and theory, it behooves of us to draw clear and distinct lines of differences between particular strategies and interpretations.

In the book, Philosophy of Antifascism: Punching Nazis and Fighting White Supremacy (2020), Devin Zane Shaw draws a clear line of demarcation of militant antifascism and liberal antifascism. This book provided a clear framework for me to apply the same to the anti-imperialist movement.

The term “militant” is another word which has been thrown around a lot. Today, it often gets associated with some kind of unnecessary violence, an incorrect usage of the term due to liberal propaganda. Dr. Martin Luther King Jr. practiced militant nonviolence. We can confidently say that a militant is someone who is willing to face antagonistic contradictions head on. Whether a militant uses the tactic of nonviolence or armed struggle to face an antagonistic enemy is not the question as both are militant. A labor strike can be militant. A sit-down protest can be militant. Anything can be militant as long as they are willing to face their oppressors.

Liberal anti-imperialism tends to funnel resistance back towards the institutions which are practicing imperialism, mainly the capitalist State. Essentially, they believe this State is neutral and can be won over to an anti-imperialist line. For those of us familiar with Marxist history, especially V.I. Lenin’s work in State and Revolution, understand the capitalism-imperialist state can never be won over as it is ultimately tied by a thousand threads to the capitalists and imperialists. So, liberal anti-imperialists are essentially begging a body of parasites to stop being parasitic. This is akin to requesting a human to stop drinking water or for the Earth to stop revolving around the Sun.

The liberal anti-imperialists tend to denounce nearly all militant forms of resistance to imperialism, such as People’s Wars in the Global South, when black and brown people destroy property or march with weapons or anything that they construe as “too far” or “too militant.”. In the end, liberal anti-imperialists adhere to a faith in the institutions of government. Much of their faith relies on voting imperialism out of existence. The typical pattern for them is to not only denounce imperialism, but also stigmatize the militant anti-imperialists. How can one say no to the oppressor but also say no to the oppressed? Anyone who opposes liberal ways must be opposed against themselves; this is the liberal mentality.

A fundamental and detrimental mistake made by liberal anti-imperialist is taking the tactic of nonviolence and upholding it as a principle. This is the reason why liberals sit on the sideline as people are murdered in the street and bombed by drones from the sky. Kwame Ture taught us a valuable lesson in a speech where he said,

“We must not confuse tactics with principles. This is an error that Dr. MLK made, and it also helps to confound the error. Dr. King took nonviolence, which is a tactic, and made it a principle. Being an honest man he came to compound his error because being an honest man he couldn’t compromise this principle, so he was forced to say ‘at all times, under all conditions, we must use nonviolence’. Malcolm X was correct. Malcolm said ‘nonviolence can only be a principle in a nonviolent world’, as MLK’s death came to prove.” (Kwame Ture speech at Florida International University, 1992)

The purpose of demarcation here is to force open the terrain of a radical, even revolutionary, militant left that goes beyond a parliamentary struggle. Also in doing so, we can mark the terrain for effective movement building. Despite having some gains in exposing the brutality of imperialism, liberal anti-imperialism will ultimately fail. When it does fail, a militant anti-imperialist movement will offer a new option for people to compete against this failure.

I want to stress the importance in one of the differences in these trends. Liberal anti-imperialists deny the existence of militant struggles against imperialism, here and abroad. This fundamental outlook leads to the whitewashing of history and current movements around the world. It explains the limitations and failures of the mainstream “anti-imperialist” movement. They disconnect from the militant struggles and, therefore, are demarcating themselves from actual and effective anti-imperialist movements. In my experience, it’s often the pacifists who are the first to censure, and even condemn, movements which choose to pick up the gun, burn a facility down or even dress up in military fatigues. This is intrinsically tied to the idea of holding nonviolence as a principle.

Is it really anti-imperialist? Anti-imperialism is just as much about opposing the Coca-Cola factory in Iraq as it is in opposing the bombs being dropped. Economic intervention is just as important as a military/political intervention. Imperialism is primarily an economic system, where the more powerful nations exploit, or super-exploit, the less powerful nations. Often, it is about stealing resources but also other reasons like geopolitics. Nonetheless, imperialism maintains an unequal economic, cultural and territorial relationships between nations and capitalist enterprises, often in the form of empire, based on domination and subordination.

In our universities, the bourgeois academics develop the ideology for the imperialists. One method involves disassociating politics from economics. To understand more precisely and in a more holistic manner of our world, we require the more accurate term, political economy. Politics and economics are intrinsically tied to each other. The military intervention invades in order to protect the economic system of exploitation and super-exploitation. In our era, the Global North exploits the Global South for its resources and to play on the grand chessboard of hegemony. This is only made possible with a powerful capitalist state.