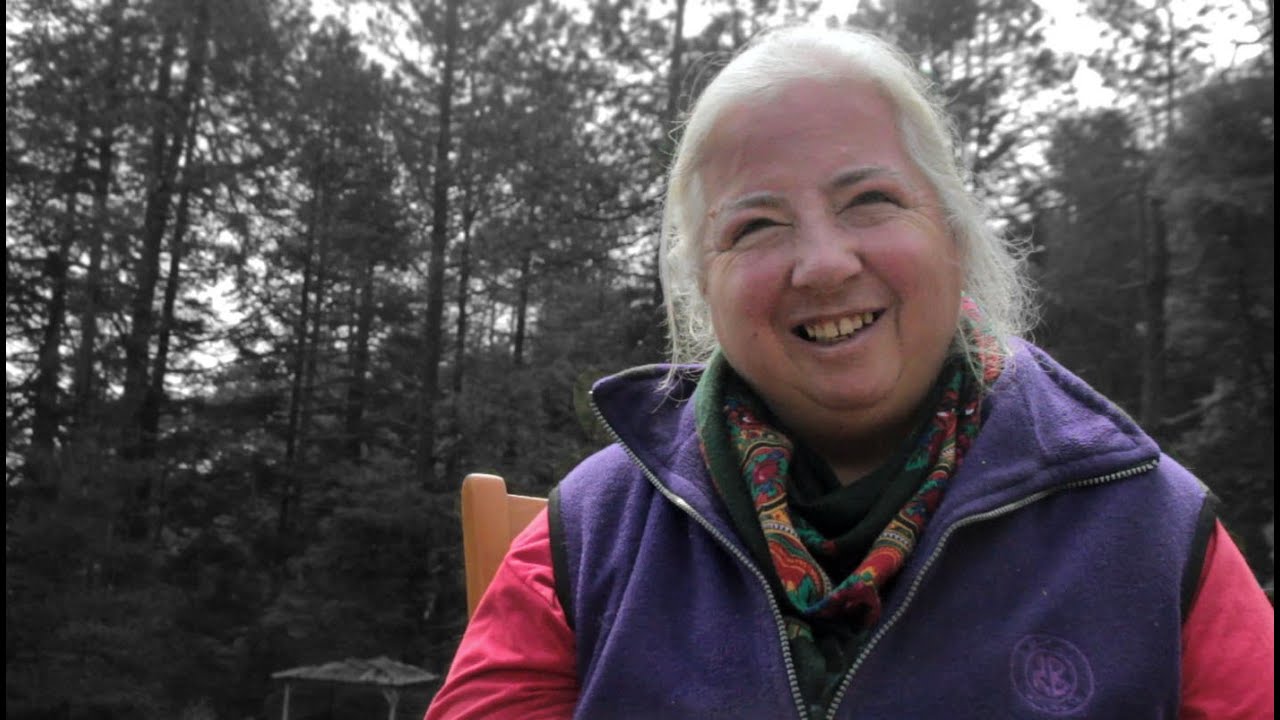 From November 25 to December 10, days of activism for non-violence against women and girls are celebrated in Cuba. In this context, Granma spoke with Claudia Korol, Argentine journalist, popular educator, feminist, Marxist and anti-colonialist, who is involved in Feminists of Abya Yala, and is coordinator and author of valuable books on the subject.

What characterizes gender violence in the region and what is its relationship to the structural violence of capitalism that also affects broad sectors of women?

Gender violence is a structural mechanism that reproduces the system of patriarchal oppression-the domination of men over the lives and bodies of women and sexual dissidents.

The patriarchy in Our America has close ties to the system of capitalist, imperialist and colonialist exploitation. Community feminists have shown how Western patriarchy, established by blood and fire with conquest and colonization, reinforced the patriarchy that existed in native communities. Colonialism, slavery, and servitude have been sealed in the Abya Yala with sexual violence, transforming the bodies of women into war trophies.

The violence was changing in its expressions, but it continues to this day. They have their maximum manifestation in the feminicides, the murder of women because of their position as women, but they cover a wide range of violence that precedes and justifies it. The patriarchy is a system of domination that preceded capitalism, but that has been aggravated when combined with it, because the sexual division of labor has increased the alienation of women, overexploitation and labor precarization, the invisible work that is done daily in the homes, as well as the many community tasks that fall mainly on women, while at the same time gaps are generated in the economic remuneration of work compared to men, the intensity of care tasks, difficulties in accessing housing, health, education, work. All of these factors have been exacerbated by the pandemic.

The situation was also aggravated in the indigenous and peasant territories, inhabited by communities that defend the common goods, nature, and the environment, due to the policies of looting, contamination, and destruction carried out by the transnationals, and by local companies. Women are in the first line of defense of the territories. That is why all kinds of violence, threats, intimidation, discredit, blackmail are directed against them, and if they cannot be defeated, the system turns to crime, to political femicide, as we have seen in the cases of Berta Cáceres (Honduras), leader of Copinh, killed in 2016), Macarena Valdés (Chile, killed in 2016), Marielle Franco (Brazil, killed in 2018) and Cristina Bautista (Colombia, killed in 2019), among many defenders of land and territory, dead, threatened, imprisoned.

Peasant women face the violence of lack of access to land, and the lack of credit – which in a very high percentage is given to men. Indigenous women suffer evictions from their territories, and are pushed into migration.

Women’s prisons in our countries are full of women and impoverished sexual dissidents who have been punished with the loss of their freedom. The criminalization of poverty is the perfect complement to the structural policies of capitalist and colonial patriarchy. Migrant women forced by desperation to move within their bodies of drugs, at the risk of their own lives, are crowded into prisons, where we never find any drug trafficking bosses. The criminalization of poverty also has other faces, such as the imprisonment of women who risk clandestine abortions, because in many of our countries we have not yet achieved legalization, while women with money abort in private clinics.

The combination of violence places women – and sexual dissidents – in conditions of extreme vulnerability and limited possibilities of exercising basic rights, such as food, housing, health, life. In the context of capitalism all rights, and all dimensions of life – water, land, rivers, lakes, seeds – have become commodities and consequently, in many cases, are inaccessible to people”.

Feminism is not a homogeneous block. What distinguishes anti-capitalist, anti-colonial, anti-system feminisms from the peoples in their struggle?

For popular, indigenous, community, black, Afro-descendant, villager, migrant, and worker feminisms, the fight against gender violence cannot be resolved only with an alert system or shelters, which omit the need for structural transformations that ensure all rights to the women of the people, and to the dissidents of the hetero patriarchy. While these mechanisms may be temporarily necessary, they do not solve the underlying problem. Liberal feminisms propose a “every man for himself” approach.

From popular feminisms, we understand that there are no individual ways out. We need to strengthen the collective, community, solidarity, feminist and popular power networks in order to find concrete alternatives to violence.

In synthesis, there is a great difference between popular feminisms and liberal feminisms: the first understand that there is no real solution to the violence that we suffer as women and as peoples, without anti-capitalist, anti-colonial, anti-patriarchal, anti-imperialist, feminist and socialist revolutions; the second are disputing a quota of power within the system of oppression. Thus their achievements become privileges that oppress other women, or that disregard their pain, their struggle, their efforts to survive.

There are organizations, such as the Open Society, that fund leaders, projects to capitalize on the struggle for women’s rights in terms of a political agenda that is in the best interests of the U.S. What do you see as the greatest strengths and challenges ahead in that regard?

-Popular feminists reject organizations such as the Open Society or the Rockefeller Foundation, and “leaders” who disguise themselves as benefactors – like George Soros-, because we know them as actors of North American politics who seek the manipulation of a liberal activism, preferably young, from sectors that raise the discourse of freedom, in opposition to the collective struggles of the people. It is not really new, nor are we surprised by their modes of action.

We know that these tycoons are financing activism to destabilize revolutions, as in Cuba, and that they are trying to disguise it as “humanitarian actions,” behind the flags of human rights, and now of feminist or ecological struggles. It is money invested in the counter-revolution, which seeks to “detach itself” from its most rancid sectors, in order to flaunt the pale colors of post-modernity. It is the attempt to colonize subjectivities, and especially the manipulation of those who break into the political struggle without memory of previous experiences. Access to social networks, their immediacy, their impunity, facilitate these modes of intervention.

In our countries, their actions tend to stimulate liberal and individualistic feminisms, breaking movements, networks and solidarities. But we are not confused. The historical memory of the women of the people teaches us: one, to know how the enemies act and, in particular, the agencies linked to the intelligence of the USA; two, to know that human rights, the rights of women, of dissidents, the rights of nature, are going to be defended by the peoples in struggle; and three, that we are not going to end nor mitigate the structural violence without anti-patriarchal, anti-capitalist and anti-colonial revolutions, because these systems of exploitation, oppression and domination are the sources of them.

We popular feminists demand the revolutions that our peoples have been carrying out in Our America. anti-slavery revolutions, independence revolutions, revolutions of national liberation, of the good life, socialist revolutions. In these times the feminist dimension of these revolutions is opening up with great force. We know that in all revolutionary processes there are imperfections, but they do not justify encouraging counter-revolutions, destabilizations, coups d’état. We defend what has been conquered and created by our peoples, we are part of those processes, we question the conservative aspects that coexist in our experiences and we struggle to modify them, but we close the doors to gringo intervention in all of its forms.

The Revolution has been a key process for the emancipation of Cuban women. From your approach to that reality and trajectory as a feminist fighter, how do you value this experience?

As I wrote in a text, I feel a sisterhood with the Cuban Revolution. We were born almost at the same time. We became literate almost at the same time. Everything I can say or write about it is permeated by “a deep feeling of love. I have always known of your unlimited solidarity with our struggles. Women torn apart by Latin American dictatorships have always found in Cuba refuge, care and the possibility of rebuilding. I am not unaware that in Cuba there is machismo, homophobia, transphobia, various forms of patriarchal violence. I know that not everything that is done to change it is enough. But I have full confidence in the Cuban people, in their organizations, in their culture, in their capacity to overcome. I have no doubt that they will know how to make the necessary changes so that socialism becomes more feminist, so that the Revolution deepens its anti-patriarchal character, and so that the feminism of Abya Yala has in the Cuban star, as it always had, a collective heartbeat that makes the feminist tide of the continent fall in love with its socialist and internationalist heart. 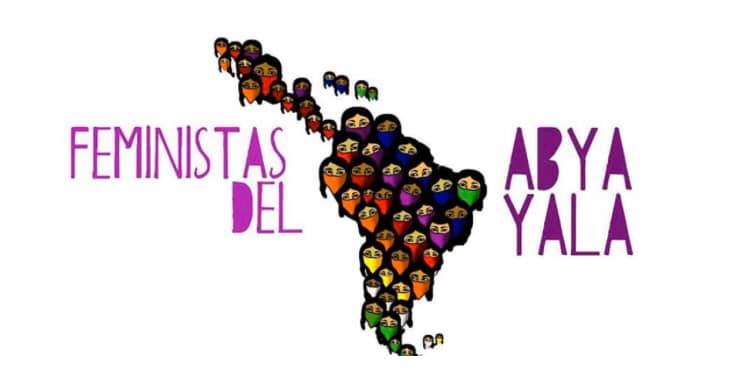