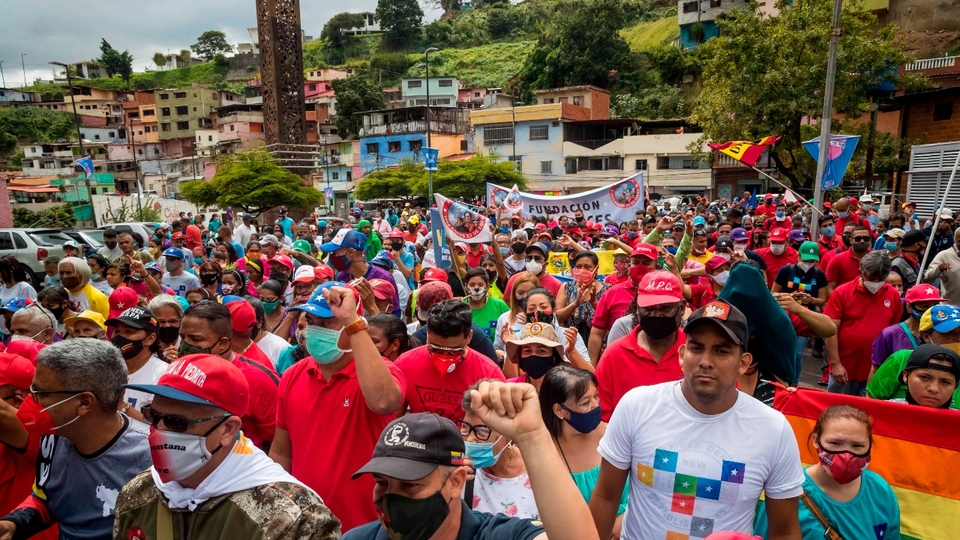 On Sunday, December 6, legislative elections will be held in Venezuela, one of the most important in the country in the current political context. On that day, more than 30,000 voting tables will be set up in more than 14,200 electoral centers, as announced by the National Electoral Council this Sunday during a new day of auditing of the voting machines.

The implications of the results will be varied. A new majority will be at stake within the National Assembly disputed between Chavismo, through the United Socialist Party of Venezuela, and the alliance of the Great Patriotic Pole, the so called Popular Revolutionary Alliance, and a heterogeneous opposition composed of different forces, such as Avanza Progresista, Solutions for Venezuela, El Cambio, Venezuela First, Movement to Socialism, and part of Acción Democrática.

On the other hand, it will be about the renewal of one of the powers that was at the center of the conflict and political destabilization. It was from the National Assembly that the opposition tried to declare the “abandonment of office” of Nicolás Maduro in 2016, which opened the doors to the escalation that followed in 2017. It was also from there that the “interim presidency” of Juan Guaidó was constructed in January 2019.

Unlike 2016, 2017 and 2019, when there was a unified space for the majority of the opposition, the current legislative elections present an image of an opposition divided between those who will participate on December 6 and those who will not, subdivided in turn between those who still rally around the figure of Guaidó, and the parties and leaders who have critically distanced themselves.

The sector headed by Guaidó is campaigning to carry out what it has called a “popular consultation”, announced for December 12. The consultation will have three questions: Do you demand the end of the usurpation of the presidency by Nicolás Maduro and call for free, fair and verifiable presidential and parliamentary elections? Do you reject the event of December 6 and ask the international community to ignore it? Do you demand that the necessary steps be taken before the international community to activate cooperation, accompaniment and assistance to rescue our democracy?

Each block will have a lot at stake with the results. The Guaidó bloc will have to demonstrate that it still has social support after almost two years of a marked process of loss of strength. The success or failure of the consultation will be central to what will follow in 2021, in particular because, since he will no longer be in the Assembly, his “interim presidency” will not have the support on which his fiction was based.

The opposition sector that chose to participate must show that it is indeed an actor with political capital and support in votes, in order to occupy the space of the new Venezuelan opposition after the defeat of those who remain with Guaidó and the coup strategy.

As for Chavismo, its aim will be not only to achieve a legislative majority and confirm its social support, but also to have a high level of participation in order to grant greater legitimacy to the election, both domestically and internationally, where it will have the recognition of several governments, like those of Mexico, Bolivia, Argentina, Russia and China, but not that of others, like the United States (US) – that tried to prevent the election – the European Union and several right-wing governments in Latin America.

One such change will be made by the new U.S. administration, under President Joe Biden, who takes office in January.

It is too early to say what policies the new government will take under the State Department, which will be headed by Antony Blinken, who was involved in foreign policy under Barack Obama. However, it seems likely that there will be changes, in view, for example, of different analyses published in the media and Democratic think tanks, which maintain that the strategy – or lack thereof – deployed by Donald Trump to overthrow Maduro did not achieve its objective.

Although Guaidó’s recognition has been bipartisan in the U.S. from the beginning, the situation is likely to change, and in that context, a poor performance in the “popular consultation” would move Guaidó further away from centrality in future architecture built from Washington.

A main point in the debate on possible changes will be centered on the economic blockade, criticized within Venezuela by political, business and social actors, and questioned from the US for its lack of effectiveness. Could the Biden administration make it more flexible to negotiate intermediate points other than Maduro’s immediate exit from political power? There is a question prior to that: what will be the priority that Venezuela will have within the post-Trump US foreign policy?

The legislative elections carry the possibility of being a watershed in a conflict that seems at times to repeat itself on the surface, but has profound modifications outside of the chamber, in a country beset by an economic situation that has once again been hit by a rise in the dollar from nearly 700 thousand bolivars to 1 million 200 thousand in a few days, approaching the numbers of 2018, when the reconversion of the monetary system took place.