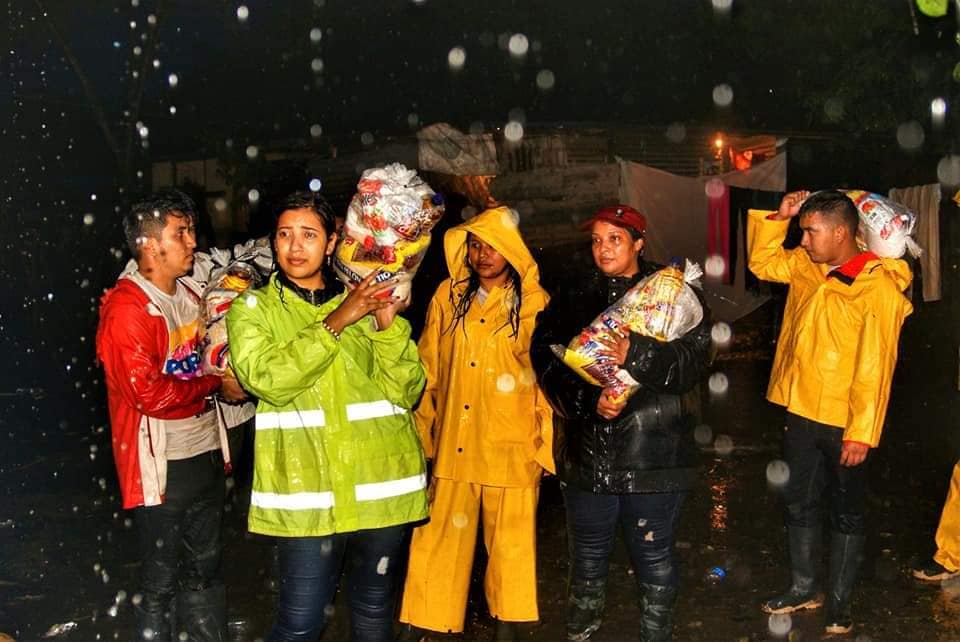 Two consecutive hurricanes, one after the other. First Eta, then Iota. The second is the strongest one to hit Nicaragua in 40 years.

Before they both entered the country, the entire organized force of the Nicaraguan people was deployed, under the leadership of its vanguard, the FSLN, and the leading participation of its youth arm, the 19 de Julio Sandinista Youth, in a gigantic mobilization promoted and led by our government and its institutions, to protect the lives of the inhabitants of the areas in danger not only from the hurricane, but from the subsequent rains, which have caused flooding, landslides and mudslides. 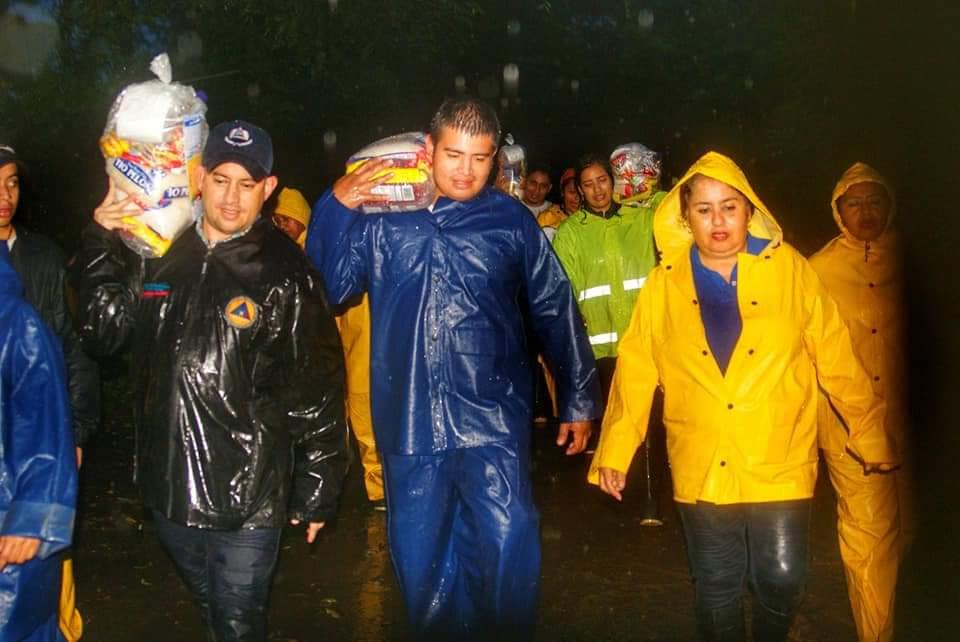 In the days prior to both meteorological phenomena, a contingent of 40,000 volunteers were mobilized, forming rescue brigades and medical brigades, and a supply of all types of clothing, mattresses, and plastics, as well as food and medicine, was made available for the subsequent victims in large caravans mobilized under the orders and direction of our President, Commander Daniel Ortega, with the invaluable support of comrade Rosario Murillo in the coordination and control of the entire operation, as well as the corresponding institutions, such as the National System for the Prevention of Disasters, the National Institute of Territorial Studies, the Ministry of Health, the Ministry of Family, Cooperative, Community and Associative Economy, among others.

Similarly, 60,000 people living in risk areas were evacuated and placed in hundreds of safe shelters that had been prepared for that purpose. At the moment of maximum danger more than 100,000 brigadistas were mobilized and 160,000 people were evacuated, who were placed in 1,195 shelters and 2,300 solidarity homes made available by the organized people under the leadership of their revolutionary vanguard and their government.

The first hurricane, Eta, caused no deaths, which is a sign of the effectiveness of this revolutionary model, of this project of life of the Nicaraguan people.

The second, Iota, stronger and with the potential to cause thousands of fatalities, resulted in 18 deaths, among them several children, a cause of profound pain in the great Nicaraguan family. Unfortunately, all of the deaths were linked to disregard for the guidelines for relocation, evacuation and remaining in the shelters, which indicates the importance in situations such as these, of complying with the guidelines.

The Sandinistas and the Right 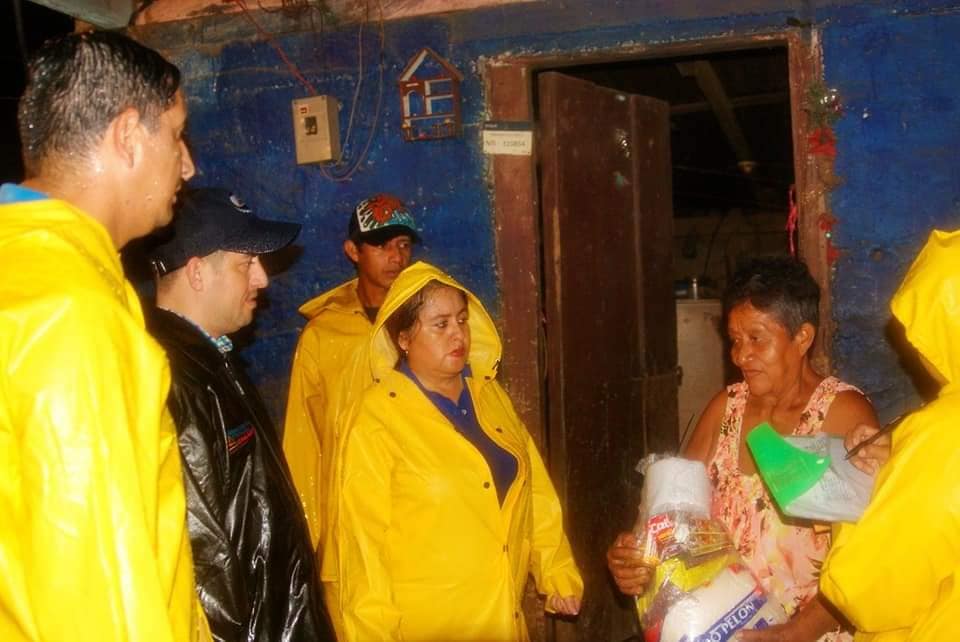 The commitment of our revolutionary government, our Sandinista government, our Government of National Reconciliation and Unity, with the Nicaraguan people who are the subjects of power in our political model, Sandinismo. There is a marked contrast between these characteristics and the total absence of sensitivity to the calamities suffered by our people in the face of natural disasters, shown by the right-wing governments in the 1990s and shortly thereafter.

The most emblematic case is the landslide on the Casitas volcano in the municipality of Posoltega, caused by Hurricane Mitch in 1997, whose tragic consequences, along with the thousands of deaths that occurred, were the result of the criminal negligence of the liberal government in power, which had been publicly warned of the danger by the Sandinista Mayor of Posoltega, our remembered colleague Felícita Zeledón.

There is also a clear contrast between the attitude of the FSLN when it was in opposition to these emergency situations, and that of the current opposition. The FSLN, while in opposition, always had its entire organized militancy ready to face these calamities, providing assistance and protection to our people. Because Sandinismo is the maximum organized expression of the Nicaraguan people, and even when we were not the government, we organized throughout the national territory the rescue and medical brigades, made up of thousands of Sandinista militants, something that the right wing is incapable of doing even as a government, much less as the opposition.

At present, while the people are suffering the onslaughts of these hurricanes, that same right wing does nothing but continue to disseminate its poison charged with an irrational hatred that it tries unsuccessfully to inoculate in the souls of the people, or they dedicate themselves to false fund-raising in order to steal, as they also did during Hurricane Mitch, for the purpose of making people think that the government is doing nothing. But no one can block the sun with a finger.

Finally, it is worth mentioning that these phenomena are not natural, since they in no way correspond to the current season and are closely linked to the climate change caused by the irrationality that is characteristic of industrial development in capitalism.

This development has been carried out through the voracious, uncontrolled and chaotic exploitation by the industrialized powers of the natural resources usurped from the rest of the world. The peoples of the planet have been victims of imperialist oppression which had its origin in the wars of conquest and colonization with which the bases of capitalist development were established on a global level, which sustained the rise of imperialism.

The United States, its greatest power, even has a President who refuses to recognize the problem of climate change, thereby becoming a major threat to humanity. While there is no reason to get our hopes up about his successor, at least he is supposed to bring his country back into some treaties that aim to reduce the disastrous contribution they themselves have made to global pollution. By the way: the United States is the most polluting state on the planet. Even in that it has made life impossible for the world and in this case, for the human species.

All this reminds me of a television series for children and adolescents that I watched during my childhood in Cuba in the 1970s. It was a series based on a book that narrated the life of one of the most outstanding Russian revolutionary leaders of the early 20th century, the main hero of the civil war won by the Bolsheviks immediately after the triumph of the Socialist Revolution in Russia, the first in history, and I remember that it was also bedtime reading for my father. The main hero was Mikhail Frunze, and the book was called -as was the TV series- “In the Face of all Hurricanes”.

This is also the title of the history of Sandinismo and of the Nicaraguan people in their struggle for a Free Nicaragua, for this New Nicaragua that we have been building since the revolutionary triumph of 1979 and for which Augusto C. Sandino had fought for half a century before, and the FSLN under the leadership of Carlos Fonseca two decades earlier.

The life of Carlos Fonseca, like that of the hero protagonist of that book, and like that of our leader, Commander Daniel Ortega, could also be written with a book with that title.

Sandino, calling them, by their name, the imperialists of the Earth, prophesied the worldwide Proletarian Explosion which sooner or later will end that hurricane of oppression and exploitation which we have been facing and defeating, so that, as our lucid General and National Hero also literally said, there will be justice and as a consequence, there will be peace on earth and the kingdom of Love will remain forever.