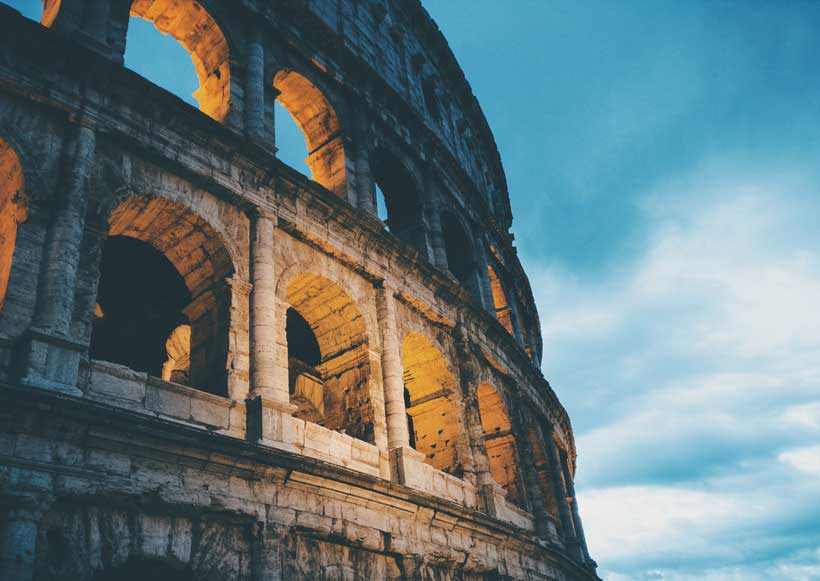 The covid-19, or coronavirus-19, virus didn’t start in Wuhan China in December 2019, as has been widely reported till now. This new or “novel” virus was first infecting people in Italy, by no later than September 2019, according to researchers at the Italian Association for Cancer Research, and published on November 11th, as Current Research, by the National Tumors Institute of the Italian Ministry of Health.

This study is titled “Unexpected detection of SARS-CoV-2 antibodies in the pre-pandemic period in Italy”. It reports that:

“The first surge of positive cases was identified in September-October 2019. Evaluation of anti-SARS-CoV-2 functional NAbs identified positive samples in CPE-based microneutralization tests already collected in October 2019. Given the temporal delay between infection and antibody synthesis, these results indicate that the virus circulated in Italy well before the detection of the declared index patient in February 2020. In addition, most of the first antibody-positive individuals lived in regions where the pandemic started.”

In other words: though the first officially noticed covid-19-infected Italians were in February 2020, there had been covid-19-infected people in Italy starting by no later than September 2019. Consequently, one reason why Italy was one of the three most covid-19-infected nations as early as 1 March 2020 (right behind China and South Korea), might be that China and South Korea were the first two countries that noticed this new virus. On 31 January 2020, Italy suspended all flights to and from China and declared a state of emergency, but 26 February 2020 was the first date when Italy reported covid-19 cases, and there were already 147 in Italy on that date. The Italian Government explained its sudden cessation of air-flights by saying that a Chinese couple from Wuhan had arrived in Italy on January 23rd and became diagnosed with the new disease on January 30th. China had started reporting cases already a month earlier, on 23 January 2020: 259 of them. Within two weeks thereafter, China’s leaders established total  lockdown and intensive nationwide searches to find possible cases that they had previously missed; so, on February 12th, there was an enormous spike in China’s known cases, 14,108 of them, reported on that date. That number declined down to 573 new daily cases on February 29th. No number even close to that number (573) has been reported after that date in China.

Two weeks after 1 March, on 15 March 2020, Italy had by far the world’s highest intensity of coronavirus infections as calculated at that time, at the rate of 409.3 cases per million residents, and China had 56.2 cases per million. (U.S. had 11.1 per million.) However, the tiny nation of San Marino, which is surrounded within Italy, had 109 total cases, and only 34,232 population (which was too small for that nation to have been included among the ones which were then being calculated); so, that’s a per-million rate of 3,184 infections per million, which was actually (and by far) the world’s highest rate of covid-infections, at that time. Consequently: the first person who became infected by this virus could well have been a San Marinan, instead of an Italian.

As more research is done, regarding this virus, the actual geographical source of it could turn out to be any country, because international travel and tourism are now commonplace, which was not formerly so. Maybe the Italian cases in September 2019 had resulted from a foreign visitor, instead of from an Italian. In the future, global pandemics will likely be far more frequent than in earlier history, but technology (such as vaccines) and the world adjusts so that there might not be a higher percentage of the global population dying from plagues than has been so in the past. Making predictions on the basis of the latest prior mega-pandemic, which was the Spanish flu of 1918-1920, might not be entirely appropriate. The Spanish flu most likely started in America, not in Spain, but, according to Wikipedia, “To maintain morale, World War I censors minimized these early reports. Newspapers were free to report the epidemic’s effects in neutral Spain, such as the grave illness of King Alfonso XIII, and these stories created a false impression of Spain as especially hard hit. This gave rise to the name ‘Spanish’ flu. Historical and epidemiological data are inadequate to identify with certainty the pandemic’s geographic origin, with varying views as to its location.” In other words, what the masses of the public believe at any given time can be shaped by the government and by its newspapers and broadcasters, simply by hiding facts that the people who actually control the country don’t want the public to know. Censorship is the core of dictatorship, and almost all countries are actually dictatorships, but the news-media there censor-out that fact, instead of publishing it. So, the reality of censorship is, itself, hidden from the public, in order for the people who control the government to control the masses so that the nation can be called a “democracy.” That’s important for them to do in order to minimize the percentage of the population they’ll need to imprison. However, the United States already has a higher percentage of its residents in prison than does any other country; and, so, its news-media are especially highly censored, in order to be able to prevent an outright revolution. Forcing both the body and the mind could turn out to be too much, but apparently the individuals who are in control feel they need to go that far, in order to remain in control.

But, regardless, any politician who calls covid-19 “the Wuhan virus” or “the China virus” is expressing that person’s agenda, instead of anything about reality, since the actual first case of this disease could have appeared anywhere.

(NOTE: The “gain-of-function” hypotheses, and evidence of Chinese bio-warfare research being funded by the Pentagon and participated in by Canada, do raise questions, which should be answered; but more basic than whether this virus was natural or instead man-made, is precisely where and how it first got released out into the public. We don’t yet really know the answer even to that extremely important question — a question which must be answered BEFORE one can even begin to address the question of whether that event was natural or instead military. This is the basic question, and its answer is still unknown. It’s the first question that must be answered before anything else can become known about how the global pandemic started.