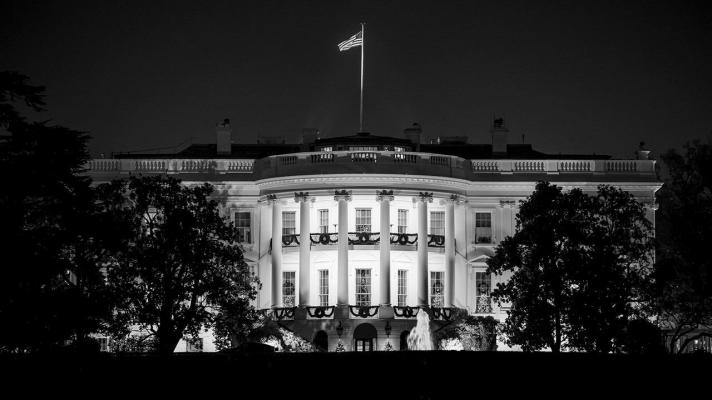 Interventionism, Business and Digital Surveillance Return to the White House

The Deep State is a way of executing power in the United States through an invisible branch without affecting the facade that falls on the federal government in the White House. The clandestine nature of this National Security State (also called so because of its securitarian conformation after the Patriot Act of 2001) allows for the existence of a web of covert networks that operate independently, but with real impact on American activities.

This behind-the-scenes network, which generally responds to economic and financial interests, has the capacity to do the dirty work and move the necessary pieces through its intelligence apparatuses. Mike Lofgren, a former U.S. Congressional staffer, defines the deep state as “the red thread that links the war on terror, the financialization and deindustrialization of the U.S. economy, the emergence of a plutocratic social structure, and political dysfunction”. This way of proceeding could gain strength in the new political process underway in the United States after the elections of November 3.

The illusion of progress

Since the Joe Biden-Kamala Harris formula was defined, the myth that projected them as a duo that would promote substantial changes in both U.S. domestic and foreign policy has been shattered.

One only has to look at the political history of this duo to know that these hopes were not founded on their merits, but based merely on their supposedly representing a lesser evil. This is because the figure to be defeated is the still President Donald Trump, whose leadership was undermined by the clumsy handling of the pandemic and the social protests following the murder of George Floyd at the hands of the police.

This last fact was used by the Democrats to demonize Trump and promote conciliation through the rescue of an alleged national spirit that had been lost with the arrival of the magnate president.

The media that projected Biden as president-elect seem to have forgotten the record of sexual harassment, racism, and support for segregationist policies, endorsement of social security cutbacks, and other policies that favored billionaires.

Nor do they mention the warlike actions that have had deadly consequences for millions of people, including sending troops to the border, to the Middle East, and the design of Plan Colombia, policies and actions that are widely blamed on Trump.

The shock of the anti-racist protests also overshadowed the record of Kamala Harris, who because of her ethnic heritage, was promoted as a progressive hope to counter the advance of supremacism by the current president’s followers.

Beyond the façade of the immigrant daughter of a civil rights activist who aspires to become the first U.S. vice president, Harris has an obscurantist record. Withholding information to protect police corruption, as California’s prosecutor, she “maintained retrograde judicial policies” that in many cases affected the poorest people, in addition to serving Wall Street’s big interests. These are only part of the record ignored by the media.

The Faces of Transition

In addition to the brief criminal histories of those at the head of the new U.S. government, there are also other political figures with dark pasts who may be part of it. Last week, the Democratic transition team “released the names of the people who are on their ‘agency review teams’ that will prepare Biden and his cabinet for his administration,” Kevin Gosztola, director of Shadowproof, said on his Twitter account.

According to the media director, who is dedicated to exposing abuses of power in the U.S. government and business, one of the names on the list is Matt Olsen, a former Obama administration official who was director of the National Counterterrorism Center.

He also served briefly as general counsel of the NSA (National Security Agency) and executive director of the Gitmo Review Task Force, a task force created by an executive order to determine the status of detainees at the Guantanamo Bay prison.

As general counsel of the NSA, he dismissed Edward Snowden’s allegations against that institution, claiming that the former CIA agent’s allegations had little to do with privacy and civil liberties, joining the chorus of voices from former officials to discredit the also former NSA agent. We should remember that Snowden made public several secret security agency documents, including the PRISM and Xkeyscore mass surveillance programs.

Another on the list of those who will prepare the new cabinet is Greg Vogle, a partner in a company founded by a former CIA station chief in Afghanistan; he was also an advisor to DGC International, a US military contractor whose aim was to maintain its dominant presence in the Middle East.

Eric Velez-Villar, who spent 30 years with the FBI before becoming Disney’s chief of security and protecting the corporation’s “confidential information,” would also be part of the Biden-Harris formula.

Eric Velez-Villar spent 30 years at FBI and eventually was a senior executive for Intelligence Branch. He left to become head of security for Disney's parks and resorts and protect corporation's "sensitive information."

He is volunteer for Intelligence Community Group. pic.twitter.com/DDamTf0JNh

Also, Carmen Middleton, also a Disney colleague who was a former deputy executive director of the CIA. “She was the highest ranking Latina in the CIA and proved that women like her can also destabilize the world in the name of American democracy,” says Gosztola.

Carmen Middleton also has worked for Disney. She is former deputy executive director of CIA. She was CIA's highest-ranking Latina and showed women like her can destabilize the world in the name of American democracy too.

Another candidate for the executive is Linda Thomas-Greenfield, a former Under Secretary of State who managed U.S. policy towards sub-Saharan Africa under the neo-colonialist vision of President George W. Bush.

Linda Thomas-Greenfield was US assistant secretary of state for African affairs and has been the senior vice president for Albright Stonebridge Group's Africa section.

Thomas-Greenfield is a volunteer and team lead for State Department group. pic.twitter.com/ENk8UHABqy

The fact that Thomas-Greenfield is the leader of the State Department’s agency review group, according to the American journalist, is an indication that Biden will be appointing Susan Rice to serve as Secretary of State. Rice was ambassador to the United Nations from 2009 to 2013, and subsequently National Security Advisor to the Obama Administration. She is known for bringing the former president’s war policy to the Middle East.

That is Thomas-Greenfield is the lead for State Department agency review group may be one of clearest indications Biden will nominate Susan Rice to serve as Secretary of State.

When Rice was attacked in pages of New York Times for "diplomatic disasters," she defended her. pic.twitter.com/QuOKj2PVz0

As developer and manager for US policy toward sub-Saharan Africa, was a cheerleader for President George W. Bush's Millennium Challenge Account.

The MCA is neocolonialism. It is designed to privilege US corporations and enable exploitation of emerging African economies. pic.twitter.com/fj02jrktyV

To conclude these mentions, it is necessary to name Roberta Jacobson, a former U.S. ambassador to Mexico who describes herself as an expert in “Latin American business and politics”. She will be remembered in Venezuela for supporting the guarimbas promoted by Leopoldo López, María Corina Machado and Julio Borges in 2014 under the “La Salida” plan.

Roberta Jacobson is a former US ambassador to Mexico and describes herself as expert on "Latin American business and politics." She has worked for Albright Stonebridge Group.

She is a volunteer for the State Department group. pic.twitter.com/UsUBOGGyys

Although not all those named by Kevin Gozstola are on the list, it is enough to see the record of interventionism, business and control policy through espionage that these figures have to know that any hopeful vision of change in U.S. politics is erratic.

Perhaps that rescue of the national spirit that was mentioned at the beginning after Trump’s arrival has to do with returning to the scheme of imperial intervention known with the Obama administration and its precedents. The fact that these men and women from the intelligence and security agencies are taking the reins of the White House is an indication that the warlike approach with its policy of terror will be further accentuated.