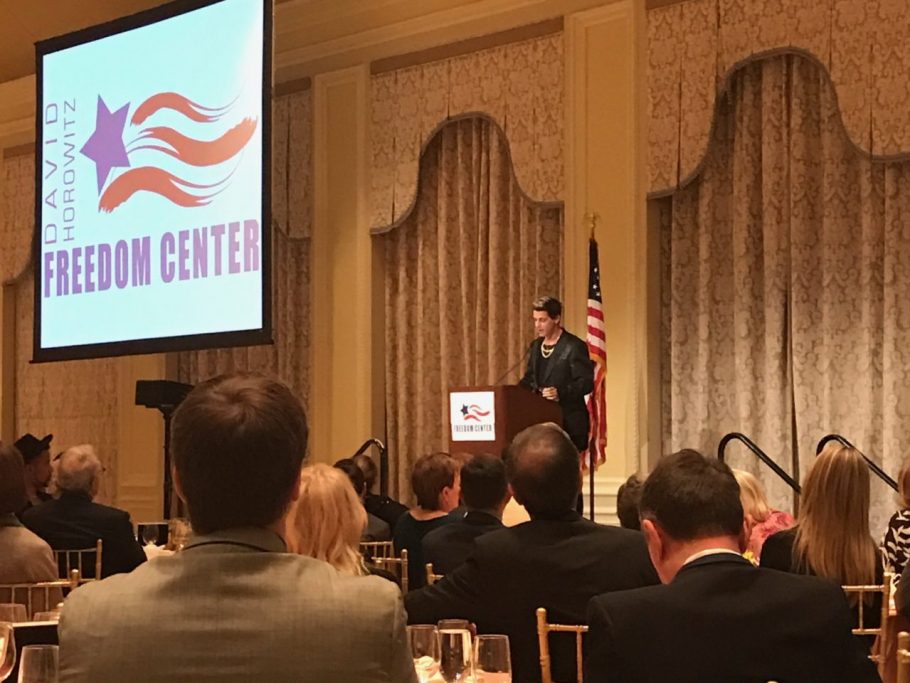 In November 2017, both Douglas Murray and Dr Alan Mendoza of the prominent conservative think tank the Henry Jackson Society (HJS), spoke at the annual Restoration Weekend, organised by the David Horowitz Freedom Centre.

Held the year after Donald Trump’s election, the 2017 Restoration Weekend was a key celebration of the success of  ‘Alt-Right’ nationalists. It was hosted by David Horowitz, who had spent years mentoring President Trump’s senior advisor Stephen Miller, regarded as the driving force behind his administration’s “racist” policies – including the legal architecture of the ‘Muslim ban’.

An email leak revealed that Miller promoted white supremacist conspiracy theories to the Alt-Right publication Breitbart while forging close ties with its then executive chairman, Steve Bannon. In 2013, Bannon attended a Restoration Weekend event along with his Breitbart sponsors Robert and Rebekah Mercer and came up with the idea of installing a new leader into the conservative movement – “an outsider to shake things up”. 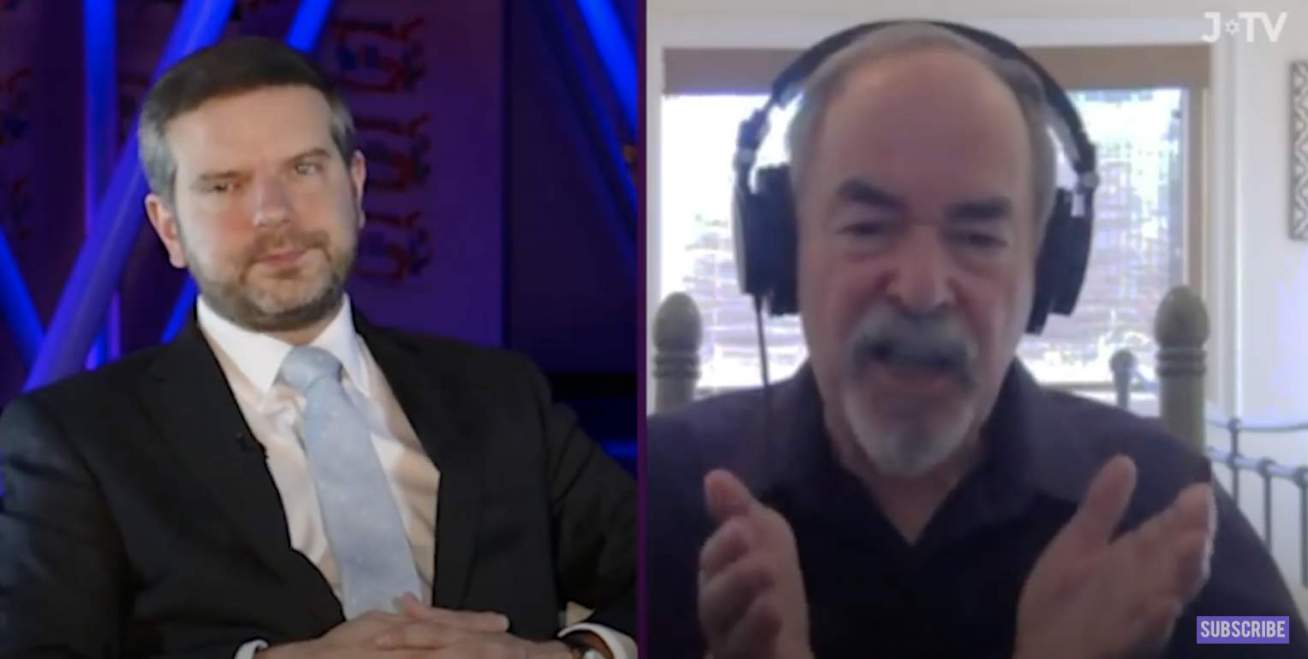 Just six months before the 2017 Restoration Weekend, the HJS’s executive director Dr Alan Mendoza invited the host David Horowitz onto his YouTube television show to discuss extremism on college campuses. After raising legitimate concerns about anti-Semitism in universities, Horowitz went on to claim that American Muslim student groups are little more than “terrorist front groups” orchestrated and funded by the Muslim Brotherhood and Hamas. Mendoza nodded as he listened to Horowitz’s claims, even though they have been debunked as Islamophobic conspiracy theory.

Horowitz has been described as “a driving force” of the “anti-black movement”. Just a week before the event attended by the HJS, Horowitz declared that “the country’s only serious race war” is “against whites”.

A Who’s Who of White Nationalism

Many of the attendees joining Murray and Mendoza at the Restoration Weekend read like a Who’s Who of Trumpworld white nationalists: the Breitbart columnist Milo Yiannopoulos; the shock-jock reporter Ann Coulter; and international ‘counter-jihad’ icon Robert Spencer whose publication Jihad Watch was cited 162 times in a manifesto by neo-Nazi terrorist Anders Behring Breivik who killed more than 70 people in Norway in 2011.

Also present was the far-right British commentator Katie Hopkins, who told the conference that in the UK “discrimination against whites is institutionalised and systemic”.  She was joined by James Damore, the engineer fired from Google after sending out an internal ‘anti-diversity’ memo, claiming wrongly that “biological causes” explain the under-representation of women in tech. 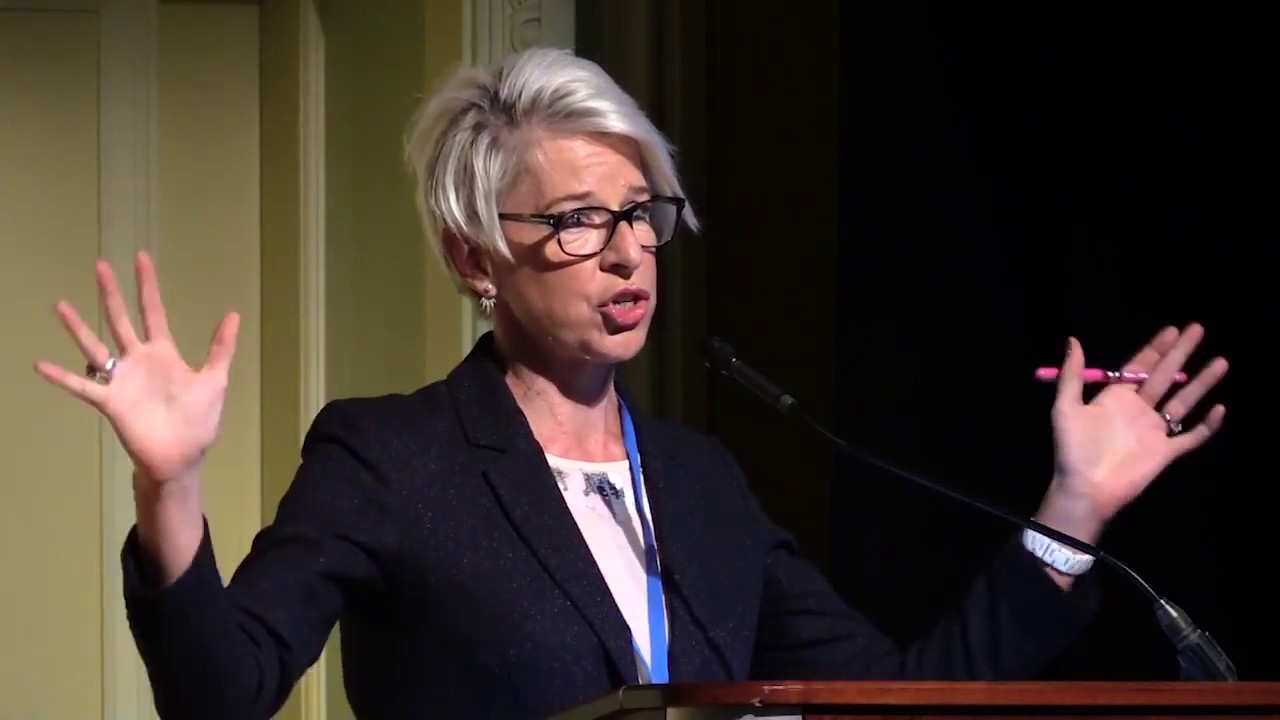 Other speakers included Gavin McInnes, the founder of Proud Boys, a group designated as “extremist” by the FBI in 2018. McInnes has published anti-Semitic material and Holocaust denialism via the Canadian media organisation Rebel News and on his own personal platform. At the Restoration event, he began his talk by describing France as a “weak… country of homos” and then boasted about how the Proud Boys regularly “beat the crap out of” anti-racism protestors using “justifiable violence”.

Another speaker was Trump’s former deputy assistant Sebastian Gorka, previously Breitbart’s national security editor. Forward magazine revealed Gorka to be a member of a Hungarian military order which collaborated with the Nazis by helping to deport thousands of Hungarian Jews to concentration camps in 1944. According to the American Jewish advocacy group, Bend the Arc, Gorka “co-founded a far-right political party in Hungary with known anti-Semites” and “wrote several op-eds for Magyar Demokrata, a paper notable for publishing anti-Semitic articles”.

These speakers had been announced well in advance of the event, but Mendoza and Murray attended anyway. 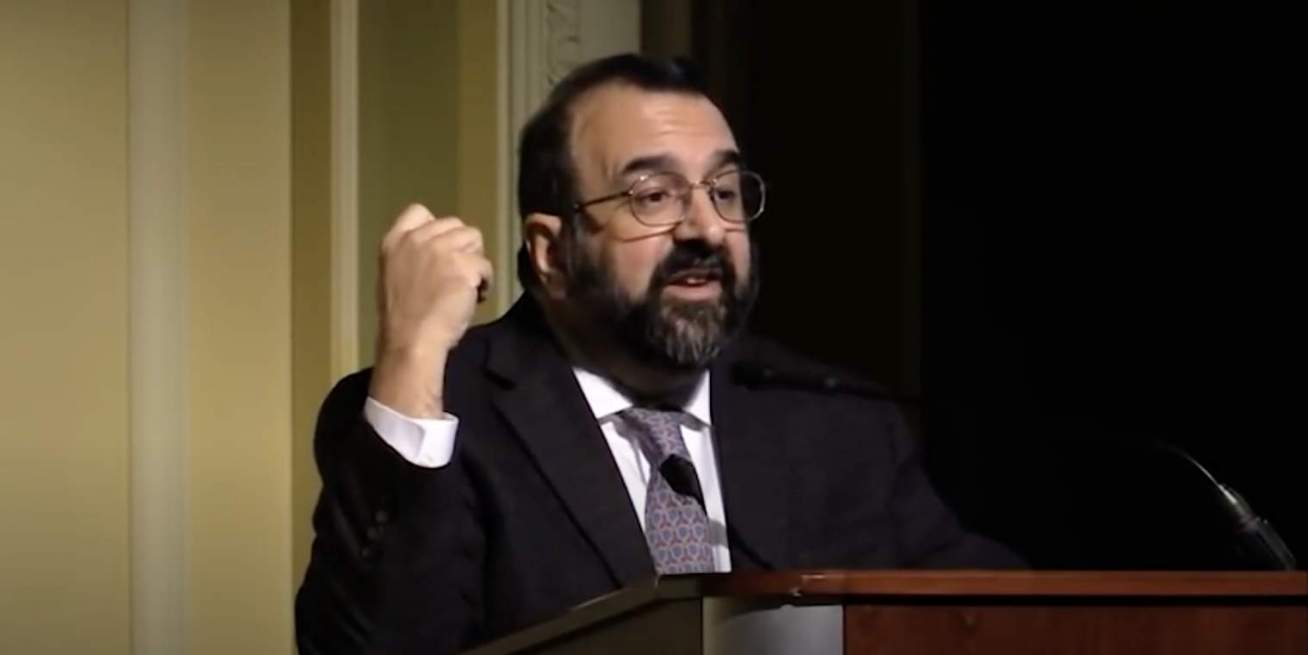 ‘Counter-jihad’ leader and anti-Muslim extremist Robert Spencer speaking at the 2017 Restoration Weekend. He was banned by the UK Government in July 2013 as an extremist

Turning Europe into a ‘Swamp’

Douglas Murray first attended Horowitz’s conference in 2011 – the year he joined the HJS as an associate director.

His 2017 speech to the key figures around Donald Trump focused on ethnicity and concluded that Europe was in danger of becoming a “swamp” and a “larger version of Mogadishu”.

Drawing on his book The Strange Death of Europe, Murray’s main theme was the danger of “diversity” in Europe resulting from the “mass movement” of foreigners from Asia and Africa into Europe “going on for decades”. He described ethnic minorities in Europe as “different people” who have simply “walked into that continent”.

He particularly singled out Indian and Sudanese people: “The first person from, for instance, India to bring Indian cuisine into the UK does an interesting service, vims up the local cuisine. It’s not the case that the next 100 Indians who come in, for instance, bring a hundred times more interesting cuisine.

“It’s not the case that the first Sudanese poet who enters the UK massively brings interest, and that the next 1,000 people who come in from Sudan continue to just bring ever richer versions of the poetry of Sudan.”

He then suggested that a wider range of cuisines in Europe due to immigration would be offset with “more gang-rape and beheading”.

Murray described Europe’s ethnic minority communities as fundamentally “different people” whose presence on the continent means it is no longer “the same”. Europe’s Muslim minority would, in particular, be “very hard to digest” compared to other minorities. 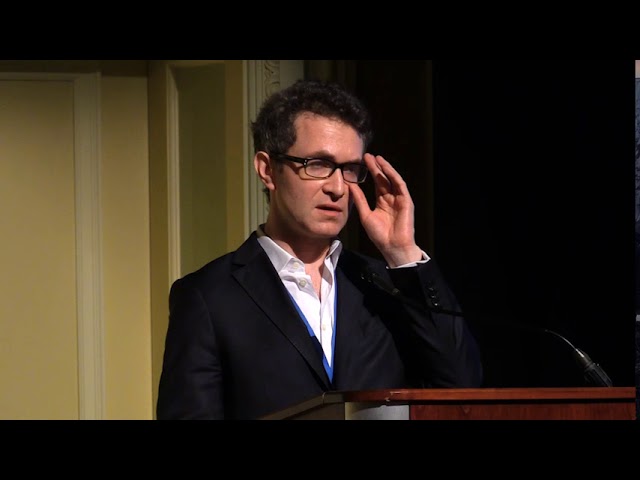 He concluded that “Europe is committing suicide, or at least its leaders have decided to commit suicide” and warned that they were in danger of passing on “something like a large version of Mogadishu to the next generation”.

Murray observed: “It’s in the balance there in Britain as it is here. But in the years ahead we’re all going to be walking through the same swamp.”

His speech to the Trumpworld luminaries was the culmination of Murray’s previous thinking. In 2013, for instance, he complained about “white Britons” being “abolished” due to too many ethnic minorities in London. As Byline Times reported, Murray has previously endorsed a ban on immigration from Muslim countries and, three months before the Trump campaign announced its ‘Muslim ban’, Murray told Frank Gaffney (the man cited by the Trump team to justify the policy) that such a measure could be the solution to the Muslim “demographic time-bomb”.

At this point, the Henry Jackson Society began receiving funding from the UK Home Office for research on Islamist militancy.

From 2015 to 2017 – the same year that the HJS attended the Restoration Weekend – the Home Office paid more than £80,000 to the organisation to produce research on Islamist extremism, according to the investigative journalism outlet Declassified.

In 2018, the HJS had a staffer working in the office of then Home Secretary Sajid Javid and, since then, the group has influenced a range of Boris Johnson’s foreign policies.

In the year they attended the Restoration Weekend, Murray and Mendoza worked closely with the current Cabinet Office Minister Michael Gove – who is not only a founding signatory to the HJS’ statement of principles, but from January to June 2017 was a director at the HJS.

In 2016, the HJS paid Gove £2,764 for a visit to New York. A year later, it paid him £492 for a trip to Washington DC to meet Trump administration officials, Congressional representatives and NGOs.

HJS staff have played key roles in influencing the highest levels of Government policy under Johnson, fed into the UK’s counter-extremism strategy, and liaised with the Metropolitan Police.

The Cabinet Office, Michael Gove, Douglas Murray and the Henry Jackson Society were contacted for comment. Gove was asked whether he agreed with the HJS’ participation in the network of white nationalists, and the comments made by his former colleague Murray. No responses were provided.