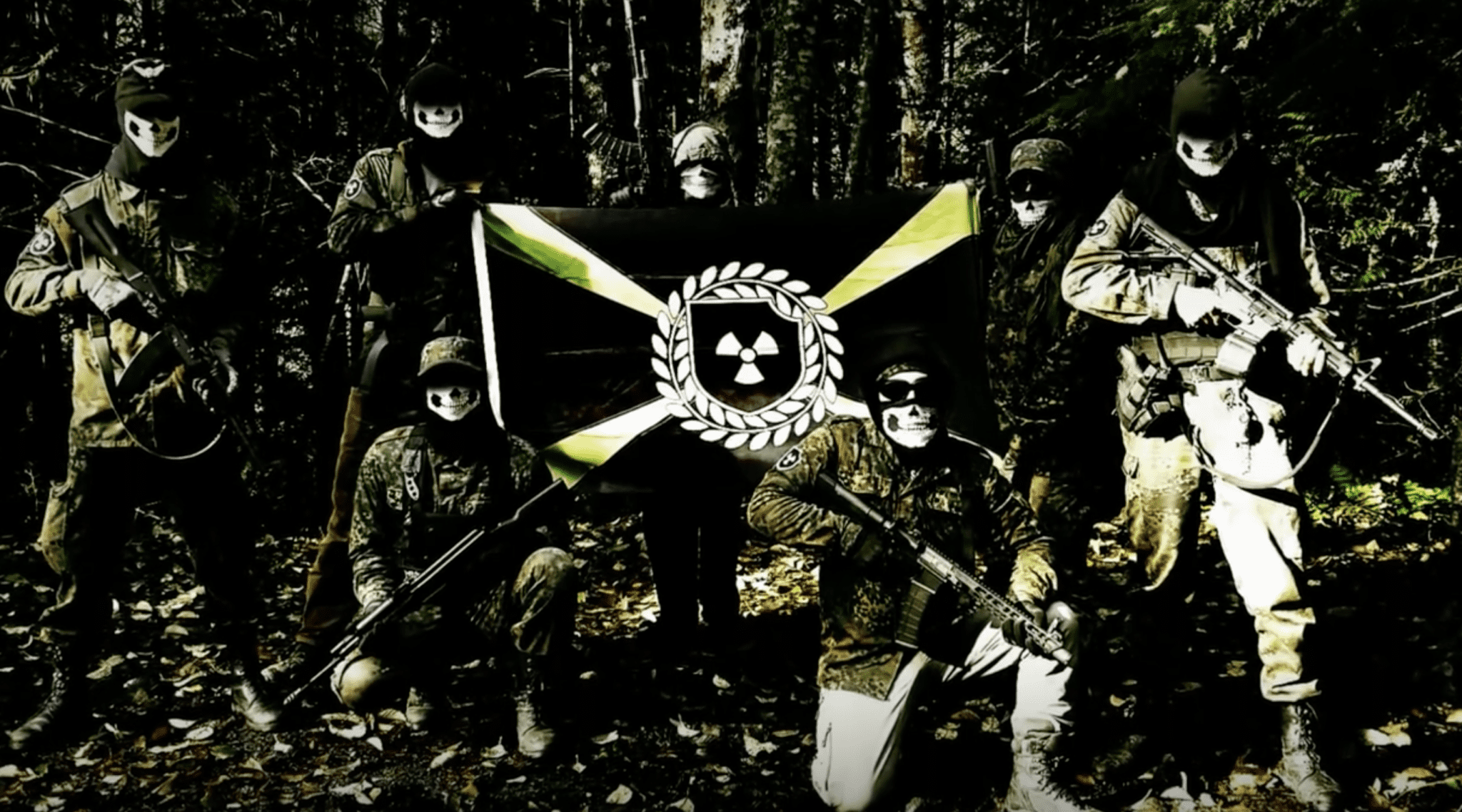 Social Degradation of the Political System Proclaimed as a Global Paradigm

The debate between Donald Trump and Joe Biden last Thursday brought up again the problem of the domestic social violence, rooted in American society and consistent with the exportation of militarism promoted by Washington, whose primary victims reside in Latin America, the Middle East and Africa. The elections will be held on November 3 and the axes of the last public debate were linked to the pandemic, the economic crisis and the growing racialization which is promoted and denied by the federal government. The last four years have seen the greatest effervescence of supremacist and neo-Nazi actions in the last 70 years, since the McCarthyist period of the 1950s.

Donald Trump has empowered the most violent sectors of American society and generated the proliferation of supremacist militias. In the last week, an investigation carried out by the FBI and the Department of Homeland Security resulted in a series of arrests in different states, linked to the militia called The Base, which promotes terrorist attacks against Latino, Afro-descendent and Jewish communities. The Base had training camps in Washington State, a few kilometers from the Canadian border, and coordinated the activity of thousands of recruits, adherents and sympathizers distributed in Europe, Australia and North America. The members of The Base communicate and interact through an alternative social network of Twitter (Gab.com), which embraces – by corporate definition – the circulation of hate speech, stigmatization and ridicule of minorities. Since Trump’s inauguration, Gab.com has become the discursive window of the so-called Alt-Right, a euphemism with which the supremacist right seeks to conceal its admiration for the Ku Klux Klan.

One of the detainees, Richard Tobin, had been a member of the Atomwaffen Division (AWD), a neo-Nazi group that emerged from the Iron March website, which brought together -until it was discontinued in 2017- a large part of the world’s accelerationist network. Some of the detainees had planned the assassination of anti-fascist activists, the same ones that Trump catalogues as potential terrorists for opposing police doctrines that detain, beat, imprison and kill -preferentially- people of African descent. Accelerationism is the doctrine disseminated by James Mason, which postulates the need to hasten the times of a supposed civilizational crisis, in order to eliminate the enemies of white supremacy. According to reports released by the Department of Homeland Security, The Base currently has autonomous cells in several countries of the world, organized in a disaggregated and unconnected manner, analogous to the model used two decades ago by Al Qaeda. One of The Base’s leaders, Rinaldo Nazzaro, defined the militia as “an organization that has no hierarchy among its members. It is a network of small subway cells, each with a high degree of autonomy. Mollie Saltskog, an analyst at The Soufan Group Research Center (an independent international security consultancy), considered that the operations of these groups are aimed at achieving a racial war. The latest research reveals that the militia had recruited several hundred militiamen from the Canadian and US military – 20% of them on active duty – to carry out attacks in the context of “an imminent social breakdown”.

The Base and Atomwaffen have also promoted, during the last three years, the enlistment of wolves on the loose, a method of appointing individuals armed with automatic rifles, who decide to shoot in crowded public spaces. The publicity of the members of The Base included images with the epigraph “burn down your nearest synagogue”, viralized through social networks after the massacre carried out by Robert G. Bowers, in October 2018, when he murdered 11 parishioners in the Temple in Pittsburgh. The dismantling of the terrorist network took place while Donald Trump continued his campaign of empowerment of the supremacist sectors, multiplied during the last four years.

Governors in danger
Emboldened supremacists at the Kentucky Derby

The last month also saw the dismantling of the Wolverine Watchmen, a militia accused of planning the kidnapping of two Democratic governors, Gretchen Whitmer (Michigan) and Ralph Northam (Virginia). Both leaders, according to the FBI, were identified by members of the militia as being refractory to the bearing of arms. The arrests came after Trump questioned Whitmer for promoting the Second Amendment restriction, the constitutional provision that provides coverage for the marketing of automatic rifles. The governor of Michigan denounced President Trump for failing to differentiate himself from groups that promote racial hatred, contempt for LGBT groups and Jewish communities. “When U.S. leaders embolden or fraternize with domestic terrorists, they legitimize their actions and are complicit,” said the governor after the arrests reported by the state police.

In response, Trump questioned Whitmer about the strict quarantine measures decided upon during the pandemic, and accused her of being ungrateful for not valuing the FBI’s support in the arrest of the Wolverine Watchmen: “My Department of Justice announced today that they succeeded in thwarting a dangerous plot against the Michigan governor. Instead of saying thank you, she calls me a white supremacist. That’s at the same time that Biden and the Democrats are refusing to condemn Antifa, the anarchists, the looters and the mobs burning down cities,” the President said. California Representative Jackie Speier said Trump’s goal is “to use terrorism to start a race war” and collapse the United States. Triggering social collapse may be a sick fantasy, but the reality is that domestic terror has claimed more lives than international terror since the Twin Towers. While the Michigan Federal Court requested life sentences for the six Wolverine detainees linked to the kidnapping attempt, the August 2020 Department of Homeland Security document listed supremacist groups as the most dangerous terrorism threat to the United States.

The Wolverine Watchmen were consolidated after James Alex Fields ran over a score of protesters peacefully demonstrating against a neo-Nazi mobilization in Charlottesville, Virginia, in August 2017. After the tragic episode, the president was only too quick to point out that among the supremacist participants “there were respectable people and very good people”. In the same logic, he called the Black Lives Matter movement “hate speech”. Consistent with these tenets, a group of Trump supporters, the Proud Boys, have launched a campaign of harassment against potential Joe Biden voters. Federal law enforcement authorities revealed – in the last week – a complex virtual device of bullying potential Trump opponents in those states where there is the greatest likelihood of influencing the Electoral College, including the State of Florida.

Those who planned the kidnappings participated in the march in Richmond, the capital of Virginia, last January, to repudiate the antiarmament policies promoted by Democratic Governor Ralph Northam. In September they organized the military parade that took place in front of the Churchill Downs racetrack in Louisville. The most famous horse race in the United States is held annually in that Kentucky city, and the supremacists decided to use the visibility to publicize their warlike aesthetics. The novelty was that the NFAC collective, the Afro-descendant militia, was deployed in front of them. The confrontational exhibition of both groups was a representation of the social disintegration of a public model that is intended to be displayed as a civilizing paradigm before the rest of the world.

Parallel to the multiplication of the armed militias, conspiracy theories based on supposed imminent risks caused by members of minority groups are being disseminated. Demonizations, promoted by groups known as QAnon, are based on dark fantasies that include the abuse and murder of white children and world control by an occult power. The theoretical framework of this conspiratorial tradition holds that the white and Western world is in danger of large-scale replacement, consisting of the substitution of Anglo-Saxons by Africans, Asians and South Americans. On September 25th, the businessmen who participated in the IDEA colloquium in Buenos Aires were unable to appreciate the words of one of their star guests, the multi-awarded New York Times journalist, Thomas Loren Friedman. Or perhaps they did not want to hear it because they projected the exact opposite of what they expected to hear: “If Trump wins, we will have some form of civil war in the United States”.

Meanwhile, in Latin America, local corporate elites and their domestic propagandists, self-styled journalists, continue to posit the American way of life as an admired, replicable panacea. Frantz Fanon warned in the middle of the last century that colonized thinking hinders the possibility of building an integrated social collective, because no one can establish anything if they prioritize admiration of that which is foreign, despise their own history, and pretend to be what they are not, and can never be.