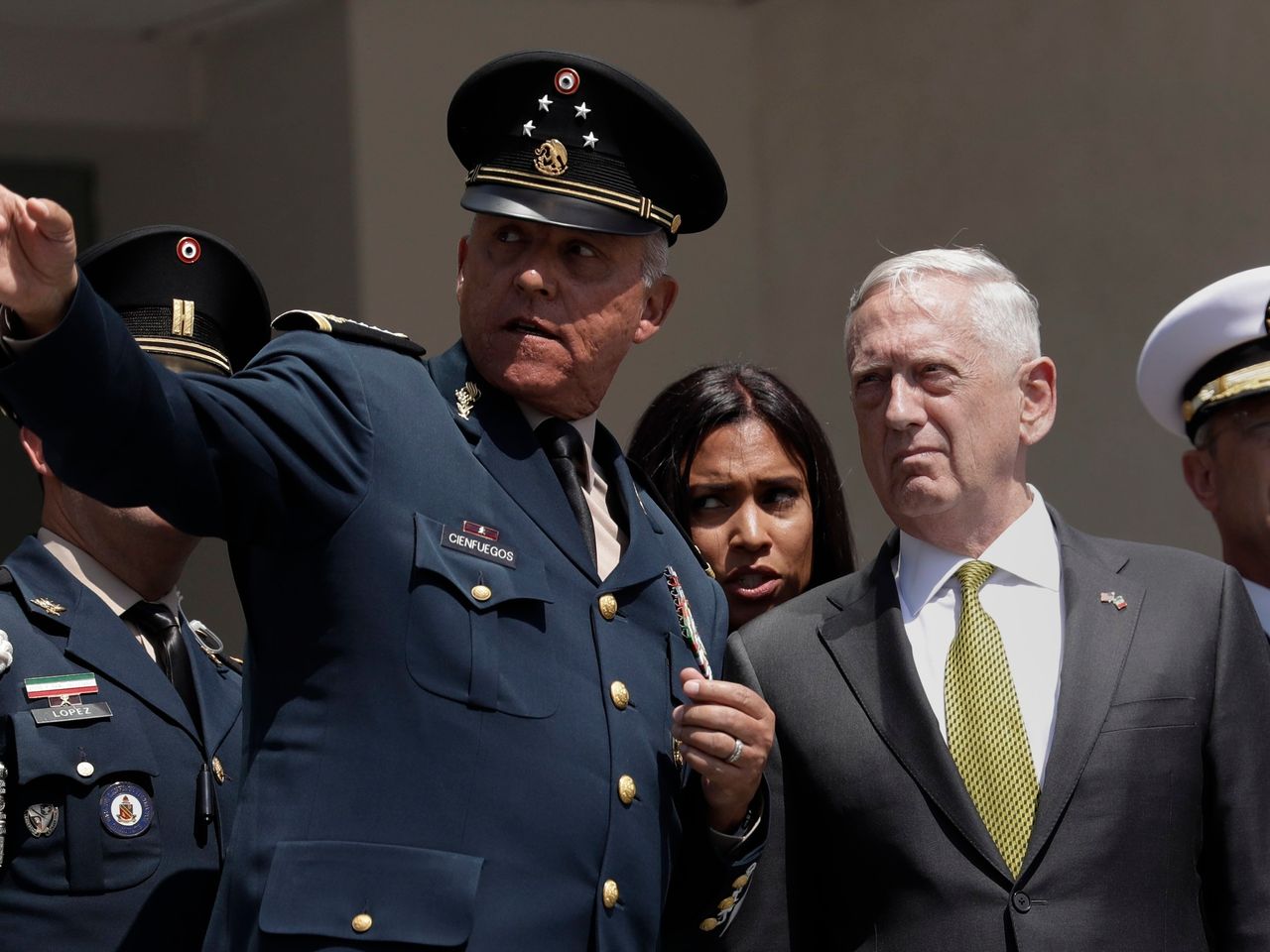 U.S. judicial system policies have led to the prosecution of two prominent figures from Mexico’s past governments in separate trials on charges of serving the drug trade. One of them has been Genaro García Luna, former Secretary of Public Security in the government of President Felipe Calderón Hinojosa (2006-2012). The other is General Salvador Cienfuegos Zepeda, former Secretary of National Defense in the government of President Enrique Peña Nieto (2012-2018). These are the apprehensions and trials that have shaken up the old structure of political power of the so-called “prianismo”. Namely, two of the highest officials of the governments prior to that of President Andrés Manuel López Obrador (AMLO).

In this regard, a book dedicated to the history of this character of the ergastulas of the Mexican right wing was recently published and was written by the journalist Francisco Cruz, entitled: “García Luna, el señor de la muerte” (García Luna, the Lord of Death). In this x-ray of the obscure character in charge of Mexico’s security who was at the service of famous drug-trafficking bosses such as the infamous “Chapo” Guzmán (head of the so-called Sinaloa cartel), the author tells us that García Luna played a role similar to that of other Latin American actors with nefarious memories in the waves of repression that took place in Peru when Peruvian President Alberto Fujimori was in power. Behind this Peruvian leader, Vladimir Montesinos was the repressive hand of the regime, and he is still remembered for his counter-insurgent, sadistic, corrupt and vengeful policy. Both characters are also identified as serving U.S. government organizations as informants for the Central Intelligence Agency (CIA) or the DEA. In the era of the “Peruvian Rasputin,” much of the responsibility for the kidnappings and the enormous information network that spied on guerrillas, businessmen, politicians, trade unionists, students and Peruvian social leaders fell to the Peruvian government. It is very similar to the one that García Luna promoted in Mexico. Comparatively both Vladimiro Montesinos and Genaro García Luna also went into self-exile. The Peruvian went to Panama and the Mexican to Miami, Florida in the US. However, both former security chiefs were eventually imprisoned, accused and prosecuted by their own sponsors. Francisco Cruz points out that another similar case is that of the Chilean General and Pinochet artist, Guillermo Conteras Sepulveda. As well as another character of Latin American terror in Argentina, as was the “Brujo”, José López Rega. He was a figure of the ergastulas of Argentine terror during the government of Isabel Perón. López Rega was famous because he formed the fearsome and ruthless death squads of the so-called Triple A (Alianza Anticomunista Argentina).

In good measure these are characters of the security and terror of the Latin American ultra-right, not to mention the equally fearsome characters of “Poker of terror” such as the former president Juan Bosch recalled while writing a book on the dictatorships of Rafael L. Trujillo (Dominican Republic); Anastasio Somoza (Nicaragua); Marcos Pérez Jiménez (Venezuela) and Fulgencio Batista (Cuba).

A significant feature of García Luna’s profile is his deep bond with drug trafficking. His subordination and transmission of political power to the interests and expressions of drug trafficking organizations. One of these characters who has been even more powerful is former Colombian President Álvaro Uribe Vélez. He has been repeatedly singled out for his links with Colombian drug cartels and with the paramilitaries in that South American country. Recently he was taken to a short period of house arrest.

The other Mexican figure who has been linked by his ties to drug trafficking is the former Secretary of Defense, General Salvador Cienfuegos Zepeda. Apparently under the pseudonym of “El Padrino”. The U.S. government has accused him of several charges related to drug trafficking and money laundering. What stands out in the accusations is that he is accused of not respecting “public authority and the rule of law,” while at the same time claiming that he “endangered the security of U.S. public security officials” (La Jornada, 17/10/20). Another case in which the US government has accused high-ranking military officials is that of General Manuel Antonio Noriega. For the arrest of this Panamanian military official and CIA collaborator, the US government invaded Panama in 1989, causing the death of thousands of people in that Latin American country.

Mexican President Andrés Manuel López Obrador, initially indicated that it was “an unequivocal sign of decomposition of the regime and the degradation of the governmental function in the country during the neoliberal period” (La Jornada, 17/10/20). But he also pointed out that: “everything must be proven, we cannot advance vespers or make summary trials”. Without doubt, if the links of the ex-head of the Mexican army with drug trafficking are proven, the so-called fourth transformation (4T) will have to deepen its objectives and realize that there is also a drug-trafficking right wing linked to the political actors of the old regime.

Thus, we think that the arrest of the engineer Genaro García Luna, one of the main actors in the cabinet of former President Felipe Calderón Hinojosa, demonstrates the right-wing expressions in Mexico and their intimacy with drug trafficking. It should be remembered that it was the government of Felipe Calderón Hinojosa that unleashed the so-called “war on drugs” on December 11, 2006. Today in Mexico this war has generated an enormous death toll with more than 276 thousand homicides (El Universal, 21-01-2020), but also thousands of disappeared persons (more than forty thousand people) and the reporting of the discovery of clandestine graves containing various human remains almost every day in various parts of Mexican territory. In Mexico, without a doubt, one of the greatest problems of the popular government of President López Obrador (with more than 54% acceptance), is being able to defeat the deep-rooted power of drug trafficking and its deep connections to the Mexican political right.